Review: I Am Mother 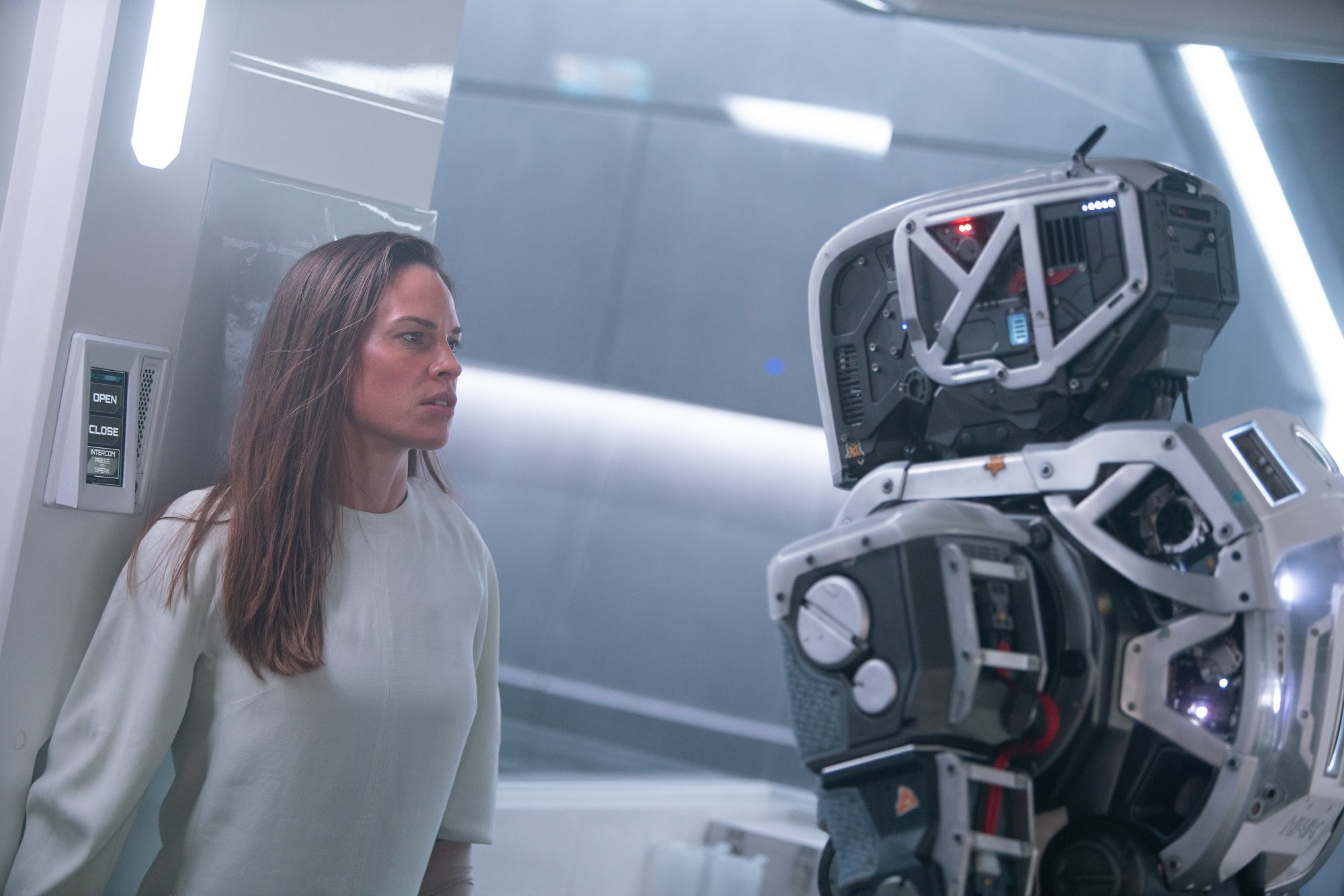 The post apocalyptic sci-fi thriller I Am Mother looks like a work of art, but boasts a story that feels like it was pulled straight from the remainder bin. Dragging a thin, sparse plot full of uninteresting red herrings and frustratingly unanswered questions past its natural breaking point, I Am Mother makes one remember one of the most famous lines in sci-fi history when thinking about its construction. They were so focused on pulling off something as technically dazzling as I Am Mother that they never stopped to consider if they should.

Following an extinction level event that has supposedly wiped out all human life on Earth, a robot (played by Luke Hawker, but voiced by Rose Byrne) working at a heavily fortified “repopulation facility” has been tasked with essentially rebooting the human race and raising them for an eventual return to the surface. With 63,000 embryos at her disposal for the experiment, the robot starts small, raising one young woman to see if the plan will work. The child grows up to be a smart, studious teenager (Clara Rugaard), and like most young people her age, Mother’s ward is growing antsy and restless in their bunker home. After investigating what appears to be a banging noise on the exterior airlock door, the teen discovers an almost feral survivor (Hilary Swank) in need of immediate medical assistance. Despite Mother’s misgivings, the girl lets this stranger in, but the older woman doesn’t trust robots, suggesting that this supposedly maternal, kind, and doting machine isn’t what it appears to be.

I Am Mother is the debut feature for both Australian director Grant Sputore and screenwriter Michael Lloyd Green, and while they clearly love the kind of sandbox and toys that genre cinema provides, they’re not willing to push themselves far enough for their efforts to be taken all that seriously beyond noting how stunning the whole thing looks. Every frame of I Am Mother has been gorgeously and slickly composed, right down to the unnaturally polished floors that suggest Mother might have a buffing wheel in her undercarriage. Sputore and cinematographer Steve Annis have a mastery over light and shadows that makes the otherwise stock and uninspired setting of an underground scientific bunker pop brighter than it might’ve otherwise. I Am Mother is a very showy motion picture, but at least it’s allowing viewers the chance to immerse themselves into the plight of these three characters  effectively. It looks a lot like a music video (which makes sense, given that Annis’ has an extensive background in that field), but it’s edited like a work of slow cinema.

And boy is it ever slow, which is an unnecessary luxury afforded to something that isn’t particularly original when it comes to the scientific and ethical questions about human nature and artificial intelligence that it’s trying to propose with a sometimes risible level of self-seriousness. I Am Mother offers up ethical quandaries that’ve provided fodder for hundreds of better, more ambitious sci-fi thrillers (and even some of the worse ones), from Blade Runner to I Am Legend and pretty much everything in-between. It presents these questions about motherhood, the definition of humanity, and the ethical rebuilding of mankind in the wake of global catastrophe in a sophisticated fashion, but then proceeds to never do anything with them in favour of turning I Am Mother into another bog-standard, monotonous rip-off of The Terminator (right down to a painfully obvious and frankly embarrassing cut-rate musical cue), only this time with a wrinkle that the robot’s motives might not be all that nefarious. 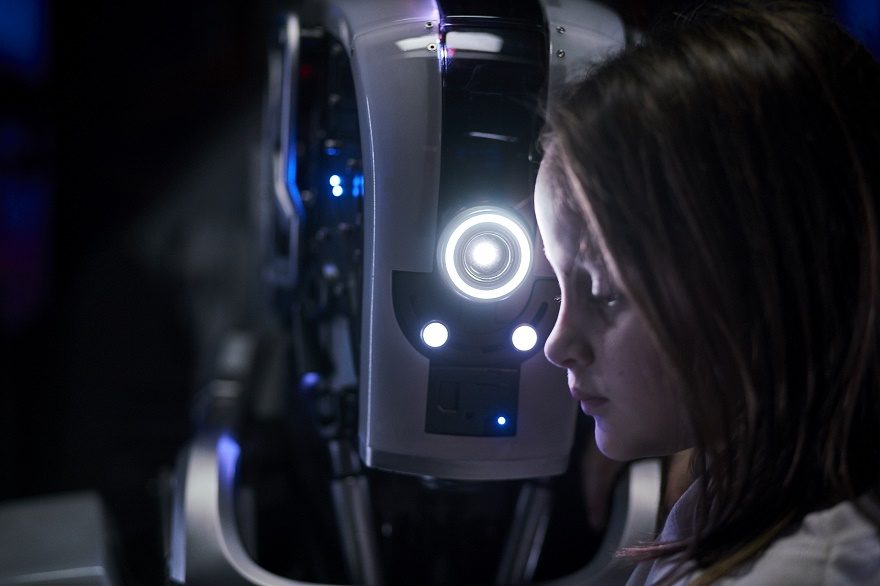 Once Swank’s character shows up around the thirty minute mark and the twists start piling up, I Am Mother becomes hard to talk about without spoiling outright. Even if I wanted to spoil the film, there’s still not much to talk about. There are precisely three directions Green’s screenplay can go: the robot is secretly evil, Swank’s character is secretly evil, or both of the characters are secretly evil. While it’s admirable to keep the film limited to three characters – all of whom are searching for answers to different questions – I Am Mother doesn’t have enough meat on its bones to push itself towards the two hour mark. It isn’t a film that’s playful with its swerves and deceptions, shrugging off any attempts at suspense as if they were inevitable and unavoidable detours instead of anything impactful.

The actors are all doing the best work they can, but they haven’t been directed or scripted to do much more than the bare minimum. Even when the film becomes something slightly more sprawling in the final third (building towards a sequel-baiting conclusion that’s the least interesting and inventive option of the three outcomes listed above), the climax turns out to be as plodding and obvious as the opening segment, only without the interest of watching a world coming into sharper focus. Just as I Am Mother should be getting more interesting, it becomes more predictably disappointing. It’s a film that works very hard at trying to convince viewers that they’re watching a heady sci-fi magnum opus, but it’s really just a barely passable B-movie with a healthy coat of varnish slapped onto it.

I Am Mother isn’t so much a memorable debut for Sputore as a feature filmmaker, but it’s an effective enough calling card. It’s a damn fine demo reel. It looks outstanding, particularly the robot, which is less impressive in how it looks (think about the next logical evolutionary step for cinematic bots after Short Circuit’s Johnny 5 and Neill Blomkamp’s Chappie, only with a face that looks like a digital projector tipped onto its side) and more captivating in terms of its movement. I Am Mother is a triumph for the technical departments, and one that those craftspeople should happily put on their resumes. As for the actors, one will likely forget they were even in the film, no matter how hard they’re trying to make I Am Mother work. I would say that I Am Mother is a disappointment, but there’s not even much to be let down by here. The visuals will remain long after the movie ends, but you’ll be hard pressed to remember much of anything else.

I Am Mother is available for streaming on Netflix starting Friday, June 7, 2019.

Check out the trailer for I Am Mother:

I think you may be missing out, on several levels, with this one.
First, the consistency of the full plot and mother theme. Both easily bear further thought and re-viewing.
Secondly–so great, so apt, the purely female ensemble cast (guy in the robot suit hardly counts). The various mother to daughter encounters are psychically powerful, as scenes and enactions.
As visual treat, the film successfully is and goes beyond a credible montage, with cannily calculated allusions to Alien, 2001, Terminator, Matrix.
This could be a sleeper that, a la Blade Runner, outruns its early critics. It’s surely far better than tepid reviewers have ventured.

I agree with every word you said, these were my thoughts exactly.