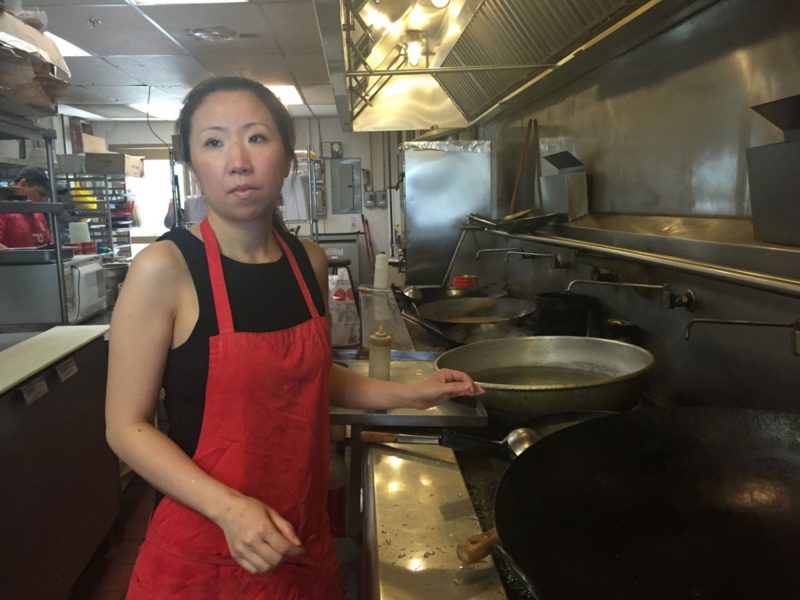 In 2011, 35-year old Chinese immigrant and restaurant manager Bei Bei Shuai was eight months pregnant with the baby of her older ex-boyfriend and living in the state of Indiana. Critically depressed and feeling hopeless after her break-up and abandonment, Shuai attempted to take her own life by ingesting rat poison. Shuai survived the suicide attempt, and the baby was born, but it died days later. Indiana is one of 36 American states that places feticide on par with capital murder. Shuai was arrested, imprisoned, and charged with both murder and feticide – facing a sentence of forty-five years to life if convicted – making her the first woman ever charged with such crimes as a result and by-product of a suicide attempt.

Rosenblatt and Lipschutz predominantly follow Bei Bei and her pro bono lawyer, Linda Pence (no relation to Indiana politician, feticide lawmaker, and current Vice President Mike Pence) as they attempt to mount their case, while Shuai does her best to move on with life after such a dark period. Quite tellingly, Rosenblatt and Lipschutz also spend time with prosecutors who repeatedly state that they’re simply tasked with applying Indiana state law to the facts of the case. They don’t even seem that excited or impassioned to be filing charges against Shuai, but that’s the lay of the law.

All the details of Shuai’s case and the frightening religious and historical precedents behind them are laid out in a rather matter-of-fact fashion by the filmmakers, but that doesn’t mean that the documentary doesn’t speak to a wide range of various issues caught up in such a tragedy. More than just another look at the revived debates over when life begins, Rosenblatt and Lipschutz’s film is a cautionary look at the ways women are losing autonomy over their bodies, the fear of being an immigrant in a country with a vastly different legal system, cultural traditions and the shame that comes from breaking them, and mental health stigmatization and discrimination. It also takes to task fetal murder laws – which were largely drawn up in the wake of the Lacy Peterson case – for being just another way to impose religion unto the letter of the law.

Bei Bei covers a complex tragedy, modern political debates about women’s and immigrants’ rights, and the legal battle where they all intersect with great intelligence, empathy, and political relevancy. It’s a great start to this year’s festival and a sure-fire conversation starter on a number of issues that need to be talked about before such a tragedy ever happens again.

Bei Bei screens as part of the Toronto True Crime Film Festival on Friday, June 14, 2019 at 7:00 pm at The Revue. 15% of all ticket sales from the event will be donated to Abortion Rights Coalition of Canada.

Check out the trailer for Bei Bei: