What does the future hold for North x Google? 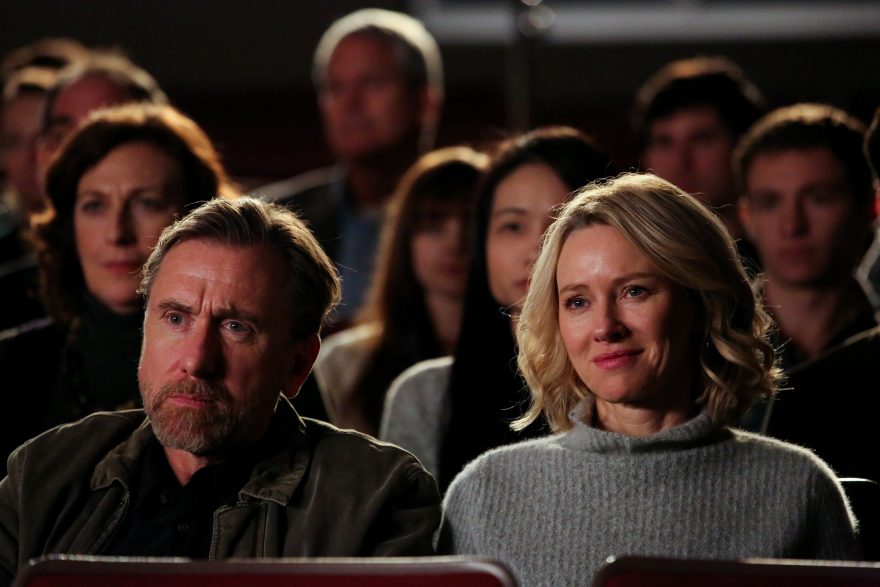 Although it might be biting off more than it can convincingly chew in a single sitting, the smartly written and exceptionally acted drama Luce is great examination of the muddy nature of modern discourse, human selfishness, race, and societal expectations, among other things. Luce, which takes its title from the name of the story’s deeply flawed and possibly troubled main character, is a rarity in cinema today: a film that’s both confrontational and dramatically satisfying. Luce will push viewers’ moral buttons to near breaking points, but constantly leave them enthralled and invested with whatever comes next. It might be too much of a good thing overall, with some of director Julius Onah and co-writer J.C. Lee’s numerous ethical threads and moving parts competing for screen time, but Luce remains an engaging provocation made expressly for our messy times.

Luce (Kelvin Harrison Jr.) is a model student. Born in war-torn Eritrea, Luce was adopted as a young child by Peter and Amy Edgar (Tim Roth and Naomi Watts), a married couple in Arlington, Virginia. He’s virtually at the top of his high school class, and will likely end up being valedictorian. He’s a star on his school’s track and debate squads. He’s so well regarded that it seems like the principal looks for any excuse to put Luce on stage, give a speech, and share his inspiring life story with the rest of his classmates. He has plenty of friends, and his parents, especially Amy, couldn’t be prouder. But one person in Luce’s life isn’t convinced that this young man is all he appears to be: his history teacher, Harriet Wilson (Octavia Spencer). Harriet raises some concerns to Amy and Peter after Luce hands in an assignment that’s meant to be written from the perspective of a famous historical figure. Luce, who chose a violent warlord that believes in killing anyone who opposed him as his subject, thinks that Ms. Wilson is out of line, and that she holds minority students (and women) to high, unreasonable standards. Harriet thinks that Luce is keeping a dark secret from his parents, and is willing to stop at nothing to prove her point. While Luce and Harriet carry out a lengthy psychological war between them, Amy and Peter start to formulate their own theories about what might be going on, and what it could all mean for Luce’s previously bright future.

Onah (The Cloverfield Paradox) and television veteran Lee have adapted Luce from the latter’s play, and the material’s stage roots are always obvious, but never a hindrance. If anything, Luce might be the type of project that might benefit most from a transfer from stage to screen. A lot of the film’s dialogue and themes might sound didactic if played to the back row of a proper theatre, but in a cinematic setting, the actors are allowed to dial things back and bring out subtleties in the material. Similarly, Onah has found a clever visual motif using lots of boxes, squares, and rectangles in the frame to give Luce some stylistic ambition that would be hard to recreate on stage. The idea of placing boxes within boxes within boxes might be a bit on the nose for a story all about placing human beings into metaphorical boxes, but Onah makes it work. It’s a film that relies heavily on its intricate writing, so Luce never has to go the extra mile to impress if it doesn’t want to, but the efforts to add layers to the already complicated story without distracting are appreciated.

Luce is the type of story where every scene ends with a major reveal. Someone ends up watching something they shouldn’t be privy to. Someone finds out a key fact that will change the audience’s opinion about another character. Characters hide things from one another and leave them to be found like ticking time bombs. Sympathetic flourishes will be introduced to characters that might appear utterly loathsome, and even the most detestable of tactics are rooted in some strange degree of empathy and moral fluidity. The true motives of each of the characters and their ultimate judgments towards others rise and fall, but always build towards conclusions that make dramatic sense, even if it makes you end up hating how they came to such ends. One of the biggest takeaways from Luce is the message that no one can ever truly understand the trials and stresses of another human being without first putting themselves in the other person’s shoes, and Lee and Onah have found eloquent ways of making the ineffable intricacies of relating to people audiences might not particularly like into something thrilling, humane, and bracing. Luce is a film based on discourse, empathy, and the dark side of human nature, but it’s as gut wrenching to watch it all unfold as any horror movie. 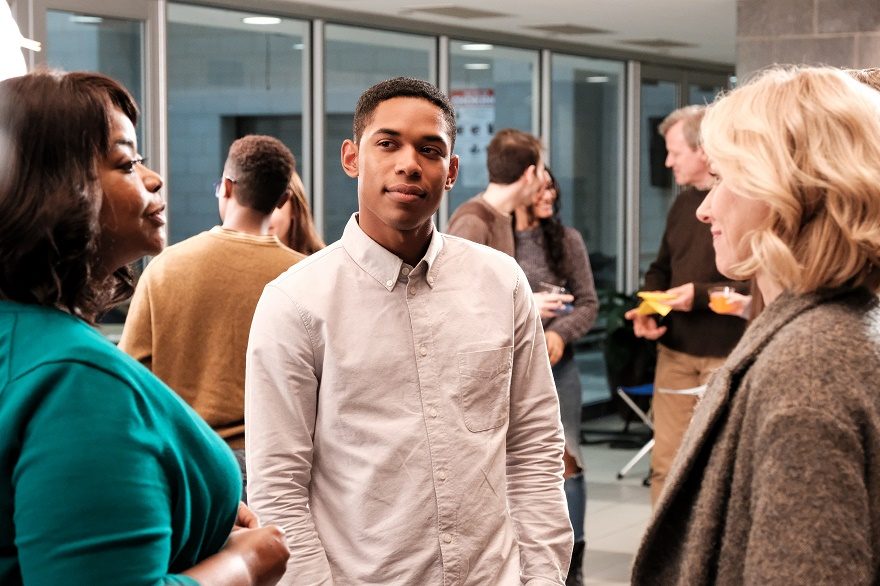 But that message about taking the time to understand others and step outside of your own prejudices and privilege is just one of many that Lee and Onah are trying to tackle. That thread rings truest even when the material goes to dark places, but Luce also sparkles whenever it talks about parental expectations, choosing sides, nature versus nurture, code switching, political correctness, “the evolution of social norms,” teachers who hold students to unfairly high standards based on race or gender, gaslighting, the danger of reading too deeply into coincidences, the stresses faced by high schoolers, the mental gymnastics people go through in a bid to believe pleasing sounding lies, mental illness, and the dangerous use of labels and profiling. From scene to scene, most of these threads tend to come together rather brilliantly, and it’s hard to talk about the specifics of any of them without spoiling the core secrets that Luce builds itself around. Harriet refuses to let Luce off the hook. Luce seems to get increasing pleasure out of tormenting Harriet, while hiding behind Amy, other friends, and school staff. Amy refuses to let Harriet’s prying destroy the life she’s built for her son, although her attempts at defending him are sometimes based on outright lies or deflection. Peter, the more conservative and less patient parent, keeps shifting his opinions based on the evidence at hand, but the whole exhaustive situation is slowly opening up long festering resentments between the husband and wife.

There is one thread that doesn’t land quite as well, however, and it just so happens to be the one that guides a lot of the film’s second half. There are allegations of sexual impropriety brought against Luce by his ex-girlfriend, Stephanie (Andrea Bang), an Asian student who also suffered some mental scarring as a result of Harriet’s racial and sexual profiling. Whenever Luce tries to tackle sexual assault and believing victims, Onah and Lee’s confidence starts to waver and the material shows some cracks. The rest of the film has tackled so many hot button issues head on that, when it comes time to shift gears, there isn’t much time and space left for Stephanie and her side of the story to be fleshed out in greater detail. It still works, and it definitely adds something, but it opens up a lot more questions that the film can’t properly address without sacrificing everything it previously set up. It’s not a misstep, just a thread that should be stronger, more pronounced, and integrated earlier into the narrative.

Even when the film seems like it’s leaping from one extreme topic and mood to the next, Luce remains grounded thanks to its impeccable quartet of leads. Watts and Roth haven’t been given roles this meaty and profound in ages, and Luce serves as a reminder of their immense talents. Spencer has an unmatched talent for playing characters trying desperately to keep their cool when all they want to do is scream, and it’s put to perfect use by Onah. Harrison delivers a star making performance that makes the audience constantly guess whether or not Luce is misunderstood, on the level, trying to get some sort of revenge, or is genuinely evil. It’s an electrifying performance that won’t be soon forgotten, and the many scenes that he shares opposite Spencer’s skeptic aren’t just the best in the film; they’re some of the best in any movie this year.

Not everything about Luce adds up, but that’s the point. Onah and Lee want viewers to puzzle over their drama as if it were a mystery and the investigation continues long after the film ends. It’s a film that pointedly shows how impossible it might be to draw conclusions about any of the characters and how some messes can’t become easily untangled. Even over a week after seeing it, my reading of the film keeps changing, and I am desperate to see it again and notice how things have evolved thanks to hindsight. Luce is a challenging film to write about and dissect, even when refraining from spoilers. Once you think everything has settled, you’ll remember another element that makes you question your opinions all over again. It’s a stellar encapsulation of the divisive nature of the world today, but also an unquestionably well made film that doesn’t rest solely on the importance and timeliness of its messages.

Check out the trailer for Luce: 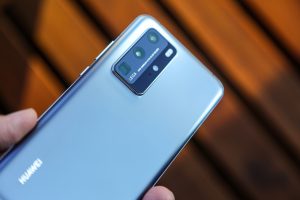