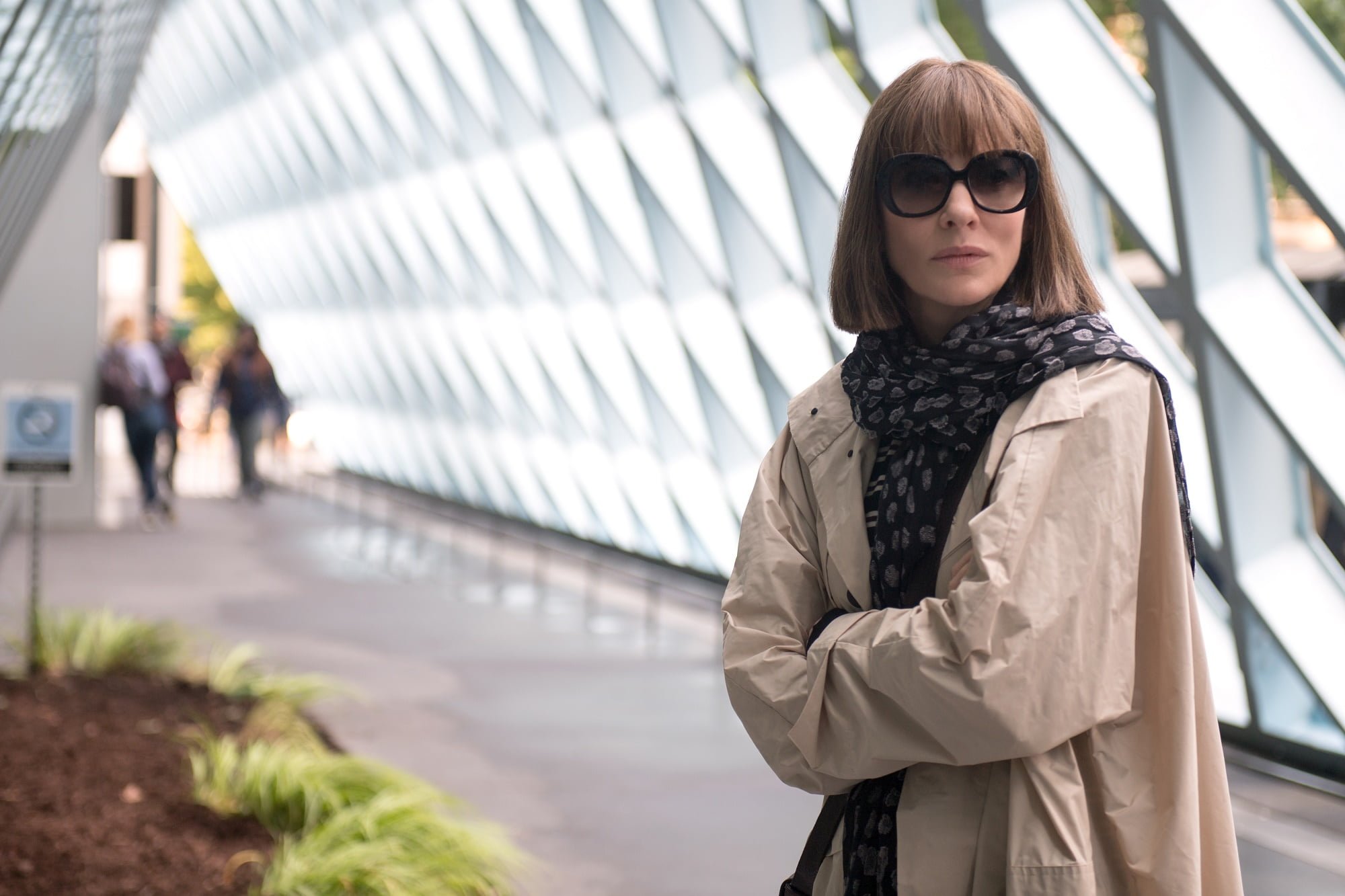 One of director Richard Linklater’s most fascinating (and bound to be misunderstood) projects in years, Where’d You Go, Bernadette is a soothing, yet complicated sort of bedtime story for adults. Based on Maria Semple’s uniquely crafted and plotted 2012 bestseller, based around the sudden disappearance of a woman in the midst of a decades long nervous breakdown, Where’d You Go Bernadette simultaneously finds Linklater indulging both his crowd pleasing and ambitiously experimental sensibilities at the same time. For a film that seems like it’s trying to court the broadest audience possible, Where’d You Go, Bernadette is strange, funny, heartbreaking, and most importantly, seemingly uncompromised. Not everyone will likely understand what Linklater and star Cate Blanchett are going for with this, and probably even fewer still will engage with the material beyond a surface level, but for anyone willing to do a bit of intellectual and emotional heavy lifting, Where’d You Go, Bernadette is resoundingly satisfying and one of the biggest surprises of an otherwise weak summer at the movies for mainstream fare aimed at adults.

Semple’s novel had an easily understood premise, but went about telling the story of brilliant, but troubled and stagnating female architect and family woman Bernadette Fox (played by Blanchett) in a playful, mysterious way, one that’s nearly impossible to adapt to film, but is done relative justice by writers Linklater, Holly Gent, and Vincent Palmo Jr. (who both previously collaborated with the director on the script for Me and Orson Welles, in addition to working behind the scenes on several other projects). Where’d You Go, Bernadette is told primarily through the voice and recollections of Bee (newcomer Emma Nelson), the titular character’s teenage daughter, who loves and respects her mom more than almost anyone else on the planet. It won’t be long before Bee moves away from her Seattle hometown to attend boarding school in Connecticut – something she actually wants to do and isn’t being forced into – but before she goes, she pleads with her mom and software developer father, Elgie (Billy Crudup), to take her on a cruise to Antarctica over Christmas break. The parents reluctantly agree – mostly because they’re well-to-do and can’t come up with a reason not to go – but the idea of a vacation is one of several catalysts that forces Bernadette into unravelling further.

In Semple’s novel, Bernadette’s troubles, feelings, desires, and setbacks are laid out in a time shifting fashion, primarily through information that can be found in emails, texts, transcripts, and is laid out a bit like a serio-comic detective novel. Knowing that he can’t simply dump massive amounts of text on the audience and expect them to read it, Linklater admittedly struggles slightly out of the gate in trying to figure out how to retain the novel’s playful sensibilities. Great deals of Where’d You Go, Bernadette are forced into telling viewers everything that’s wrong in the life of the protagonist rather than showing it, but it’s the various ways in which those key details and reveals are empathetically depicted that make the film an unlikely charmer which successfully bucks against everything mainstream filmmakers are told not to do when crafting a narrative.

There’s no real plot to the character studies at the heart of Where’d You Go, Bernadette, but it comes together in the same way that Blanchett’s once thriving and vivacious architect might go about designing a building. Bernadette won’t come out and say so, but she isn’t looking forward to watching Bee leave for school, and her relationship with the loving and perhaps overly supportive husband is on the rocks thanks to her increasingly erratic behaviour. Bernadette hasn’t designed anything new in over twenty years, and she spends more time warring with her entitled and hard headed NIMBY neighbour, Audrey (Kristen Wiig), and trying to score dangerously potent medications to treat her extreme social anxieties. Their home, which was already a fixer upper to begin with, is crumbling, literally and metaphorically. Bernadette is borderline agoraphobic. She doesn’t mind going out into the world, but she loathes interacting with people who aren’t Elgie or Bee. Whenever she goes out, painful memories and traumas from her past are constantly being brought up, and she has never learned to deal with or process them in healthy ways because she was conditioned to be as hardened and guarded as possible thanks to her profession. She was celebrated at the height of her work as one of the best architects in the world, but it always came with an asterisk next to her name saying that she was “pretty good for a woman.” Now that she has essentially become the J.D. Salinger of architecture, her detractors have more fuel to put on their misogynistic fire. She actively refuses therapy, even though it’s sorely needed, and Elgie is about to force it upon her. Shortly before the family trip, Bernadette’s mental health is further called into question, and she sees no choice but to disappear (somewhat) and do things on her own terms.

Where’d You Go, Bernadette is a lot to take in, and Linklater paces his latest in surprisingly quick fashion, which is a fine choice when it comes to trying to emotionally encapsulate the ways Blanchett’s character is overwhelmed by the world around her. There are a lot of pointed and thoughtful musings throughout Where’d You Go, Bernadette on the various ways that female geniuses are seen in the eyes of others as opposed to their male counterparts. Instead of being eccentric and brilliantly misunderstood, the people around Bernadette see her as sympathetic and struggling at best and an outright asshole who needs to be brought down further at the other end of the spectrum. Bernadette does herself no favours by resisting, but she’s been conditioned by society to withstand conforming. She seems selfish to anyone who doesn’t know her, but that’s honestly because she’s exhausted by life and doesn’t have much left to give. Bee can see that, but mom is still a source of emotional comfort and strength. Elgie, for all his mounting frustrations, loves his wife dearly, but can’t see that he has become part of her problems. 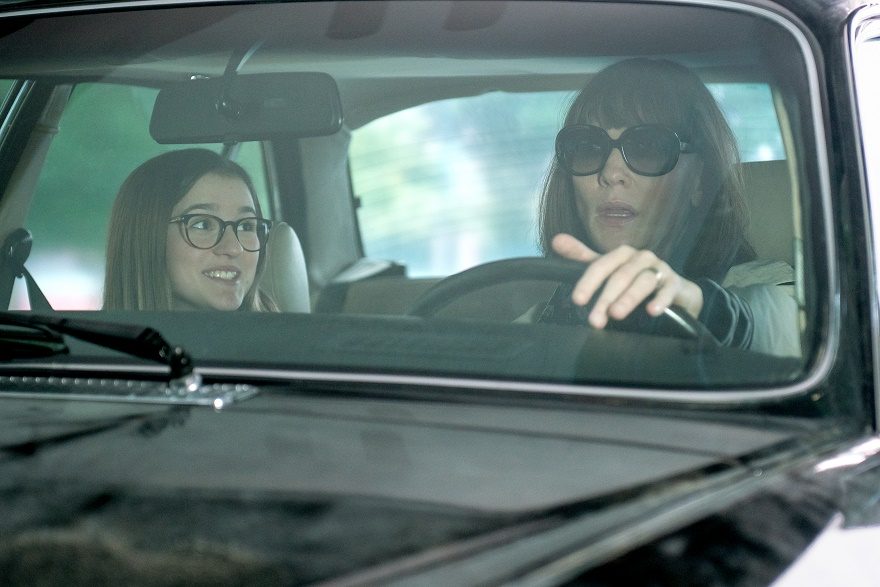 Blanchett, who gives her best performance since Blue Jasmine and one of the finest of her career, imbues the character with quick wit, subtle neurotic tics, and a powerful sense of self that nicely offsets Bernadett’s privilege and potential unlikability. There aren’t many small moments in Where’d You Go, Bernadette to subtly explain what the character is going through – which is more of a problem in trying to port a somewhat patently unadaptable novel to the big screen than anything else – so Linklater gives his star the time and space to create those smaller moments on her own or in tandem with the equally great performance given by Crudup (in one of his best performances, and the better of the two he gives in films out this week) and Nelson. The script asks a lot of Blanchett, and she’s willing to do everything she can in service of a character who has given a lot to the world around her and gotten precious little in return other than some obvious riches.

There are two linchpin sequences that Linklater has built his film around, both of them executed with remarkable dexterity that masks the fact that Where’d You Go, Bernadette is telling things more than it’s actually showing them. One is the integration of a faux video essay about Fox’s life and work that’s partially watched by one character towards the beginning of the film and finished by a different one in the second act. That provides a lot of telling background detail, but the other, more effective one, is a bravura sequence that cuts back and forth between Bernadette catching up with a colleague (Laurence Fishburne) and Elgie consulting with a therapist (Judy Greer) that he hopes can talk some sense into his wife. Linklater keeps cutting back and forth between Bernadette largely talking at someone and Crudup talking to someone, and in one of the best scenes in any film this year, Linklater deftly examines the difference between perception and context, letting neither of the characters off the hook for their actions, but brilliantly showcasing how both of them can be morally and emotionally right in such a delicate situation.

It should also be noted that Linklater’s latest is one of his most visually stunning efforts, with the director finding clever ways of incorporating the character’s profession more essentially into the story. Various rooms of the Fox residence represent different things, depending on the tone and function of scenes that take place in them. There’s a great sight gag that comes after Wiig’s uppity, hypochondriac, and overly prepared neighbour forces Bernadette to remove some bushes that are visually unappealing, and it actually opens up a larger discussion that subtly runs throughout the film about aesthetics versus practicality, which extends nicely to the characters themselves and their desire to keep up appearance versus their need to rebuild and evolve. Sure, a scene where mother and daughter share a tender moment on a rainy day in their car while singing along to Cyndi Lauper’s “Time After Time” might seem corny and on the nose to some, but it also looks incredible.

I say that Where’d You Go, Bernadette is akin to a fairy tale because it feels like it’s being told from the wish fulfilling perspective of characters and storytellers who seem to be making this up as they go along. Sometimes, that’s a bad thing, but here it happens to be one of Linklater’s biggest assets, especially when the film starts to unravel slightly once the Antarctica trip grows closer and the hinted at disappearance finally happens. It’s a lot like a Wes Anderson film, minus almost all of the whimsy, and the approach brings out an earnestness in the material that viewers will enjoy if they choose to engage with it.

Many who watch Where’d You Go, Bernadette will likely be quick to pass judgment on the main character, who’s frequently abrasive, dismissive, ill tempered, and assuredly in need of some sort of professional help that she’s flat out refusing. While the film’s final message can be read by some as anti-psychiatric and dangerous, that feels like a misinterpretation. It’s more about letting someone literally and metaphorically hit bottom on their own terms so they can start the rebuilding process. I’m not as privileged as Bernadette Fox, but I can surely relate to a lot of those anxieties, and I’m sure others will, too, as long as they allow themselves to open up with what Linklater is trying to say with such an ambitious and complicated story.

Check out the trailer for Where’d You Go, Bernadette: