Film Friday: ‘Brave One’, ‘Across the Universe’ 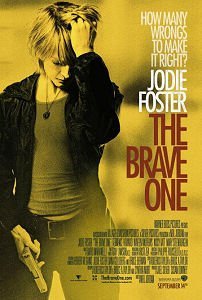 The Toronto International Film Festival is still hot news, but it’s all but over for the critics. Once again it was a great year for catching fresh, imaginative films, and already some of the films are making their way to a cinema near you. In fact, three films that screened at this year’s festival are already making their debuts.

First up there’s The Brave One by director Neil Jordan, most famously known for his film The Crying Game. The film follows Jodie Foster as Erica, a woman struggling to cope after the violent death of her fiancÃ© by a group of street toughs. After buying a gun to protect herself, Erica’s life changes as she looks for vengeance, and justice. Terrence Howard co-stars as Sean, an NYPD detective trying to piece together the identity of a vigilante killer on the loose. Reviews have been positive, although numerous critics, including Lisa Schwarzbaum of Entertainment Weekly, referred to the film as being “riveting”, but also remarked on how unbelievable it was.

Opening on a limited basis across the country you can also catch the Beatles-inspired musical Across the Universe from director Julie Taymor. The film stars Jim Sturgess and Evan Rachel Wood as two lovers caught in the angst and strife of 1960s-era New York. Frequently breaking out into song, and hippy-induced visuals, the film mixes an anti-war message with a simple love story and some of the best music of the era. While this film won’t appeal to everyone, Beatles fans should appreciate the music sequences that also seem to have inspired numerous scenes in the film.

The last film debuting this week that also screened at the festival is David Cronenberg‘s Eastern Promises, which also opens to a limited number of cinemas this weekend. Viggo Mortensen is Nikolai, a London mobster who finds himself caught between the interests of his family, who are a powerful group of organized criminals, and the innocent Anna, played by Naomi Watts. Cronenberg is a legend in Canadian cinema and critics are praising the film as one of the best at this year’s festival, with Geoff Pevere of the Toronto Star calling it, “Menacingly brilliant.”

Also opening this week is director Craig Gillespie‘s comedy Mr. Woodcock. Gillespie actually debuted Lars and the Real Girl at this year’s festival, which is a remarkable comedy, but it looks like Mr. Woodcock might be a bit more mundane. While Lars featured an incredible script, Mr. Woodcock follows the story of a high school gym teacher, played by Billy Bob Thornton, who is about to marry a former student’s mother, played by Susan Sarandon. Proverbial comedy-loser Seann William Scott stars as John, who has decided to do whatever it takes to stop his mother. I certainly have high hopes for Gillespie, but most reviewers are panning this film and have called it “flaccid” (Village Voice), and “unfunny” (Chicago Tribune).

Finally, The Hunting Party also makes its debut from writer/director Richard Shepard and starring Terrence Howard, Richard Gere, and Jesse Eisenberg. Gere plays a disgraced journalist who heads to Bosnia to find a war criminal. The film has received fairly poor reviews, and Entertainment Weekly called it enjoyable but “uncomfortable”, while Variety described it as, “Alternately glib, superficial and amusing”.