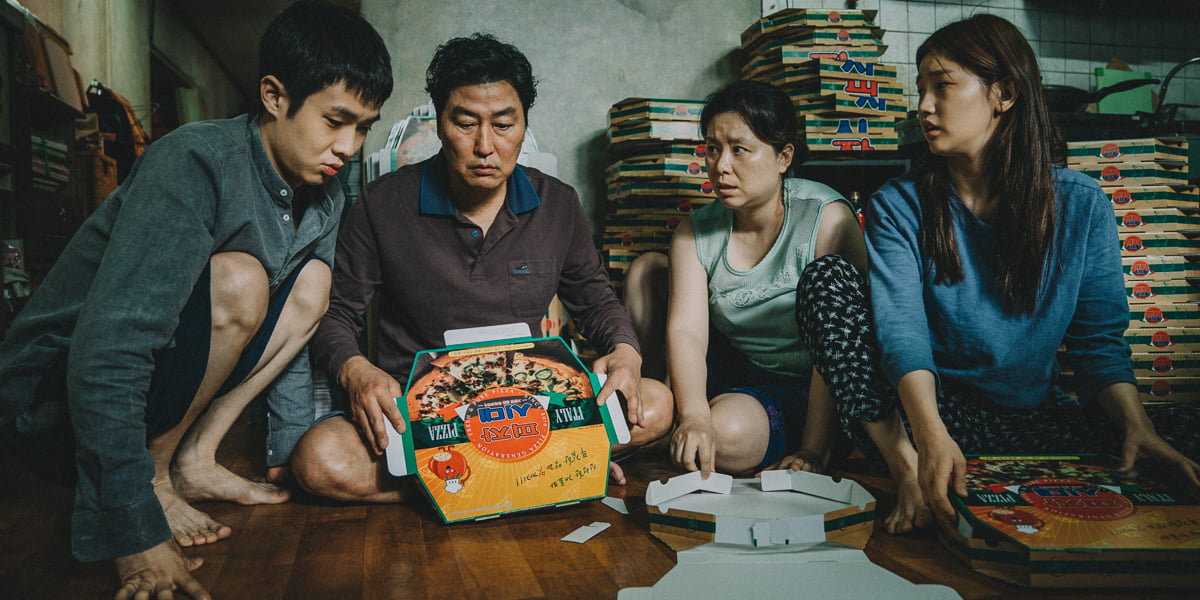 Parasite is a brilliant, biting, chilling, and darkly hilarious bit of social commentary from Korean master filmmaker Bong Joon-ho (Snowpiercer, Memories of Murder, Okja) that’s as entertaining as it is unsettling. In short, it’s another Bong Joon-ho film, and it’s a devilishly good one.

Ki-woo (Choi Woo-shik) comes from a family of con artists who’ve fallen on hard times. Although he never went to university, Ki-woo is smart, and he’s asked by a friend if he wants a job tutoring the daughter of a wealthy IT corporation owner in English. Immediately sensing the potential to fleece these marks for all they’re worth, Ki-woo, his master-forger sister (Park So-dam), father (Song Kang-ho), and mother (Chang Hyae-jin) try every underhanded trick in the book to get jobs in the Park family household. The con artists embed themselves with the family, eliminating any potential competition from the cleaning lady and driver, and set about to squeezing their targets for every drop of money and creature comfort they can get.

For its first hour, Parasite feels like something that’s entirely too easy for an elaborate filmmaker and socially conscious thinker like Joon-ho, but eventually the story gets around to its doozy of a reveal and things escalate in a hurry. Boasting some cheeky, but well thought out visuals that nicely underline the class divide between the opposed families, Parasite becomes less about a battle of wits between the rich and the poor, and more about people willing to fight for every little bit they have in life. Things get nasty, bloody, politically charged (with equal digs at American, Europeans, and both of the Koreas), and twisty, but Joon-ho does an exceptional job of building towards his gonzo, but perhaps unavoidable climax.

It’s almost undone by an overlong coda that follows and makes things more literal than it needs to be, but the other 95% of Parasite (which won the coveted Palme d’Or at Cannes earlier this year) is a strong reminder of why Joon-ho is one of the best filmmakers in the world today.