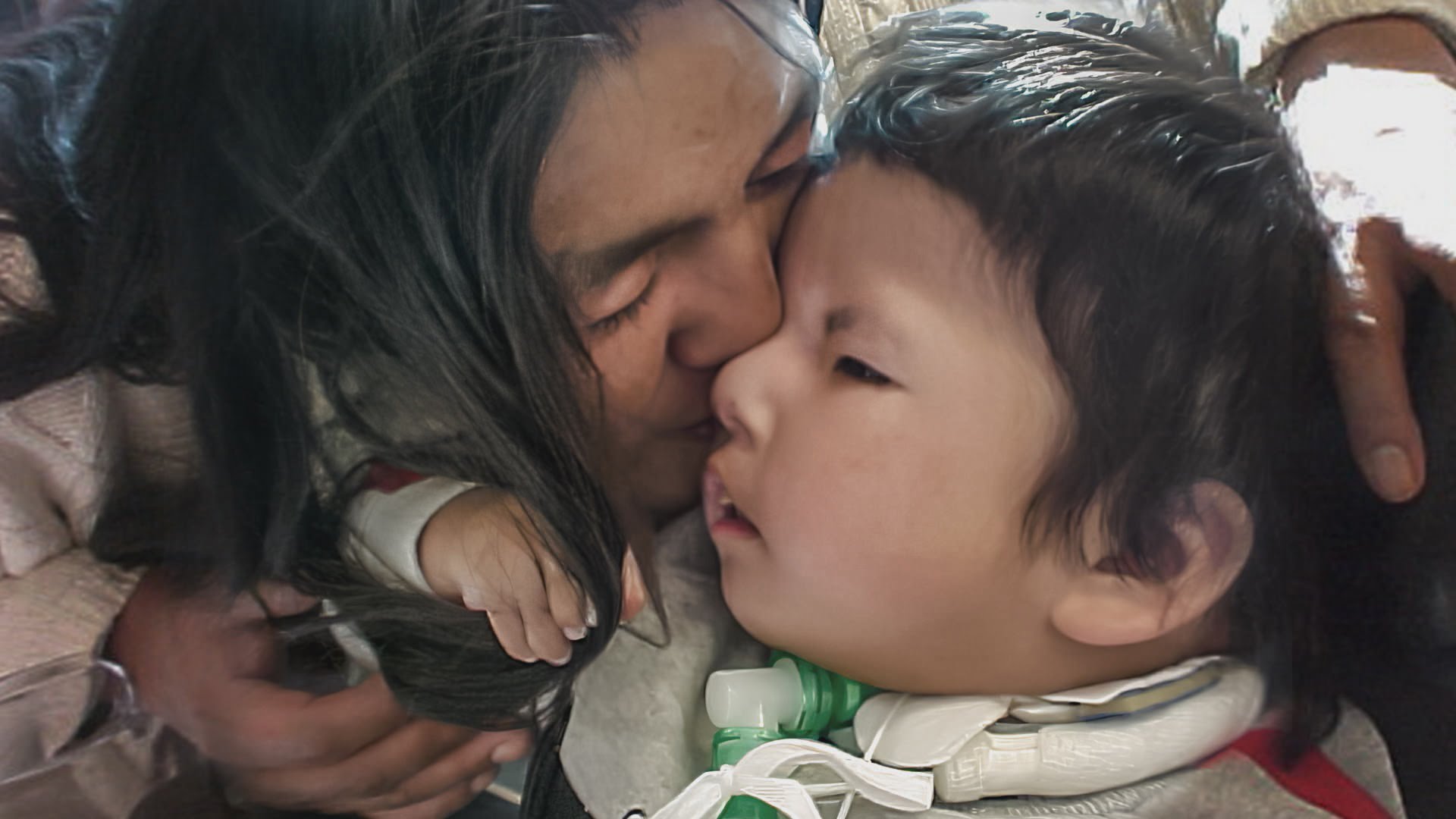 For her fifty-third film overall and the seventh entry in a series about the rights and struggles of indigenous children and young adults, veteran documentarian Alanis Obomsawin turns her critical eye to the Canadian health care system with Jordan River Anderson, The Messenger, a film that’s both incendiary and somewhat hopeful for the future.

In her latest documentary, Obomsawin examines Jordan’s Principle, a law passed that helps to ensure that indigenous children suffering from illness or disease can receive the same level of health care and support in their communities rather than having to travel to city hospitals hundreds of miles away from family members. The legislation is named after Jordan River Anderson, whose family lives on the Norway House Cree Reserve, approximately 600 miles north of Winnipeg. Anderson was born with an extremely rare muscular disorder; one with only 8 other known cases in the world. Anderson spent most of his short life in a Winnipeg hospital, and just as he was about to be allowed to return home and receive care in his own community, the federal and provincial government argued endlessly over who should pay the bill. Jordan died in 2005 at the hospital just before his sixth birthday.

Jordan River Anderson, The Messenger was filmed over the course of several years and the story continues to evolve. Legislation putting Jordan’s Principle into law passed unanimously in the house, but the powers that be beyond there have dragged their heels on offering such healthcare benefits to young, indigenous patients. Obomsawin speaks with lawmakers, Anderson’s parents (who are still extremely grateful for the care they received in Winnipeg, regardless of the overall situation), doctors, and the parents of Noah Buffalo-Jackson, a young man living with cerebral palsy in rural Alberta who faces many of the same quality of life obstacles as Jordan did.

Jordan River Anderson, The Messenger is one of Obomsawin’s best looking and most confidently assembled documentaries, painting a larger picture of what this policy means to indigenous peoples and the entirety of Canada. It costs more to keep these kids in a hospital than it does to provide in-home care, so the economic benefits of Jordan’s Principle should be as obvious as the humanitarian reasons for such a law. Obomsawin illustrates how the denial of health care is another example of broken treaties and colonialist power, but also how the policy can help with the recent rash of teenage suicides in indigenous communities.

Jordan River Anderson, The Messenger offers plenty worth getting angry or depressed about, but Obomsawin does let a lot of light shine through. In some ways, things have gotten much better, making this one of the more positive stories in her filmography. Jordan might not be with us anymore, but his story hasn’t ended just yet.