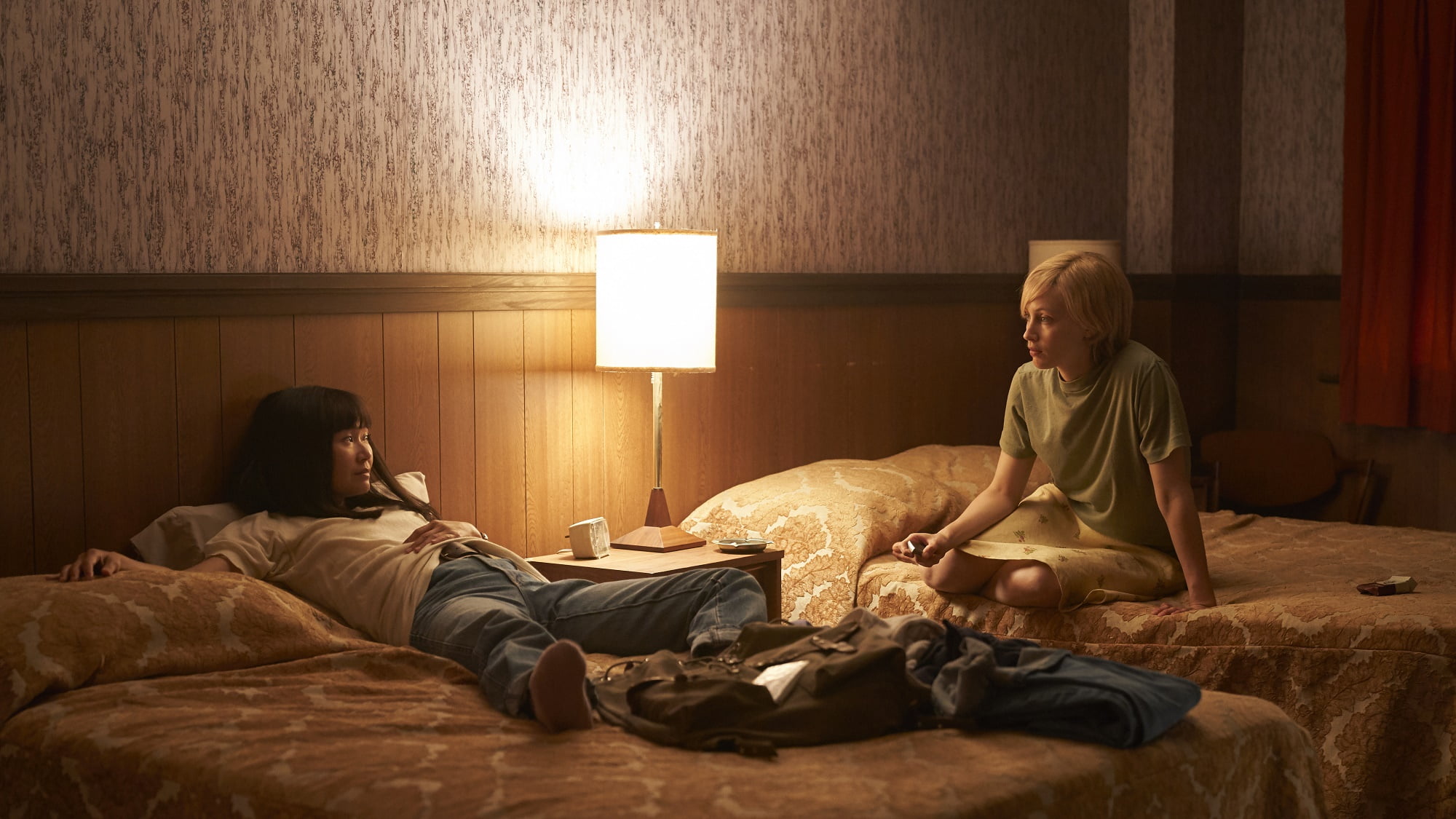 American Woman, the first feature from writer-director Semi Chellas, has a lot of things going for it and one huge problem working against it. It has an outstanding cast, a great look that couldn’t be easy to achieve on an independent Canadian budget, and a strong handle on the tumultuous American history of the 1970s. What American Woman lacks, however, is a script that allows any of this to grow and breathe into something stimulating or satisfying.

Hong Chau delivers an outstanding leading performance as Jenny, an activist and walking contradiction. She’s a former bombmaker and revolutionary who holds down a cover job as a housekeeper, but she only hit government targets after hours, never risking the potential loss of innocent lives for the cause. She’s contacted by an unscrupulous publisher to look after a pair of unhinged revolutionaries (John Gallagher Jr. and Lola Kirke) while they write their manifesto alongside Pauline (Sarah Gadon), a Patty Hearst type who started off as the couple’s kidnapping victim and eventually came over to their side of the cause. It’s a lucrative gig, but Jenny’s guests are naive and immature, and they could potentially blow her cover with their brazen, reckless activities.

Chellas, who has an extensive television writing background, does an exceptional job of recreating America in 1975, when disillusionment with the war in Vietnam and the president’s ongoing criminal activities was at an all time high. In that respect, and largely thanks to the performances given by all four leads, American Woman has an immersive quality that’s commendable. There’s also a great throughline about everyone thinking Jenny is from South Asia, when really she’s American born. In terms of performance, look, and historical accuracy (despite not retelling the Patty Hearst saga word for word), American Woman gets everything right.

Unfortunately, American Woman also tries to cram too much into just under ninety minutes, meaning a lot of the actual story and its characters aren’t well developed. Chellas is beholden to her rigid three act structure, and a lot of potential depth is left out thanks to the lightning quick pace and all too tidy plotting. The film is also saddled with a dreadful framing device that makes the viewer know exactly where Chellas is heading before the film even really gets started, meaning the stakes are relatively low throughout. If American Woman abandoned that framing device entirely (or put all if it at the end), it would be the difference between a well made misfire and a somewhat decent, but still flawed movie.