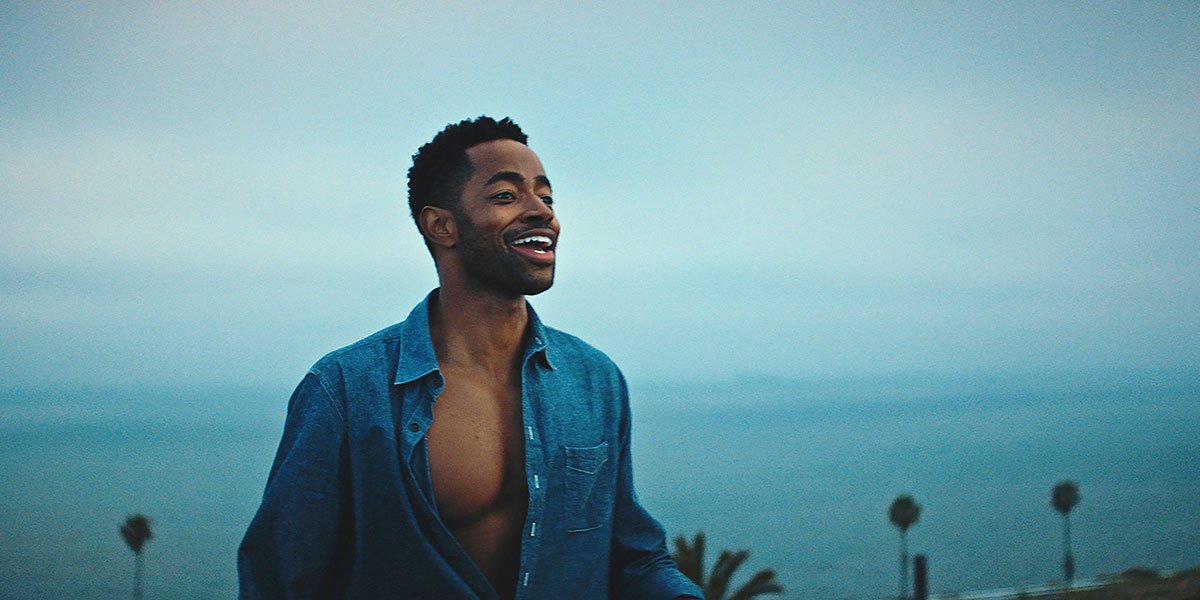 Writer and director Nicole Delaney’s latest short film, Thirsty (which makes its world premiere in the Short Cuts programme at the 2019 Toronto International Film Festival), is a classical sort of romance with a modern twist and told from a perspective you’ve never seen and will likely never see again. On one hand, it’s a movie about a girl meeting a boy and falling madly in love with him at first sight. On the other, it’s literally about a bloodsucker stalking someone until their prey can’t escape. Regardless of how one chooses to read Thirsty, Delaney’s unique take on rom-com conventions is a hilarious and unforgettable whirlwind of craziness undercut nicely by some genuine and complex emotional heft.

Maya Rudolph provides the voice of a lovesick mosquito, who has become infatuated by a dreamy looking young man, played by Jay Ellis. The young man has recently broken up with his cheating ex-girlfriend, and the mosquito sees this as an opportunity to swoop in and get herself a taste of that. But one taste isn’t enough, and instead of framing Thirsty exclusively as a body horror story or a tale of obsession, Delaney (who’s best known for her work as a writer and story editor on Netflix’s beloved animated series Big Mouth) and co-writer Sonya Goddy choose to turn things into a more poignant and complicated look at the nature of love and obsession.

We talked with Delaney over the phone from New York in advance of the festival to talk about the film’s sense of humour, the challenges of shooting a movie from the kinetic perspective of a mosquito, and how Rudolph and Ellis’ talents as performers helped to make telling this story a lot easier for the director.

It seems like it would be fun to write and direct something like this because you get to constantly play around and make different thirst jokes throughout the process, and I imagine when you tell such a story from the point of view of a mosquito, you would be able to come up with a bunch of puns and metaphors. How did you guys help shape and hone the jokes into what audiences will see in the short?

Nicole Delaney: In this case, thirsty, which if you go by the Urban Dictionary definition, is defined as the condition of a woman who’s really after a man in a desperate sort of way. We mostly spent our time thinking about a fun way to talk about unrequited love, and we just had so much fun with it that we just kind of decided upon a title that ended up being on-the-nose in a really funny way. I really wanted the comedy to come across more than anything else, and that title even came as one of those shower moments. I was just in the shower, and it came to me, and I thought, “Oh, yeah, of course that’s the name of the film.”

From that point, it was about finding a natural moment for the female character to acknowledge that she’s actually the crazy girlfriend for behaving in such a way. When we started recording with Maya, I had written three different versions of the script the night before in a panic. I wrote one from the perspective of the earnest woman, one as a crazy ex-girlfriend, and one as a crazy horny person. When we got to the studio, Maya just looked at me and said, “You were up at four in the morning writing this,” and I just looked at her and said, “Yup, I sure was.” I didn’t know what was going to turn out to be the most effective version of this character, so she said, “Well, why don’t I record all three and see what happens?”

So most of the jokes and how they fit in came about in the edit, and it turns out that the earnest version was the right one to go with because it’s the kind of film where the entire cast has to play things straight in order for the audience to think it’s funny. So Maya’s playing this character genuinely like a woman who’s in love, and if the characters around her are playing it straight, that’s even funnier to us. It’s those moments of the “thirst” peppered throughout that make it really funny, and while some of those came from the other two versions that I came up with the night before shooting, a lot of it was from the earnest version.

I can imagine when you decide to make a film from the visual point of view of a mosquito, it poses some interesting filmmaking challenges. How did you know when you had the look and movement of the film just right?

Nicole Delaney: I was so caught up in the objective side of it and how to evocatively show Jay’s side of the film that my cinematographer [John Wakayama Carey] was the one who decided that everything from the mosquito POV was going to be drones, gimbal, or handheld. It was really about finding a sort of lyrical form of visual poetry or fluidity; something that had emotion to it when the mosquito was moving so we knew that it was different. If you watch the film, you see that all of the sharpest images are the ones that are focused most intently on Jay and what he’s going through, and anything objective was really composed. The camera might’ve been on a slide or a dolly during those sequences, but it was always a sharp, clean image. Everything from Maya’s perspective, however, has all of the energy, because her part of the story is about feelings that can’t be contained.

It’s great that you have actors like Jay and Maya working alongside you on this, and they’re both phenomenal talents, but it has to also be a challenge to cast something that’s essentially a romance, but neither of the actors are on set at the same time. One’s in a recording booth, and one’s on set. What was it like taking that chance that they would have the chemistry necessary for a love story?

Nicole Delaney: That’s such a great point. I was writing on this show called Big Mouth, which Maya had worked on, so I was already familiar with her incredible range as a voice actor. I’m also obsessed with her as a performer. So I had written the film with her in mind, and I was able to get her the script, and it was the biggest joy when she said yes. When she got on board, Jay was already on board, and he’s a friend of mine, so it was also written with him in mind. I don’t know if I just got really lucky that they loved the script, but when you write for actors already knowing their range, especially for people as talented as Jay and Maya, it’s easy to take such a gamble on their chemistry because they’re so good. Maya has tremendous range, and I think Jay has even worked as an acting coach, and he has these incredible instincts as a performer.

He was so versatile, and every take that I did with Jay had so much variety, and he knew what I was thinking before I even gave him direction. He would have an idea, he would ask if he could try it, and it was something I was already thinking inside my head. With Jay, even if he couldn’t hear what Maya was saying, either myself or the DP would remind him what was happening, and he was always able to adapt in the moment, and that made shooting so much more relaxing, in a way. He knew the impact she was having on the story and that this mosquito was the driving force of the whole movie. He knew that this person he couldn’t see or hear on set was steering things. Maya was the same way when it came down to performing her role three different ways. It’s so great to have actors who are willing to change everything on a dime because they give you so many great choices to work with.

There’s also something sweet and relatable to this story, even though it happens between a man and a mosquito because I think it gets to the heart of how some people – especially when they’re younger – can find tremendous heartbreak at the end of even the shortest relationships. This mosquito feels like her world will end if she doesn’t get together with this guy, and the man is heartbroken after his girlfriend cheats on him. What’s it like taking something so real and creating a fantastical story of romance out of it?

Nicole Delaney: I think the film does this interesting thing in terms of speaking to how beauty is in the eye of the beholder, and that sometimes we can’t help falling in love with someone so fast, especially when it’s this sort of primal, libidinal, animalistic thing. I think sometimes it’s that very thing that takes over and dictates who you fall for, even if you know it’s not right, and that extends pretty naturally to “I’m a mosquito and you’re a human.” It’s a fairy tale to me. Her bite incites this magic, and her love draws him to her. She brings him to her level, and I think you have to think in those terms because the concept itself is pretty absurd. I think true love will pull you into the orbit of the person you’re supposed to be with.