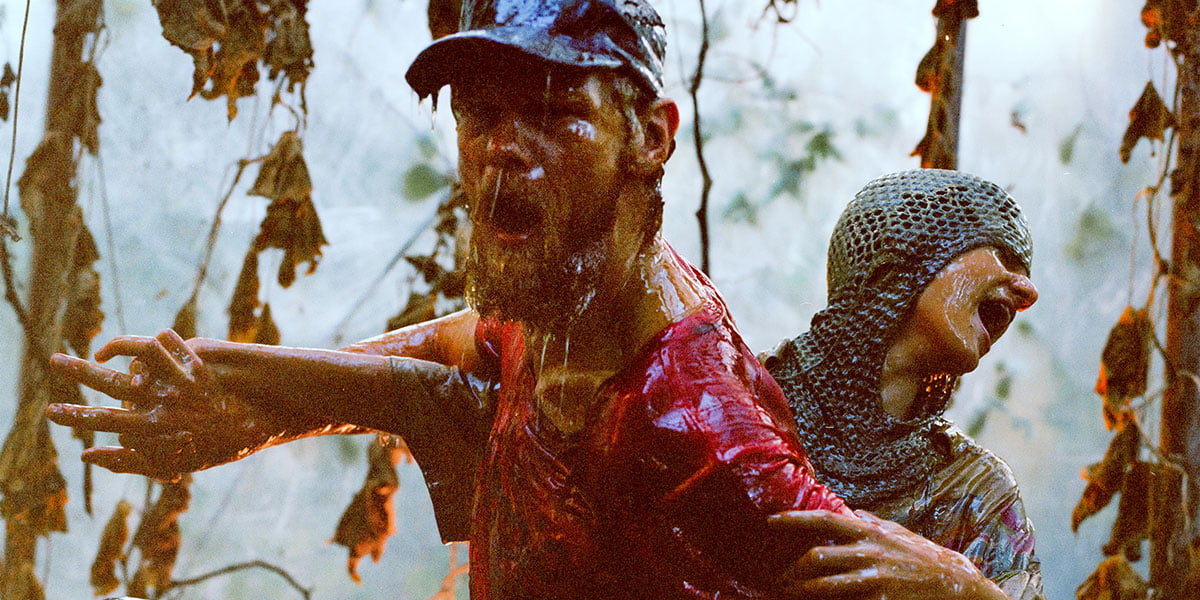 Austere and restrained almost to a fault, the Danish thriller and family drama Resin is a fairly forgettable tale told with plenty of brooding style, great performances, and not much else worth recommending. It’s the kind of movie that’s working from a grand toolbox and a kernel of a well-worn idea, but director Daniel Joseph Borgman and his cast can’t provide adequate support for screenwriter Bo Hr. Hansen’s threadbare, lifeless, and predictable script.

Young Liv (Vivelill Søgaard Holm) lives with her hermetic father, Jens (Peter Plaugborg), and bedridden, pregnant, and dangerously overweight mother, Maria (Sofie Gråbøl), in a ramshackle cabin on an island in the middle of the woods. The townsfolk all believe Liv to be dead, since Jens convincingly faked his daughter’s death to make sure social services wouldn’t take her away from them. Like most young women, Liv is growing curious about the world outside the woods, while Jens’ behaviour is becoming increasingly erratic

There are a couple of twists at the ends of the first and second acts (after a lengthy, monotonous set-up that’s artful, yet empty) that suggest Resin might be going in an interesting direction, but they’re dispatched with quickly in favour of standard domestic thriller trappings and another bog standard story of a young woman who has to decide between living her own life or obeying the wishes of her mentally unstable caregivers.

Holm and Plaugborg are putting in gripping performances, and Borgman is a skilled director, but Resin remains an obvious, hollow, and passive experience. Try as Hansen might to imbue his material with questions about morality or philosophy (including taking nature vs. nurture literally and theories about what happens to the soul after death), what lies outside the film’s fussy margins is practical and precise rather than expansive and curious. Resin is suitably grimy and dirty, but it sadly isn’t interesting.