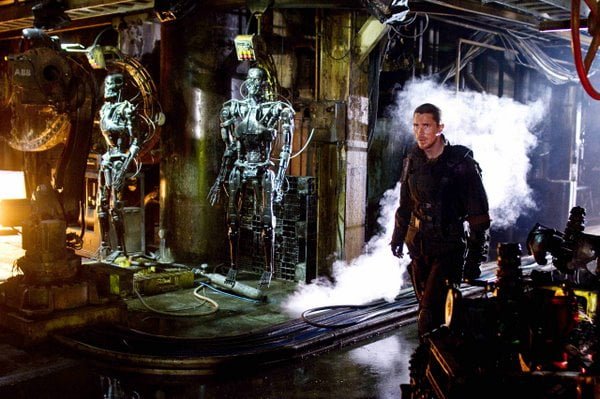 In less than two months, movie-goers will finally get the chance to check out McG’s vision of the future as Christian Bale stars in the latest film in the Terminator franchise.

While this sequel will surely be better than the throw-away Terminator 3: Rise of the Machines, it’s to forget the disaster that was McG’s Charlie’s Angels: Full Throttle.

On the bright side, even though the screenplay was originally co-written by two of the guys who also wrote Catwoman, McG claimed in a session at last year’s San Diego Comic-Con that Jonathan Nolan, who wrote the screenplay for The Dark Knight, contributed the most important elements during shooting.

There is also a report that Canada’s own Paul Haggis, who helped write the Casino Royale screenplay, was also involved in the writing process.

Synopsis: In the highly anticipated new installment of The Terminator film franchise, set in post-apocalyptic 2018, Christian Bale stars as John Connor, the man fated to lead the human resistance against Skynet and its army of Terminators. But the future Connor was raised to believe in is altered in part by the appearance of Marcus Wright (Sam Worthington), a stranger whose last memory is of being on death row. Connor must decide whether Marcus has been sent from the future, or rescued from the past. As Skynet prepares its final onslaught, Connor and Marcus both embark on an odyssey that takes them into the heart of Skynet’s operations, where they uncover the terrible secret behind the possible annihilation of mankind.