DVD Tuesday: ‘Knocked Up’, ‘Shut Up and Sing’ 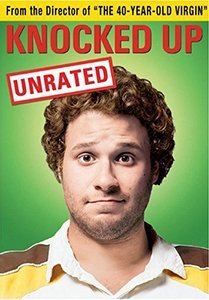 Knocked Up
One of 2007’s most popular comedies arrives on DVD this week, starring Seth Rogen and Katherine Heigl as a mismatched couple preparing for a baby after a drunken one-night stand. The film was written, directed and produced by long-time TV and film producer Judd Apatow, who also wrote The 40 Year Old Virgin, and his results with Knocked Up offer the same mixed comic and light-dramatic style. The film is genuinely funny, cute, and even heart warming, but the story doesn’t always flow very well. Knocked Up is still one of the best comedies of the year, raunchy jokes and all.

Shut Up and Sing
For the past few years the Dixie Chicks have had a rough time. In 2003 Natalie Maines, lead singer for the band, made a comment at a British concert that she was ashamed that President George Bush was from their home state of Texas. What she couldn’t have expected was the backlash that resounded across America when numerous fans, and radio stations, effectively tried to ban them. With all of the crucial moments on film, this documentary follows the band through the turmoil. The film’s non-linear progression helps make an otherwise straightforward story into a compelling, and interesting movie about the height of America’s troubles, while also giving a glimpse into the band’s recording process.

11:14
It has been more than four years since I first saw 11:14 at the Toronto Film Festival, and I’m still amazed that the film never got the recognition it deserved. With a big, talented, young cast that includes Rachael Leigh Cook, Hilary Swank, Henry Thomas, and Colin Hanks, 11:14 is a smart film that follows a series of events that lead up to the fateful, fatal time in the town of Middleton. Through the five tales we meet a number of strange, funny, and dark characters who all contribute to that last minute of film that connects all the dots. Definitely an enjoyable, black comedy that delivers a great story.

Elvira’s Movie Macabre
There are lots of films coming out leading up to Halloween, but few are as kitschy as Elvira’s Movie Macabre, featuring six of Elvira’s favourite, but cheesy, horror movies. Each of the three DVDs includes two films, with the original commentaries from Elvira. Most of these movies are so bad, you can’t help but laugh at them on their own, but Elvira’s break-time remarks are hilarious. If nothing else these are the kinds of movies that will make for a great night around the TV with a group of friends.

Next
Let me sum this one up quickly for you. Nicolas Cage stars as a guy who can see two minutes into the future, and has been asked to help stop a terrorist attack. I am all for Nick Cage as an action hero, but this is one of those hoakey-looking thrillers that only lasted a couple of weeks at the box office during the summer, so don’t expect too much.

Also out this week: My Name Is Earl: Season 2, plus 80s classic movies A Nightmare on Elm Street, and Cujo, plus volume 4 of the classic cartoon Voltron: Defender of the Universe.