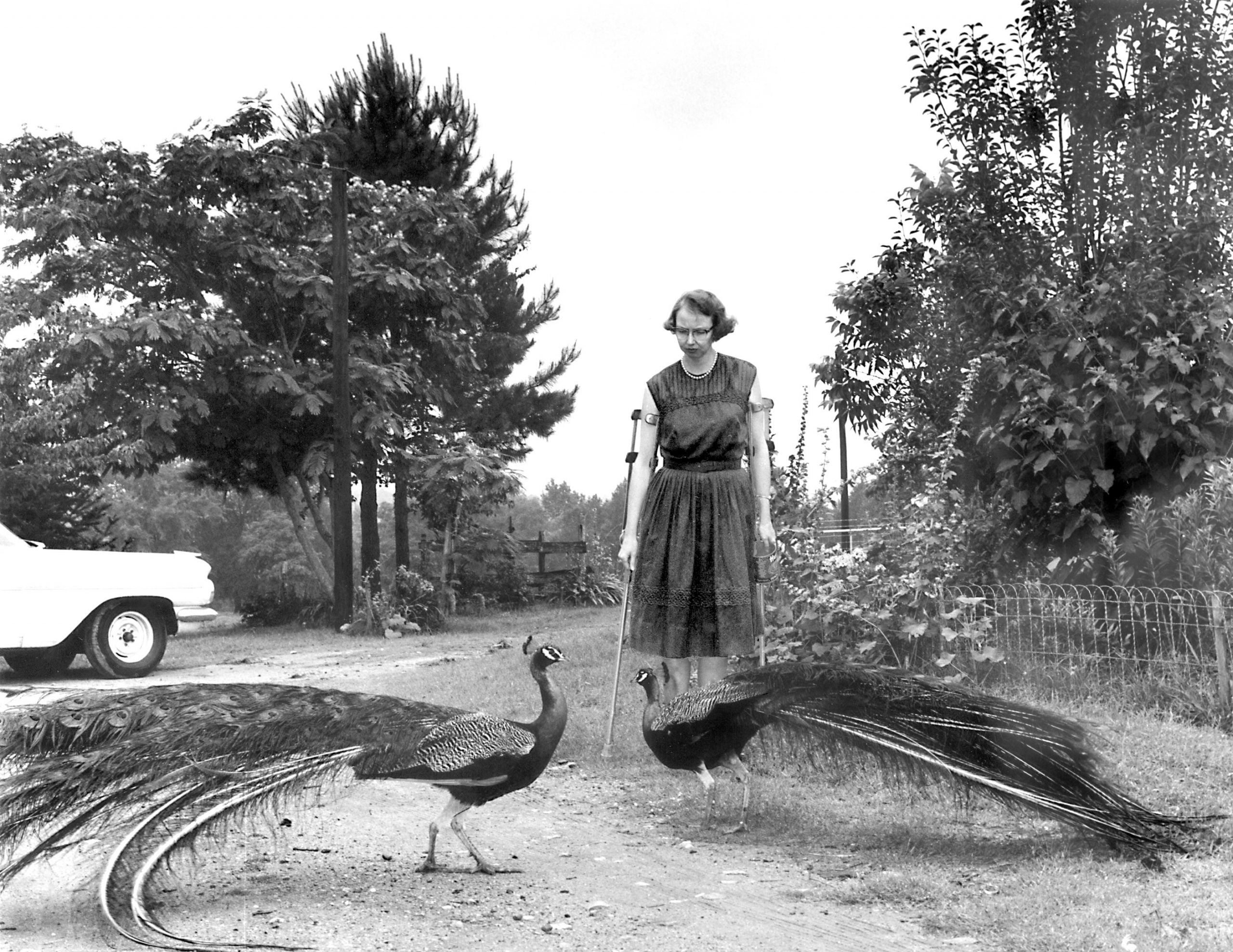 A decent, but unexceptional primer on the life and works of one of the most exalted American authors of the 20th century, Flannery follows a boilerplate documentary template of talking heads and narrated selections from the CV of its subject to offer up the kind of film that’s best viewed as a basic educational lesson. Directors Elizabeth Coffman and Mark Bosco have a genuine interest in the contributions, contradictions, and controversies surrounding Southern literature icon Flannery O’Connor, but the content is delivered with all the panache and style of a high school filmstrip from a bygone era. That’s a bit of a shame, because while O’Connor’s prose and content is certainly a reflection of the time and geographical locations where she lived, Flannery is a film that’s too stuck in the past to meaningfully ruminate on matters beyond the obvious.

Raised as a devout Irish-Catholic in Georgia, O’Connor was a true outlier in American literature during an era where every male in the profession was trying desperately to write “the great American novel.” Starting out in university writing as a political cartoonist before joining some of the most prestigious writing academies in the country, O’Connor faced personal setbacks, not only because of her gender, but also thanks to struggles with Lupus (the same disease that caused her father to pass away), crises of religious faith, unrequited loves, and a fraught relationship with her mother. Frequently documenting the lives, struggles, and personalities of the “freaks” and “outcasts” she observed every day in her works Wise Blood, A Good Man is Hard to Find, A Temple of the Holy Ghost, and dozens of other short stories, O’Connor took a true and honest look at life in the southern United States that was perhaps only equalled by William Faulkner and Carson McCullers. It’s impossible not to wonder how much further her career could’ve gone if she didn’t pass away before the age of forty.

Appropriately made with the participation of PBS’ American Masters series, Flannery features a cavalcade of interviews with scholars, publishers, fellow authors (Alice Walker, Mary Karr), famous contemporary admirers (Brad Dourif, Tommy Lee Jones), and some of O’Connors friends. Coffman and Bosco follow the timeline of O’Connor’s life without much deviation, highlighting major life events and career defining works in more or less expected fashion. There are plenty of close-up shots of typewriters clacking away while words appear upon a page, and some well delivered narrating of O’Connor’s works, diaries, and correspondences, courtesy of actress Mary Steenburgen, and even some rudimentary animations peppered throughout. The visual and editorial approach to documentary employed by Bosco and Coffman is uninspired and would be virtually indistinguishable from countless other similarly produced documentaries, with the exception that the video quality of some of the interviews throughout Flannery varies wildly and distractingly. It all adds up to a film that’s quite a drag for anyone who isn’t interested or already familiar with O’Connor’s work and life.

The saving grace of the documentary – outside of the well spoken and frequently astute observations made by many of Coffman and Bosco’s interviewees – is Flannery herself. The access and insight provided through some of the writer’s private works, prayer journals, and letters is remarkable, brimming with the realism, sarcasm, and empathy. These personal insights inform her best known stories better than any amount of academics ever could. Here was a woman who ignored all the male critics of her day, embraced life’s greatest mysteries, and never shied away from questioning the very religious faith that was a bedrock of her identity as a person. Flannery O’Connor embraced that which was often overlooked in literature, and proved that the most poignant and outspoken critics of faith are frequently the most devout. Like many of the best authors, she wrote about what she knew, and she did so with honesty and unflinching intensity. To Flannery, fiction should be a dive into reality and nothing less. 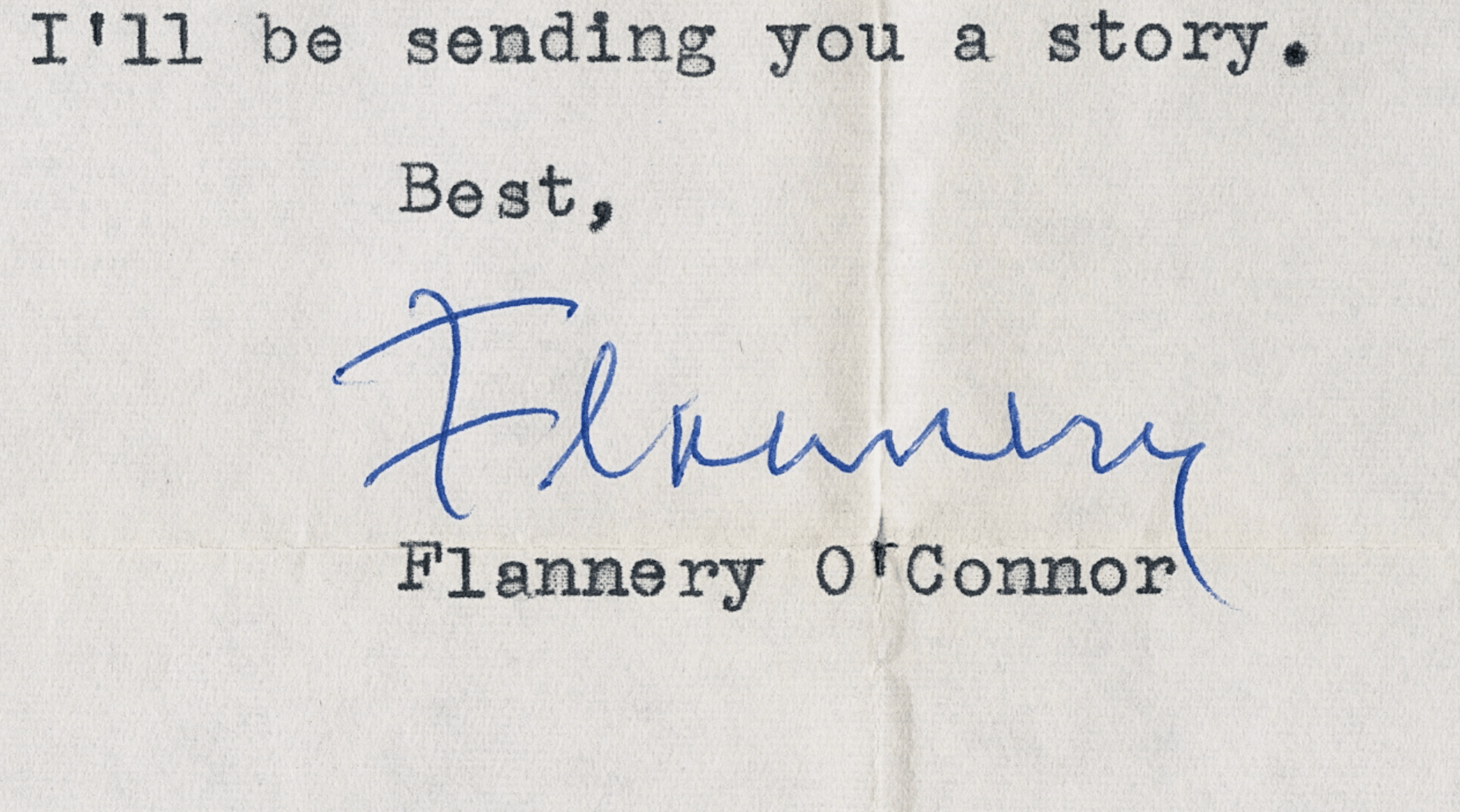 Flannery isn’t a film devoid of criticism towards its subject, but Coffman and Bosco uneasily handle many of the reasons why O’Connor is a controversial author who isn’t taught in many academic circles anymore. She once testified against alleged Communists at the height of the Red Scare, and the film chalks it up almost exclusively to Flannery’s desire to impress a male classmate and crush. Like many of her fellow southerners during the era, her attitudes towards racial equality and the racism in others is a hotly debated topic. While many can defend her most contentious works through careful reasoning and close reading, there are still just as many scholars who can rightfully say that many of O’Connor’s works are problematic and outdated when viewed through modern sensibilities. Coffman and Bosco turn in a work that seems duty-bound to talk about the positive and negative perceptions of O’Connor’s works today, but any criticism on display here only amounts to a light dent in an otherwise hagiographic effort.

By the end of Flannery, viewers will know a bit more about the titular author than they likely did going into the film, but the film stops short of making them want to seek out her works or learn more beyond the obvious. It’s the kind of stock, blandly mounted biography that would only be memorable if one were told they would be tested on the material at a later date. Not every documentary needs to try something new, but Flannery O’Connor deserves a bit more than this.

Flannery is currently available to stream through the Hot Docs Virtual Cinema.