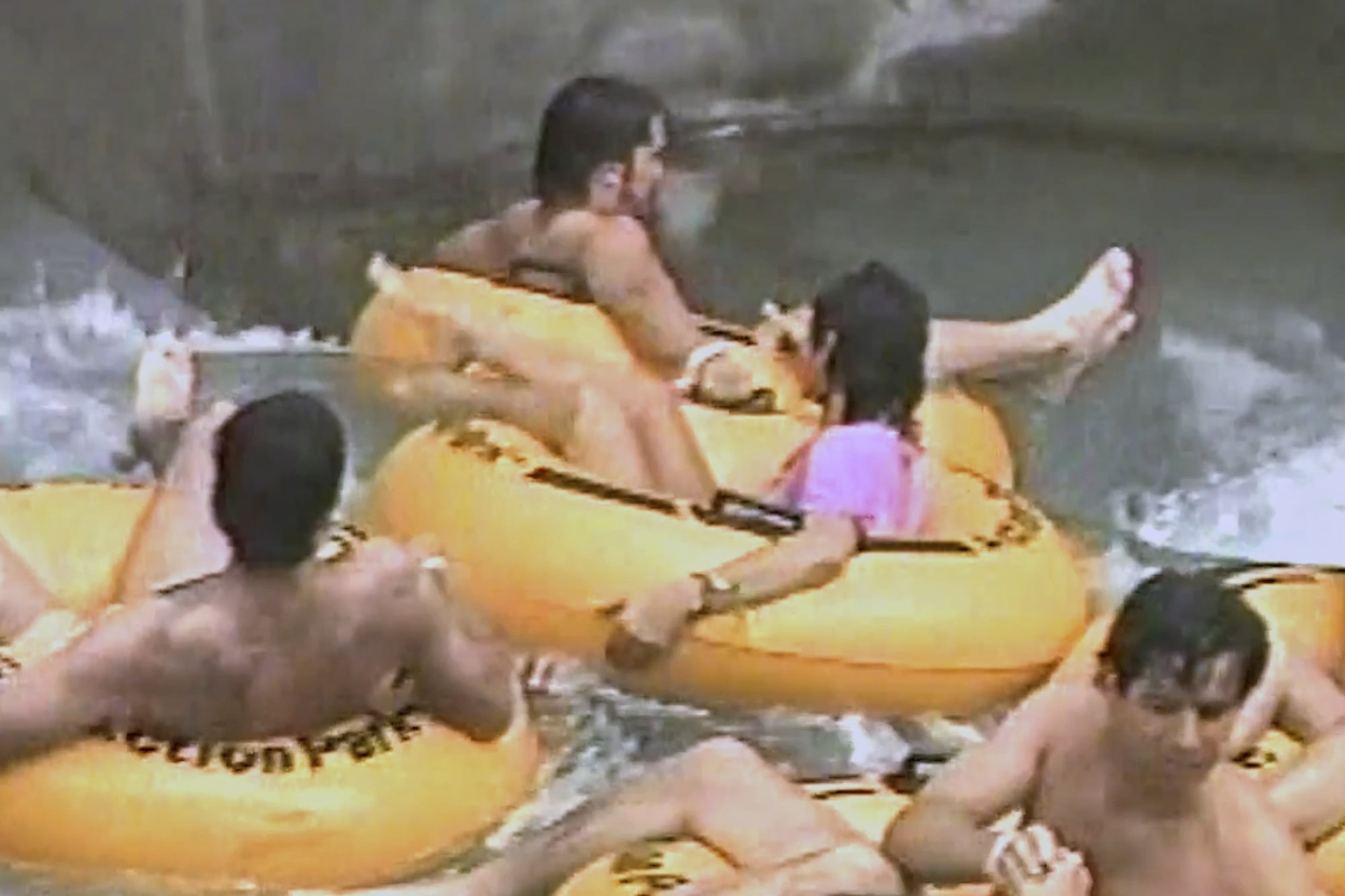 Both an loving ode to “carefree” times gone by and a cautionary, critical look at greed and  negligence writ large, Seth Porges and Chris Charles Scott’s playful and pointed documentary Class Action Park will inspire equal parts nostalgia and sadness, especially amongst those who literally lived through trips to possibly the most infamous amusement park in American history. Those two feelings aren’t mutually exclusive, and the result is a film that will leave both the familiar and uninitiated alike slack-jawed that such a place could ever exist given our currently cautious society.

Located about forty minutes outside New York City in the small resort community of Vernon, New Jersey, Action Park was the brainchild of Eugene Mulvihill, a Wall Street tycoon who struck it rich by selling largely worthless “penny stocks” to naive investors. Mulvihill built the park in his own reckless image, designing most of the park’s dangerous rides and attractions himself and flouting authority every chance he got. Nicknamed “Class Action Park” and “Traction Park” due to an unfathomable and frankly inexcusable amount of injuries sustained on the likes of the Cannonball Slide (a waterslide with a loop towards the bottom), the rickety alpine slide (made for people who might like to careen down a mountain on a fault luge running over a thin amount of concrete), and even the wave pool (known “affectionately” as “the Grave Pool”), Mulvihill’s mecca of insanity was a place kids flocked to during the 1980s thanks to a complete lack of rules and the off chance that they could get wrecked in more ways than one.

Staffed by inexperienced, alcohol fuelled teens who have no business running such a large scale operation on a day to day basis, Action Park (which served loosely as inspiration for the already forgotten about comedy Action Point a couple of years back) is a place that seems unfathomable today. Mulvihill could’t get away with 1% of his dangerous shenanigans today, but just like today’s shadiest millionaires, he was largely inoculated by large sums of Wall Street cash that kept his enterprise afloat in the face of mounting legal troubles. It also helps that Mulvihill founded his own sham insurance agency so he could further launder money and force injured parties and their families into court over potential damages, never settling a case and making things as painful as possible for anyone who dared to challenge him. 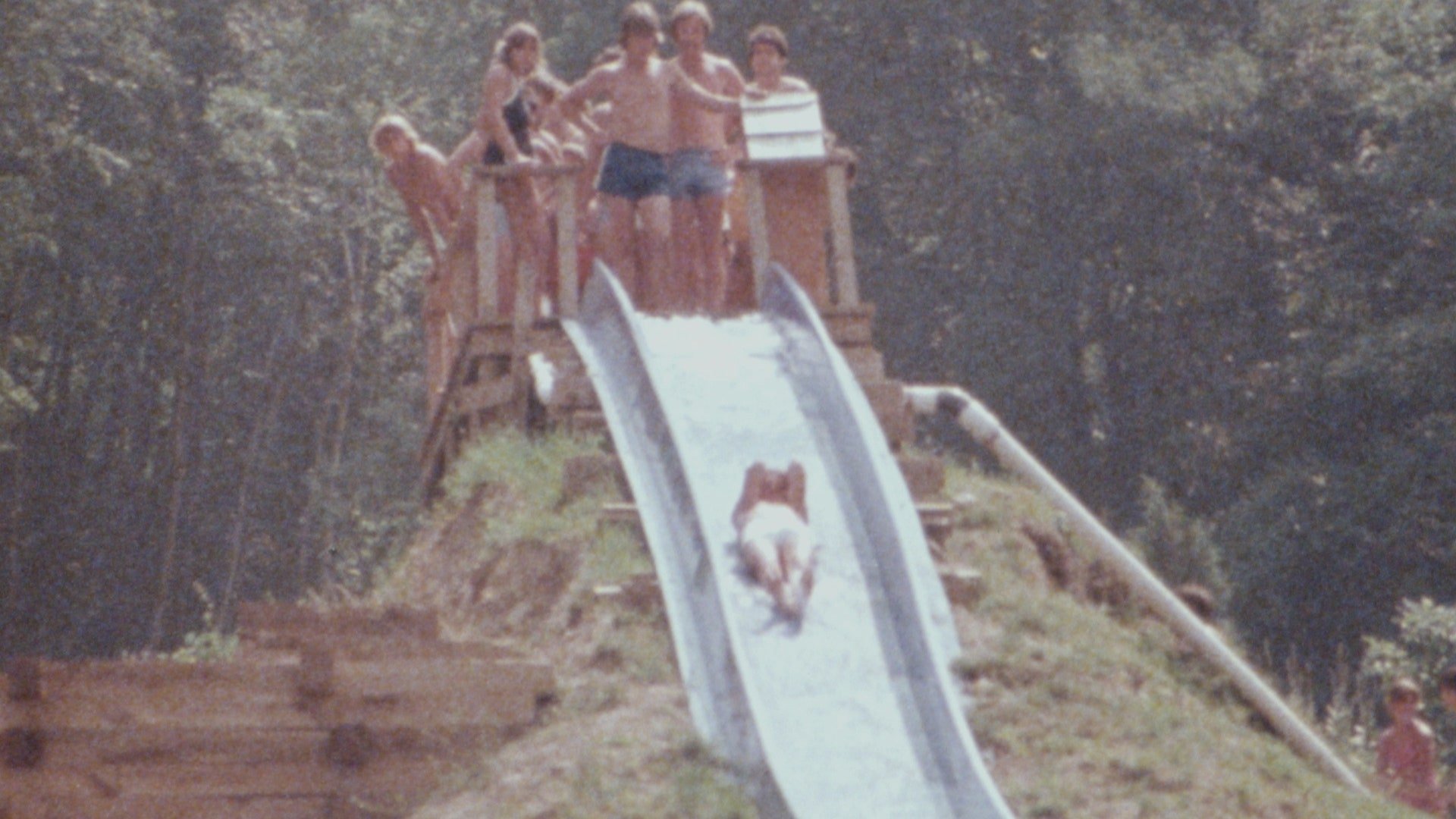 But more than just a motion picture about a sociopath and his psychotic vision of a fun day out with the family, Class Action Park examines how the rich can maintain their power over people and why no one questions potential risks as long as they happen under the guise of having a good time. Scott and Porges talk with former patrons, attendants, security staff, and locals about Action Park, and the reactions are both ecstatic and regret-filled in equal measure. Those who lived through their trips to the park look back in amazement that they came away relatively unscathed by the whiplash inducing rides and concussion inducing slides. The tone throughout most of Class Action Park is one of being happy that such a place existed, and relieved that it’s out of business (well, in it’s past form, anyway). It was the type of lawless land that could’ve only existed under the blind eye of someone who only cared about money and fun and amongst a generation of young people who were largely left to their own devices, frequently as a result of divorced or estranged parents.

The celebration of life found within Class Action Park works well thanks to snappy pacing, some nifty animation, and plenty of wobbly VHS-sourced archival footage (equally fascinating to see because most amusement parks don’t allow much filming on their grounds these days). The breezy bewilderment of Class Action Park carries Porges and Scott’s film rather far, but it stumbles whenever things start to get serious.

Boasting injuries that numbered probably in the tens of thousands thanks to lax reporting procedures and Mulvihill’s notoriously litigious nature, Action Park was also the site of several deaths that went largely unpenalized by state and local authorities. Porges and Scott spend time with the grieving family of a healthy nineteen year old man who died on the Alpine Slide to get a sense of how Mulvihill and his deep pockets would put anyone who questioned his authority and power in the community through living hell. It’s gross and depressing to watch, but certainly not out of character for someone as devious as Mulvihill. It provides Class Action Park with a necessary counterpoint to the Jackass-styled good vibes that dominate the rest of the film, but these threads aren’t handled very seriously until it’s too late to make much of an impact. It’s admirable to include such a story, but less so when it feels like a footnote to something that wants to be more lightly comedic.

Action Park in its most widely remembered form closed down partially because of mounting legal troubles, but mostly because it just fell out of fashion for not keeping up with the times. It should’ve closed sooner, but as Class Action Park so lovingly notes, the 1980s were a time where kids did outlandishly dangerous things on a regular basis because they seemed like fun ideas at the time. That doesn’t make some of the legendary after hours parties at the park or putting the beer tent next to the go-kart and speedboat tracks any more excusable, but it does help to explain such a unique cultural curiosity that lives on in the memories of so many who went there. Class Action Park is a pretty good documentary about why some nostalgic memories are best left in the past.

Class Action Park is now available to stream in Canada on Crave and in the U.S. on HBO Max.