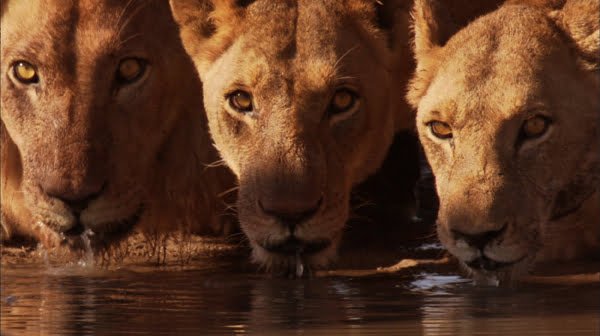 Earth
From the first images ever set to film, we have been fascinated by visions of our world, showing us parts of the planet that we may never get to see in person. Since then we have seen countless television documentaries looking at our little blue planet, but there are have been relatively few opportunities to go to the theatres for the same experience.

In what will be the first of many documentaries from the new Disneynature film company, Earth is a massive, breathtaking exploration of our planet, in particular following a trio of animals: polar bears, elephants, and humpback whales.

Released for Earth Day, the new film is an epic, adventurous look at the beauty and the splendour of this planet with narration by the booming voice of James Earl Jones. It’s the kind of film, perhaps a little bit like March of the Penguins, that is a sure to be a hit for families, and it is also getting the best reviews of all the films coming out this weekend.

The Soloist
Hollywood likes nothing better than a film that can be promoted with the words “inspirational” and “based on a true story”, which pretty much sums up The Soloist. Of course, I’m not going to get into how often reality makes its way into these true stories, but that’s all part of the filmmaking whitewash for the most part.

Robert Downey Jr. stars as Steve Lopez, a writer who discovers that a homeless man, played by Jamie Foxx, is actually an incredibly talented musician. In fact, Nathaniel Ayers developed schizophrenia while he was training at Juilliard, and Steve takes it upon himself to try to set things right for this troubled, but gifted man.

Directed by Joe Wright, who brought Atonement and Pride and Prejudice to the screen, the film has actually been on its way to theatres since last November. For some reason, however, the studio pushed the release to March, and then moved it again to this weekend.

Those delays may hint at troubles in the filmmaking process, which seems to make some sense when you look at the critical reaction so far.

A lot of critics seem to have mixed feelings about the film, with positive articles pointing out faults, and negative reviews cheering some of the triumphs. Overall though, the film is not getting very solid reviews.

Todd McCarthy of Variety said that it “falls between the cracks both creatively and commercially.” While David Edelstein of New York Magazine wrote, “The movie is a noble enterprise, and Downey is stupendous as usual, but Joe Wright’s direction is too slick to elicit much feeling.”

Obsessed
Poor Beyoncé. Earlier this week she was falsely accused of not being able to sing, thanks to a viral video making the rounds, and now her latest film opens in theatres and it looks like a really bad joke. So bad, in fact, that the studio didn’t screen it for the press.

Starring alongside her, Idris Elba is a happy and successful guy who just earned himself a big promotion. How can he not be happy? He’s married to Beyoncé, after all, who plays Sharon.

While this thriller could be entertaining, since the cast is actually pretty good, the trailers suggest the film essentially boils down to what you might call a cat fight. The filmmakers also don’t instil me with a lot of confidence since this is Steve Shill’s directorial debut, and writer David Loughery has done a few films, but none worth bragging about.

Fighting
Lastly, action junkies will likely be pleased by this tale of street fighting, set in the streets of New York City.

Rising star Channing Tatum plays the small-town Shawn who moves to the Big Apple to make a new life, but ends up selling junk on the street. His life changes when the crooked Harvey, played by Terrence Howard, discovers him and gets him into the lucrative world of no-holds-barred bare-knuckle fighting.

Not surprisingly, Fighting is getting pretty crummy reviews though.

“Murderously dull stretches of dialogue suck most of the fun out of this sloppy drama,” Adam Markovitz wrote for Entertainment Weekly.

At the same time Rafer Guzman of Newsday, among quite a few other critics, was fairly positive about some aspects of the film. “White-knuckle action and bruisingly bad dialogue make for an uneven but wildly entertaining fight flick.”