Review: The Way I See It 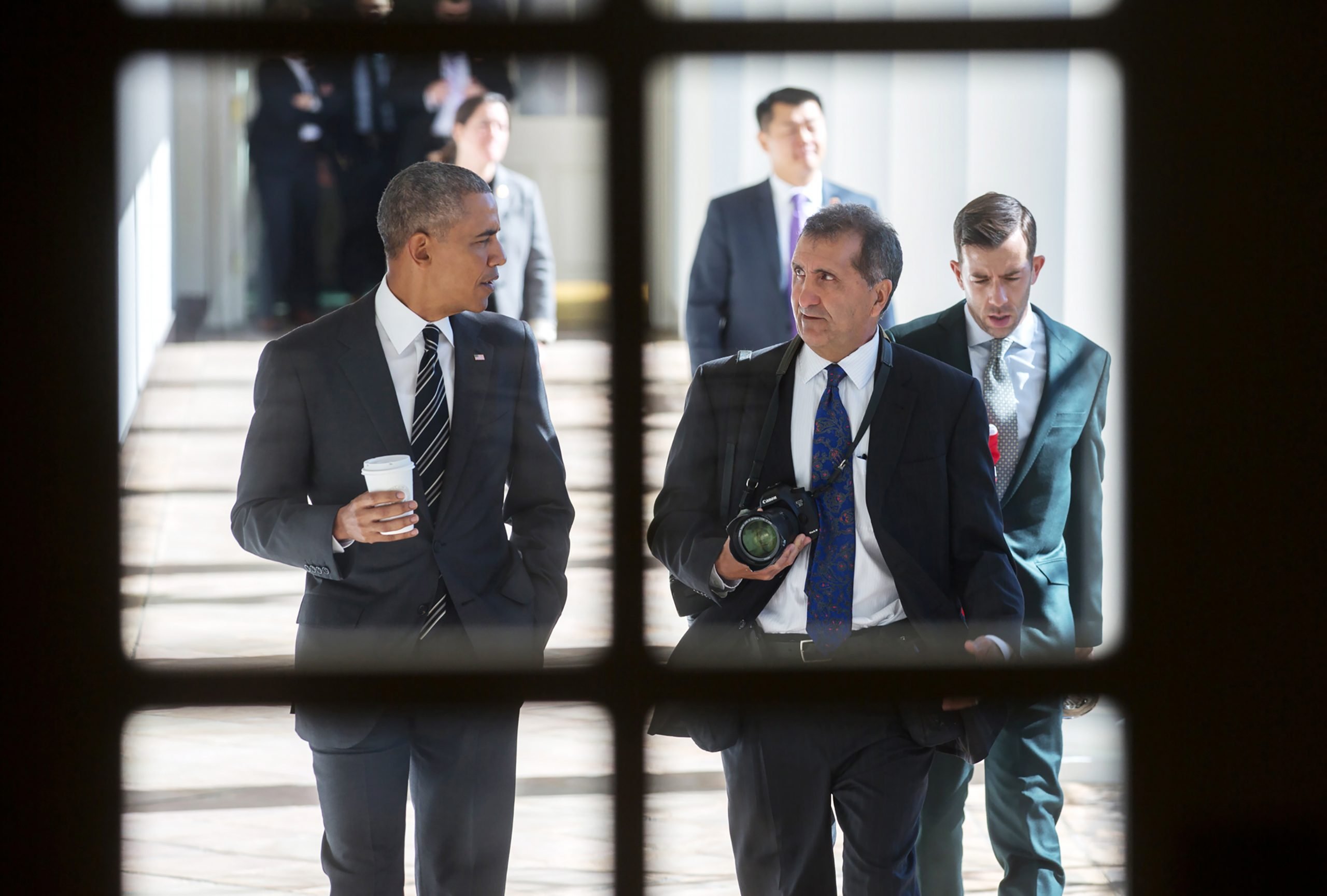 A rousing lesson in the many reasons why the news and the history it seeks to cover should be handled objectively and without bias, Dawn Porter’s documentary The Way I See It follows a photojournalist who once worked on both sides of the American political divide. It’s a timely, nostalgic, and carefully crafted look at a previously apolitical journalist who has looked at what’s become of the world today and grown increasingly concerned, disillusioned, and moved to the point of advocacy. Porter’s film and her subject wear their disdain for the Trump presidency and what it has done to media relations around the world proudly on their sleeves, but The Way I See It proves first and foremost that undiluted images often speak volumes more than words ever could.

Photographer Pete Souza spent most of his career behind the camera as a freelancer for whatever news outlet would hire him (putting in some of his best work in Chicago), but in the late 80s and mid-aughts he would find himself working within two completely different presidential administrations. Around 1987, Souza would be brought in as a White House photographer for the far-right leaning Ronald Reagan administration, documenting the day to day life of the President of the United States. Despite not agreeing with many of Reagan’s attitudes or policies, Souza struck up a kinship with Ronald and his wife Nancy that would find the photographer being invited to the ex-president’s funeral in 2004. Once Reagan’s presidency ended, Souza went back to various freelancing and staff gigs, including a brief time spent in Afghanistan in 2001, shortly before war broke out. Although he was frequently covering politicians on the campaign trail, Souza was coaxed back into the Washington D.C. fold by landing a job as the chief White House photographer during Barack Obama’s eight years in office.

The role of an in-house presidential photographer only dates back to the Lyndon Johnson administration, but Souza and those who came before him have been privy to some of the most groundbreaking, victorious, and heartbreaking moments in the history of the United States. Souza was there for the gradual warming of relations between Russia and the United States, the gut-wrenching fall-out from the mass murder at Sandy Hook, and to see the reactions of military leaders and high ranking cabinet members as they watched along with the raid that killed Osama Bin Laden. He has witnessed numerous photo ops throughout the years involving dignitaries, celebrities, and extraordinary citizens lucky enough to be brought into a president’s social circle for a few choice minutes. He has followed Presidents to lunch, dance recitals, day trips, and hung out with their families during some much needed downtime. The access Souza was granted by Reagan and Obama was astounding, especially when one considers that Donald Trump only offers minimal, often highly staged photo-ops.

It’s the staged nature of the images Trump chooses to share with the media and his constant favouring of false narratives over objective truths that caused Souza to jump into the political fray instead of casually observing and rigorously documenting it from the sidelines. The Way I See It ties into books that Souza has published looking back on Obama’s administration, most notably Shade, a volume of Trump’s tweets shown side-by side with images from the previous president’s time in office to underline the current leader’s lies and incompetence. In some ways, Porter’s film is a promotional tie in, not just to Souza’s books, but also to the upcoming presidential election in just a couple of months. Porter (John Lewis: Good Trouble, Gideon’s Army) never hides the advocacy at the heart of her film, and for his part, Souza is perfectly aware of the role he has played in shaping the image of others. While some members of the right might be quick to dismiss The Way I See It as a “commercial” that endorses the democratic party, the title should be all viewers need to know about the true message of the film. 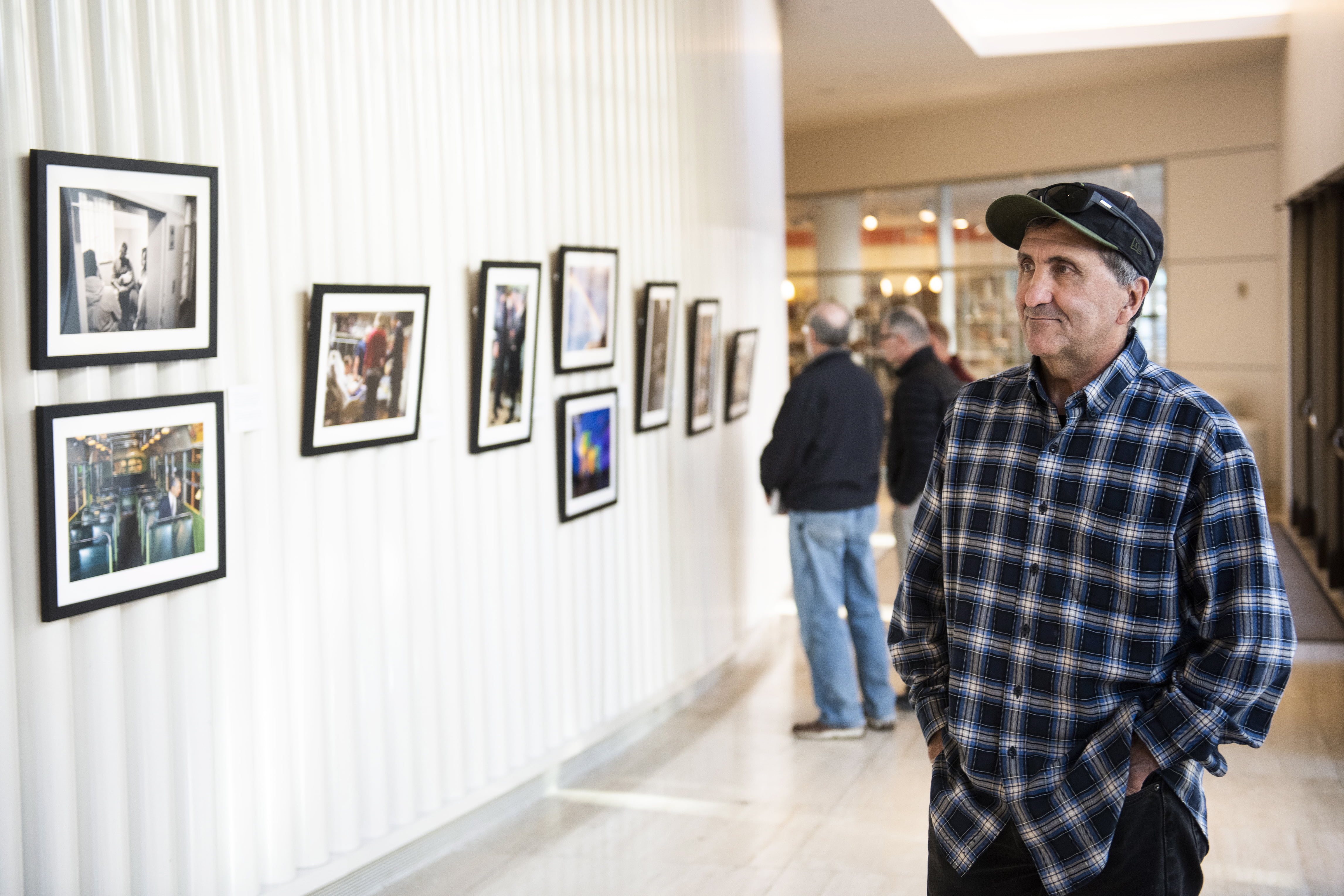 Souza, like most great photographers and cinematographers, never stopped shooting, and he’s had time and space to reflect on the nuances behind the images now immortalized. He began to see subtle expressions of pain, disgust, bewilderment, and outright joy on the faces of the world leaders who have come into his orbit. In Reagan and Obama, he saw things that appeared genuine and unforced. He saw them as human beings tasked with one of the most important jobs in the world and tried to capture their essence during major world defining moments. Souza’s about face turn towards being politically active – predominantly via his highly popular Instagram account – is the result of Trump’s hesitancy (and sometimes outright refusal) to have his time in office documented in an honest and unvarnished way. If such controversial presidents as Nixon, Reagan, and Clinton could do it, why not Trump?

Outside of the political undercurrent, The Way I See It also finds Porter getting some stories and further context out of Souza regarding some of his most memorable photos. The Way I See It has more on its mind than a mere trip down memory lane, but the nostalgic asides peppered throughout the film hold a lot of entertainment value, particularly a story about Obama’s “best” day in office and how Souza was allowed by the former president to get married in the White House rose garden (which was probably the only way it was ever going to happen, when one considers that he rarely took a day off or called in sick). These anecdotes make one pine for the days when the world wasn’t as huge of a mess as it is today and offer a bit of light in the darkness.

It’s a pretty basic documentary with obvious goals overall, and there’s a bit of a missed opportunity for Porter to spend more time interviewing people of colour to go into greater detail about what Obama’s presidency meant to their communities, but Porter deserves a lot of credit for making certain her film goes up to this exact moment in history, almost to this exact day. There isn’t really an ending to The Way I See It, and Porter and Souza are both cognizant of the ways that the American political landscape keeps shifting everyday. It’s up to the audience of the film and the American people at large to truly determine a definitive ending.

The Way I See It opens in select theatres on Friday, September 18, 2020. It is also screening online at the 2020 Toronto International Film Festival for a limited time via Bell Digital Cinema starting on Friday, September 11, 2020 at 6:00pm EST. (All Bell Digital Screenings for TIFF 2020 are geolocked to Canada with limited tickets available. As always, if seeing films in a cinema, please exercise proper precautions, including social distancing, wearing a mask, and staying home if you feel under the weather.)