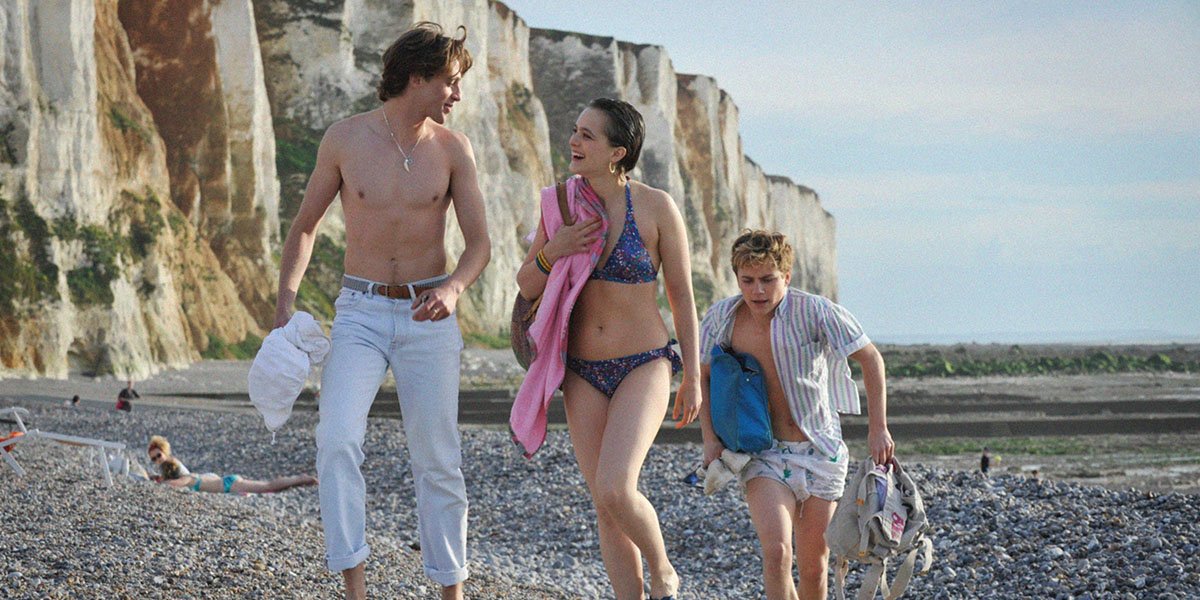 The queer romance-slash-literary minded mystery Summer of 85, the latest from prolific French auteur François Ozon, starts off as a darker and mildly intriguing riff on similar themes explored most recently in Call Me By Your Name, but it crashes and burns mightily heading into its final act.

Middle class teenager Alex (Félix Lefebvre) is an aspiring writer from a hard working family that lives in a seaside resort community. One stormy afternoon, Alex capsizes his sailboat and is rescued by the dreamy and enigmatic David (Benjamin Voisin). The two hit it off and launch into a romantic fling almost immediately, with Alex getting a job in the shop run by David’s overly enthusiastic mother (Valeria Bruni-Tedeschi) so they can spend more time together. But one knows this can’t end well because Ozon begins his film with Alex in a dark place, facing legal charges and insisting that he’s responsible for David’s death.

Summer of 85 bounces back and forth between the sunbeams and crystal blue water backdrop of young love and authorities trying to piece together what Alex has done. The 16mm aesthetic and design choices also make Summer of 85 credibly look like an artifact of its time. It’s intriguing, if a bit cliched and obvious, especially when a cute English girl (Philippine Velge) enters the orbit of the lovers. If it feels paint by numbers, it’s probably because Ozon is doing a riff on better films that already exist, barely disguising his cultural touchpoints. It’s engaging and breezy enough from the start, with Lefebvre and Voisin’s chemistry carrying Ozon’s material along at a brisk pace.

But about an hour into Summer of 85, secrets start being revealed and they’re often unfathomably feeble and implausible, the kinds of things that would be resolved in seconds in the real world, but are reduced to hammy, melodramatic plot points in this film. Summer of 85 starts off formulaic, but passable, and ends up in a shark-jumping place that’s entertaining for all the wrong reasons.

Summer of 85 screens at the 2020 Toronto International Film Festival outdoors at RBC Lakeside Drive-In Ontario Place on Sunday, September 13 at 9:00 pm and indoors at TIFF Bell Lightbox on Thursday, September 17 at 9:15 pm. It also screens online for a limited time via Bell Digital Cinema starting at 6:00 pm on Tuesday, September 15. All digital screenings during TIFF are geolocked to Canada. If seeing a film in theatres, please exercise all necessary precautions. Practice social distancing, wear a mask, and stay home if you are feeling under the weather.