Some of the most fun one can have watching wickedly evil and irredeemable people tearing each other apart, J Blakeson’s sunny looking but coal mine dark comedy I Care a Lot is a bit of carefully calculated, rapidly escalating ridiculousness with a purpose. It’s the most entertained I’ve been in quite some time while rooting for characters to mutually destroy one another.

Rosamund Pike (absolutely killing it here and boasting an unnaturally straightened hairstyle that makes her stand out) plays Marla Grayson, a money and power hungry con artist who acts as a court appointed guardian to aging or disabled people. Through carefully greasing the bureaucratic wheels of justice via equally unscrupulous doctors, lawyers, and care home operators, Marla and her partner in crime, business, and life, Fran (Eiza Gonzalez, who has the most likable character, but is still a creep), have amassed a small fortune. Those coffers will only grow with the arrival of Jennifer Peterson (Dianne Wiest) to their stable of wards. Peterson turns out to be worth a bigger fortune than initially expected, but Marla and Fran are unaware that their latest mark is the mother of a powerful and ruthless crime boss (Peter Dinklage).

Blakeson (The Disappearance of Alice Creed) offers what feels like an elevated and female driven equivalent of what Michael Bay tried to do with the lesser, but similarly themed Pain and Gain. It has a bright and sunny outward appearance, but the inhumanity shown by Pike and Dinklage’s characters towards their fellow humans is sociopathic to the extreme. The depraved game of one-upmanship between these fiends is captivating, with both performers well suited to playing characters that can barely contain their evil intentions. It’s also great to see Wiest given a chance to shine here, especially in a scene where she reveals to Marla just how deeply she has screwed herself.

You certainly don’t have to like the characters in I Care a Lot. You should probably hate them. But you’ll always want to see just how intensely they’re willing to escalate an already awful situation next, even if the well handled final reveals are somewhat predictable. And the message Blakeson offers amid all the wackiness about the corrupt nature of guardianship and care home mismanagement offers a timely and thoughtful undercurrent.

I Care a Lot screened at the 2020 Toronto International Film Festival. It’s available to stream in Canada on Amazon Prime Video starting Friday, February 19, 2021. In the U.S., the film is available on Netflix. 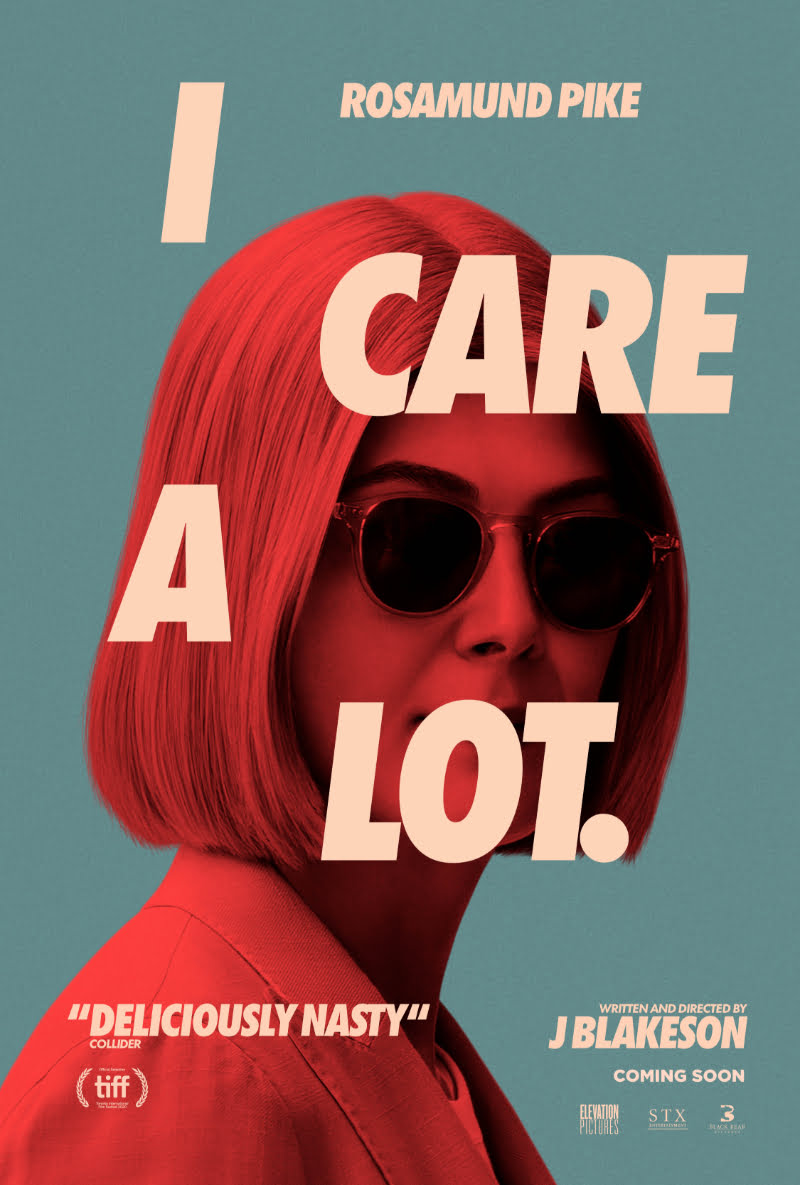