Uncomfortable honesty seems to be the theme most prevalent throughout the films found in the fifth and final programme of shorts at this year’s Toronto International Film Festival, and it sends things out on a high note.

Multi-talented Canadian filmmaker and actress Hannah Cheesman casts Michaela Kurminsky and Deragh Campbell (making her second appearance in this year’s Short Cuts programme, following Sofia Bohdanowicz’s Point and Line to Plane in Programme 02) as best friends in Succor, a look at heartbreak, dishonesty, and online dating. Following a bad break-up, Angie (Kurminsky) is goaded by her closest confidant, Abigail (Campbell), into trying a dating app for the first time. Hinging on heartfelt performances from both leads, Cheesman’s latest short takes an amusing, creative, and morally complicated turn that forces viewers to rethink the core friendship on several different levels. Not only is Succor a great short, it’s also an unlikely conversation starter.

The funniest short out of any of this year’s Short Cuts selections is Amina Sutton and Maya Tanaka’s faux-lifestyle documentary The Price of Cheap Rent, which takes a relatively simple joke and tells it expertly alongside a clever bit of racial commentary. Sutton (who displays an exceptional talent for comedic understatement) stars as a young, black artist searching for an affordable apartment in New York City. She finds one, and it has some, um… problems, but she decides to stay anyway. I won’t ruin Sutton and Tanaka’s punchline for them, but I will say that The Price of Cheap Rent has huge laughs and emerges as the most quotable film at the festival, feature or short.

Portuguese animator Alexandra Ramires’ mostly black and white Tie is a surreal head trip that looks like a sketch book come to vibrant life. It revolves around two human-like creatures hiding secrets from the world around them. Tie is an ambitious work, hinting at matters of life, death, evolution, our relationship to the natural world and everything in-between. But Ramires’ work probably functions best as a reflection on the masks people wear to hide their insecurities.

Young actor and real life gymnast Charlotte Verwimp gives a commanding and authentic leading performance in Belgian filmmaker Leonardo van Dijl’s drama Stephanie. Verwimp plays the titular gymnast, a champion who’s already experiencing nagging injuries at only 12 years old. Stephanie and her mother deny the pain and try to push through to the national championships in several weeks, despite objections from trainers. An uncomfortable and frank look at the road to adulthood faced by many young athletes, Stephanie is also a look at a young person slowly gaining self-awareness and agency over her situation. A rousing and crowd pleasing sports movie, this isn’t, but Stephanie is exceptional work in more complicated ways. 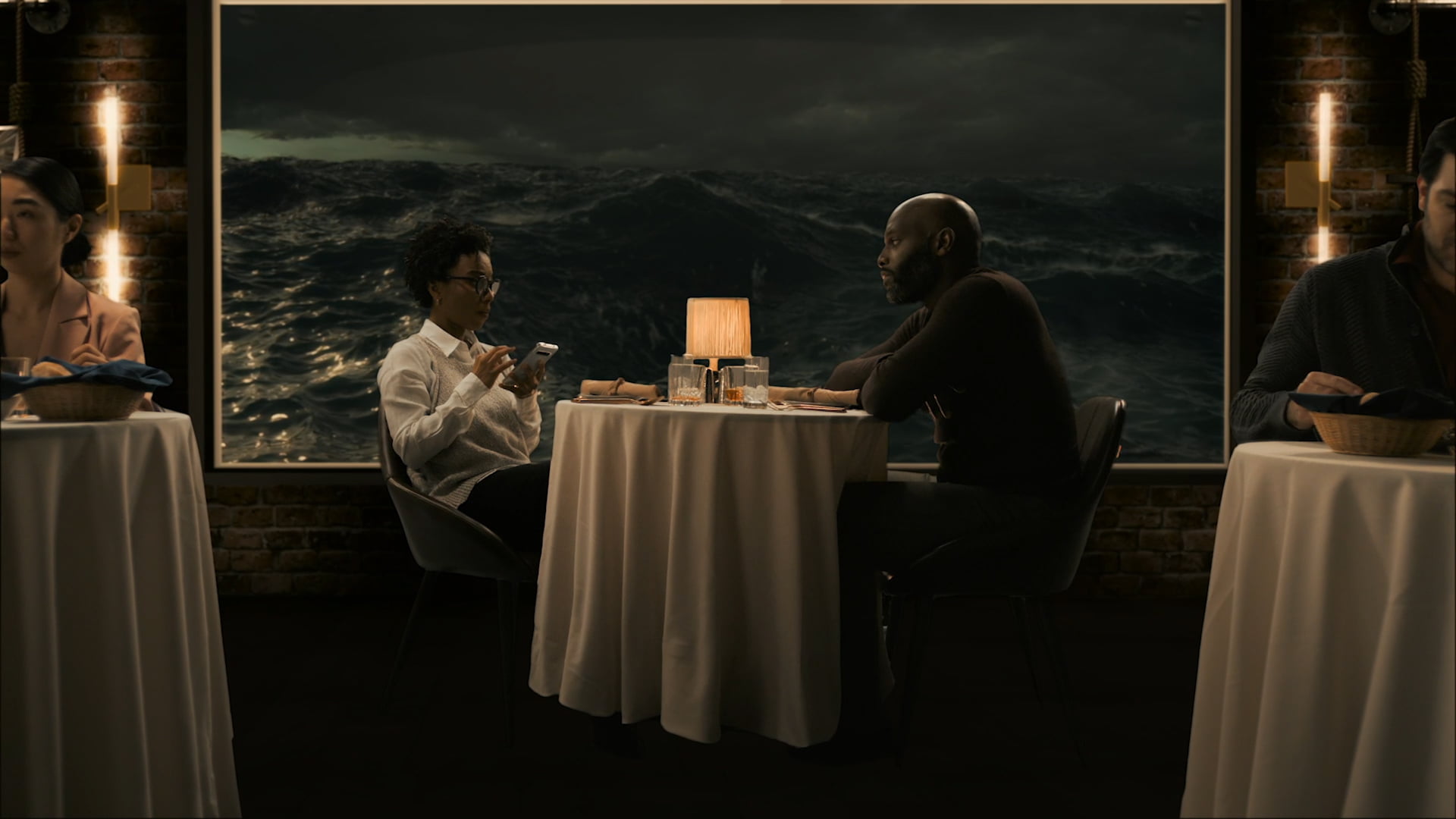 It might be an obvious metaphor that the conversation unfolding over the course of Canadian filmmaker Sasha Leigh Henry’s short Sinking Ship is taking place in front of a painting depicting stormy waters, but her film is one where every little detail is in place for a reason. The viewer joins a middle aged couple – played by the perfectly matched pairing of Jenny Brizard and Herschel Andoh – who dance closer and closer to breaking up over the course of after dinner drinks. When the couple starts to have an honest, increasingly heated discussion revolving around his increasing lack of desire, things get stormy, both literally and figuratively. Henry (who also acted as a producer on another exceptional short this year, Black Bodies) keeps things so tightly focused that the viewer has little room to breathe, and the result is watching two great actors functioning like cars bound for a head on collision. All we can do is watch what happens and witness the fallout.

Alex Anna’s live action and animation hybrid Scars could go a long way towards destigmatizing mental illness, most specifically when it comes to self-harm. Anna bravely and unflinchingly gives viewers a guided tour all over her body, one that bears the scars left behind following years of self-inflicted cuts. Anna will make anyone going through something similar feel like they aren’t alone, and Scars hopefully makes anyone who hasn’t struggled with such feelings realize that those who do self-harm are often normal human beings who feel emotions on a deeper level than others. It isn’t healthy – and Anna is very clear and up-front about feelings of shame and guilt – but it’s an outlet for pains that are hard or impossible to express openly. As someone who has struggled with something similar over the years, Scars is a film that means a lot to me on a personal level, and hopefully it has the power to reach a lot more people.

The longest of this year’s shorts in any programme is Tiffany Hsiung’s thirty minute long Sing Me a Lullaby (pictured at top), a deeply personal documentary that questions whether or not it’s better for a secret to remain under wraps. Patiently crafted over the course of 14 years, Sing Me a Lullaby documents Hsiung (The Apology) trying to track down her Taiwanese mother’s birth parents. Tiffany’s mother has almost no memories of her childhood, a result of being taken away from her parents at the age of five. Initially, Sing Me a Lullaby starts out talking about how staying out of other people’s business is a frustrating part of Chinese culture, but quickly Hsiung’s latest turns into something else. Just when it seems things are going to wrap up rather quickly, new heartbreaks are uncovered that will alter the family’s life forever. It’s a moving and heartbreaking piece of work with overwhelming emotions and lots of pointed questions about the keeping of familial secrets across generations.

Short Cuts Programme 05 is available to stream online for a limited time at TIFF 2020 via Bell Digital Cinema starting at 6:00 pm on Tuesday, September 15. All TIFF 2020 online screenings are geolocked to Canada.