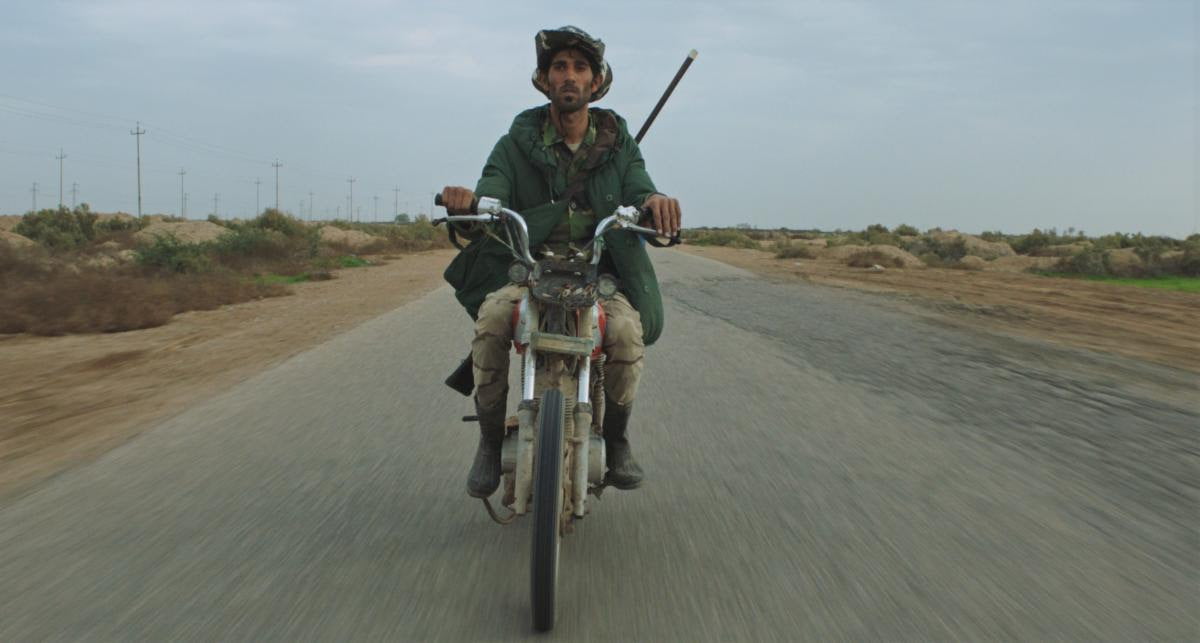 Italian filmmaker and documentarian Gianfranco Rosi is a master of capturing profound images that speak volumes about the human condition, and his latest, Notturno, is no exception.

Filmed over the course of two years along the Middle Eastern borders of Iran, Kurdistan, Syria, and Lebanon, Notturno finds Rosi observing the toll constant civil wars, invasions, and various forms of terrorist activities have taken on everyday citizens and residents. It functions in many ways as the flip side to his other most recent feature, the Oscar nominated Fire At Sea, which was a look at the migrant crisis. While that film examined with great empathy the extent people will go to in a bid to flee injustice, persecution, poverty, and war, Notturno is about the strength it takes to stay behind.

There’s an eerie, quiet calm to many of Rosi’s strictly observational sequences. Whether it’s militarized forces waiting patiently in a bunker for something to happen, prisoners huddled together in a windowless room, young people sharing a smoke on a balcony, patients in a psychiatric ward putting on a play, teachers who have to function as therapists to their traumatized students, or a hunter-gatherer trying to remain incognito at night while fires rage in the background, there’s an air of resignation to their fates that painfully reverberates throughout Notturno.

For these people, hope for a better future is all but lost, and existence and survival have taken top priority. Nothing violent happens in Notturno (unless one counts moments where some of Rosi’s subjects watch playback of past events on a screen), but there’s always a chance that something will happen. The people profiled in Notturno are tired, and in a constantly heightened state of preparedness.

It’s depressing, unsettling, and quietly incendiary, and it’s absolutely supposed to be.

Nottorno screened as part of the 2020 Toronto International Film Festival. It is available on VOD starting Tuesday, March 2, 2021, and is available to screen Canada-wide via digital TIFF Bell Lightbox