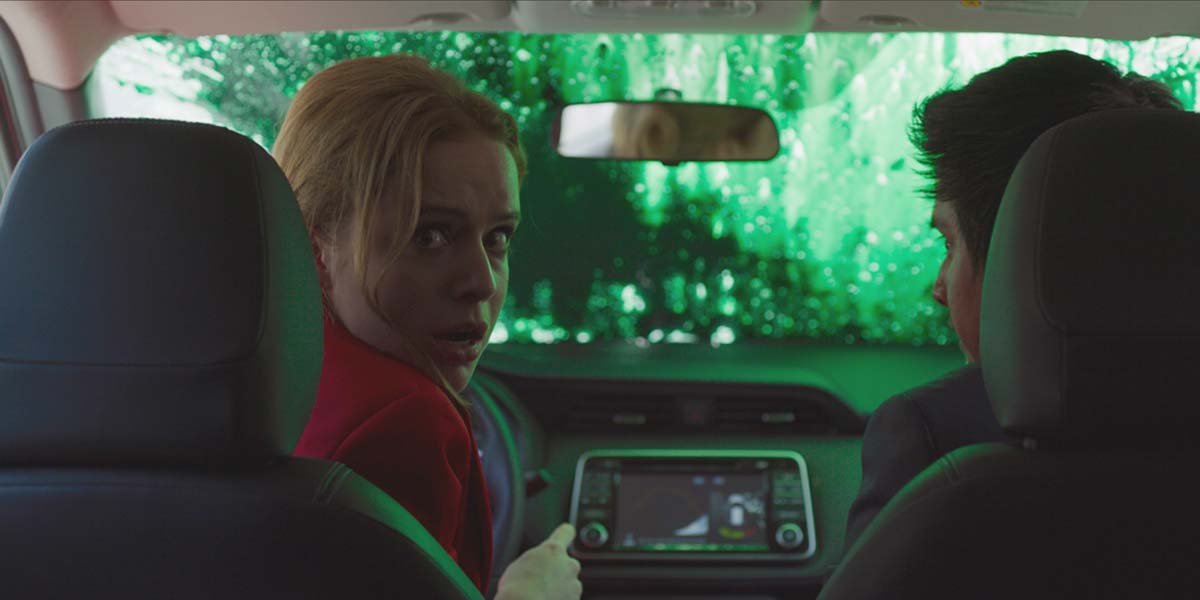 Winner of this year’s Silver Lion at the Venice Film Festival (finishing just behind Nomadland), Mexican filmmaker Michel Franco’s latest, New Order, is a bracing, pointed, and occasionally sloppy bit of social commentary that suggests full on dystopian society is just barely around the corner (if we’re not already there).

It starts off rather compellingly. Mexican cities are under siege from protests and demonstrations speaking out and pushing back against economic and racial inequality. These protestors specifically target the rich, tagging them in a wash of green paint. While this is all going on, Marianne (Naian Gonzaléz Norvind) is having an opulent wedding thrown for her by her wealthy parents at their massive estate. During the oblivious celebration that’s deliberately ignoring the turmoil of the outside world (a perfect dual and unintended metaphor for weddings and large social gatherings being recently tied to COVID-19 outbreaks), a former housekeeper (Eligio Meléndez) pays a humble, but unexpected visit. His wife needs emergency cardiac surgery, but all public hospitals are overrun by protestors and bodies are mounting in the streets after clashes with the police and military. The man needs money for a private clinic and safe transportation to get there with his wife. Outside of some offering pitiances of cash, no one is willing to provide tangible help except for Marianne, who agrees to take the aging couple wherever they need to go.

Writer-director Franco (After Lucia, Chronic) is more than a little obvious in his tidy, three act structure about class warfare, but the first third of New Order is a brilliant piece of writing and direction, with the second becoming a more intense and paranoid thriller where the haves and have nots have to equally worry about their safety. It quickly falls apart heading into the finale, revolving around a twist that’s both obvious and strangely apolitical for a film that sets out to feel revolutionary. Instead of feeling fresh, New Order ends in a place that makes one wonder if this would’ve played better a year ago instead of today. It already has a dated quality, which is strange to say about something that’s ostensibly futuristic. In that respect, it’s kind of like The Hunt, only with more on its mind than cheap, obvious thrills.

What saves New Order is Franco’s control over pacing, setting, visuals, and the film’s overall message of the nefarious ways the influential protect their political power. It doesn’t end as well as it starts, but New Order still leaves enough of an impression to be a conversation starter.

New Order screens again in cinemas at TIFF Bell Lightbox during the 2020 Toronto International Film festival on Wednesday, September 16 at 9:15 pm. It is also available to stream online for a limited time via Bell Digital Cinema starting at 6:00 pm on Wednesday, September 16. All online screenings for TIFF 2020 are geolocked to Canada. If seeing a film in theatres, please take all necessary precautions. Practice social distancing, wear a mask, and stay home if feeling ill.