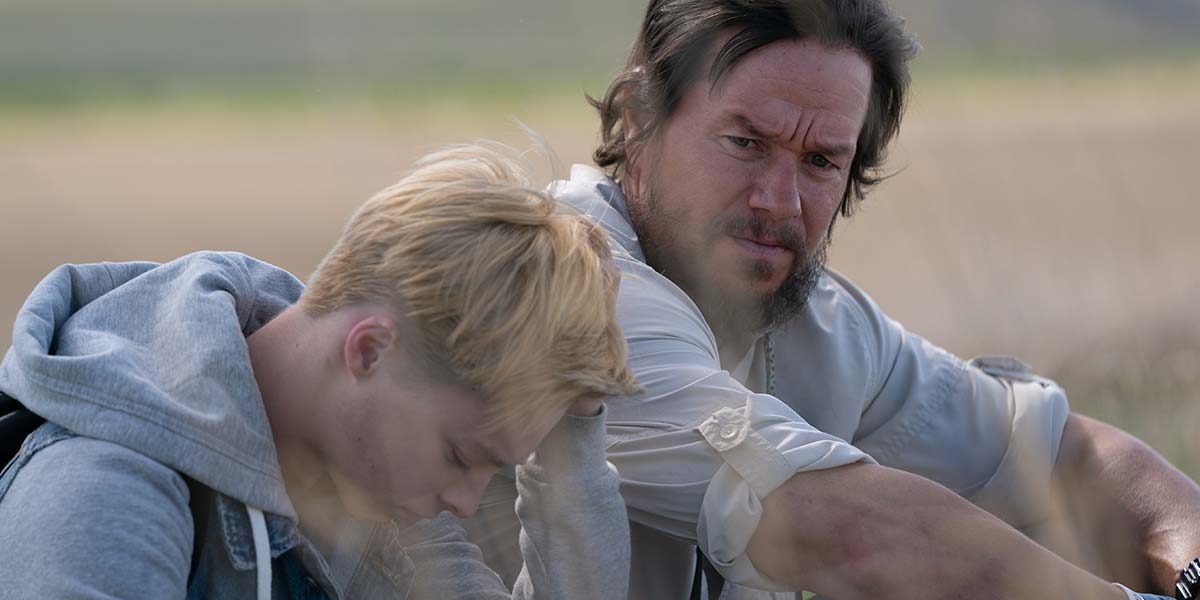 A lazily reductive and somewhat insulting bit of performative activism writ large, the anti-bullying drama Good Joe Bell is trying too desperately to be “Green Book for gay people.” It takes trauma, injustice, and inequality, wraps it all up in a bow with a brief handwritten note that simply says “we need to do something about this,” and leaves things at that. It has all the passion and integrity of an interoffice memo.

Mark Wahlberg, in one of the most misguided performances of his career, stars as Joe Bell, a red blooded, conservative, testosterone driven American father who starts walking across the country – from Oregon to New York City – to talk to students about the dangers of bullying after witnessing what his own kid has gone through. He’s flanked by his gay son, Jadin (Reid Miller), who keeps telling dad that his simplistic message of “just be yourself” isn’t strong enough.

Good Joe Bell is based on a true story, but this is the Patch Adams version of that story; a vision of a disturbing and insidious reality so sanitized and sickly sweet that only people who have never faced adversity in their lives would ever buy into it. Reinaldo Marcus Green (Monsters and Men) leans hard into every tearjerker cliche in the book, including not one, but two insultingly manipulative twists that undermine what could’ve been a useful story to tell. The script is unbelievably written by Brokeback Mountain scribes Larry McMurtry and Diana Ossana in a comedown in emotion, intelligence, and quality that it’s like comparing a five star meal to eating a bunch of tacks downed with a glass of antifreeze.

Wahlberg can certainly play an alpha-male, but there’s no capacity for vulnerability on the part of the actor here, and the script forces the character into situations that are embarrassing without offering anything of substance. (Let’s have him sing Lady Gaga! Let’s send him to the gay bar!). And while Reid is genuinely good, he has so little chemistry with Wahlberg that their shared scenes fall flatter than the roads they’re travelling.

And yet, I truly believe that Good Joe Bell is precisely how passive, right-leaning parents look at bullying – not just against LGBT youth, but in general – and there are many who’ll believe that the film is helping more than its hurting. Maybe if this story was more realistic and a lot less of a brazen Hollywood star vehicle and Oscar baiting claptrap, Good Joe Bell might work. Instead, it’s ineffective at best and borderline dangerous at worst. It’s recommended only for anyone who thought Green Book “solved” racism. It is the straightest film about real fears faced by the queer community one could possibly make.

Good Joe Bell screens again in cinemas at TIFF Bell Lightbox during the 2020 Toronto International Film Festival on Saturday, September 19 at 8:00 pm. It’s available to stream online for a limited time via Bell Digital Cinema starting at 6:00 pm on Friday, September 18. All online screenings during TIFF 2020 are geolocked to Canada. If seeing a film in theatres, please take all necessary precautions. Practice social distancing, wear a mask, and stay home if feeling ill.