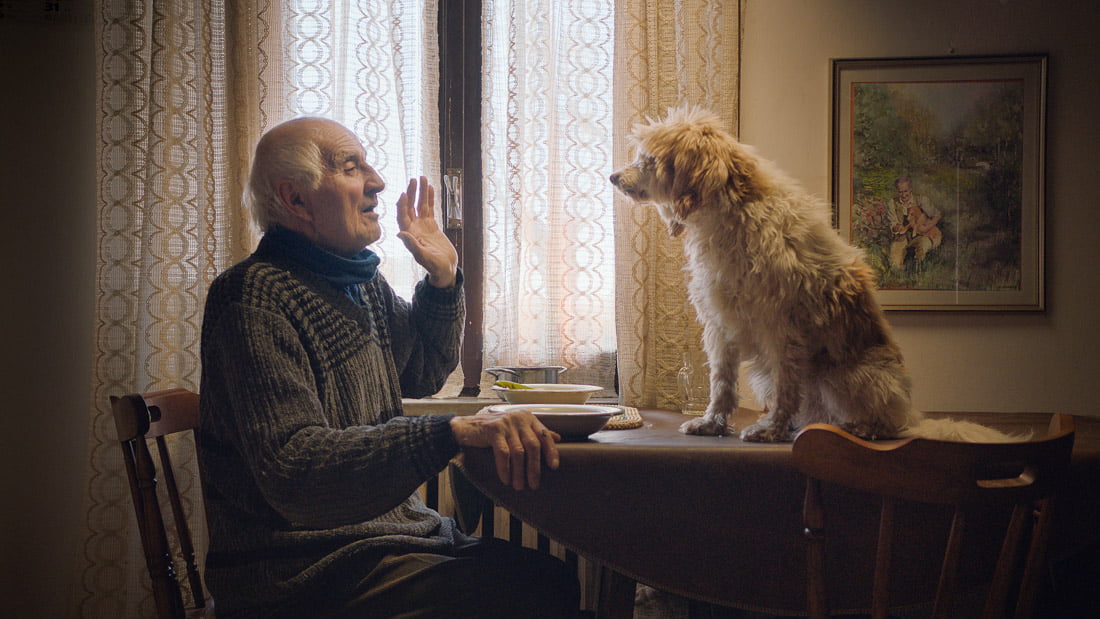 Michael Dweck and Gregory Kershaw’s observational and enlightening documentary The Truffle Hunters has a lot more on its mind than culinary delicacies. In addition to following along with a trio of aging men in Northern Italy who spend their days searching for appetizing fruits of the earth, The Truffle Hunters looks at growing old, the bonds between humans and dogs, and the economics that have helped to make their work a highly sought after and pricey commodity.

In the Piedmont region of Italy, skilled foragers and their highly trained dogs have been seeking out some of the rarest truffles in the world. They’ve been doing it their entire lives, and the techniques they use will likely be taken to the grave. Like most industries, they have to endure both peaks and valleys, fight for their turf, worry about their dogs eating poisons meant to sabotage their efforts, and navigate negotiations with picky buyers, wholesalers, and auctioneers. While a younger generation has been truffle hunting for quite some time now, the older men profiled by Dweck and Kershaw represent a fading way of life; one that might end up going extinct.

The Truffle Hunters paints its titular luxury as an addiction for foragers, gourmands, and buyers alike, with many “deals” being made in back alleys and in posh private offices. Most of these men should’ve walked away years ago; their bodies barely able to traverse the terrains that house the best truffles. They’re so advanced in their ages, the dogs they work with and care for are very likely to outlive them. Their frustrations about the changing world echo the opinions of many older men today, but it’s never clear if their obstinance will save or destroy the industry.

The Truffle Hunters boasts some occasionally odd and jarring editorial decisions, and the strictly observational format means lots of questions viewers might have will remain unanswered, but as an objective look at a world most foodies take for granted, it’s a rather pleasant experience.

The Truffle Hunters is available to screen online during TIFF 2020 for a limited time via Bell Digital Cinema starting at 6:00 pm on Friday, September 18. All online screenings for TIFF 2020 are geolocked to Canada.