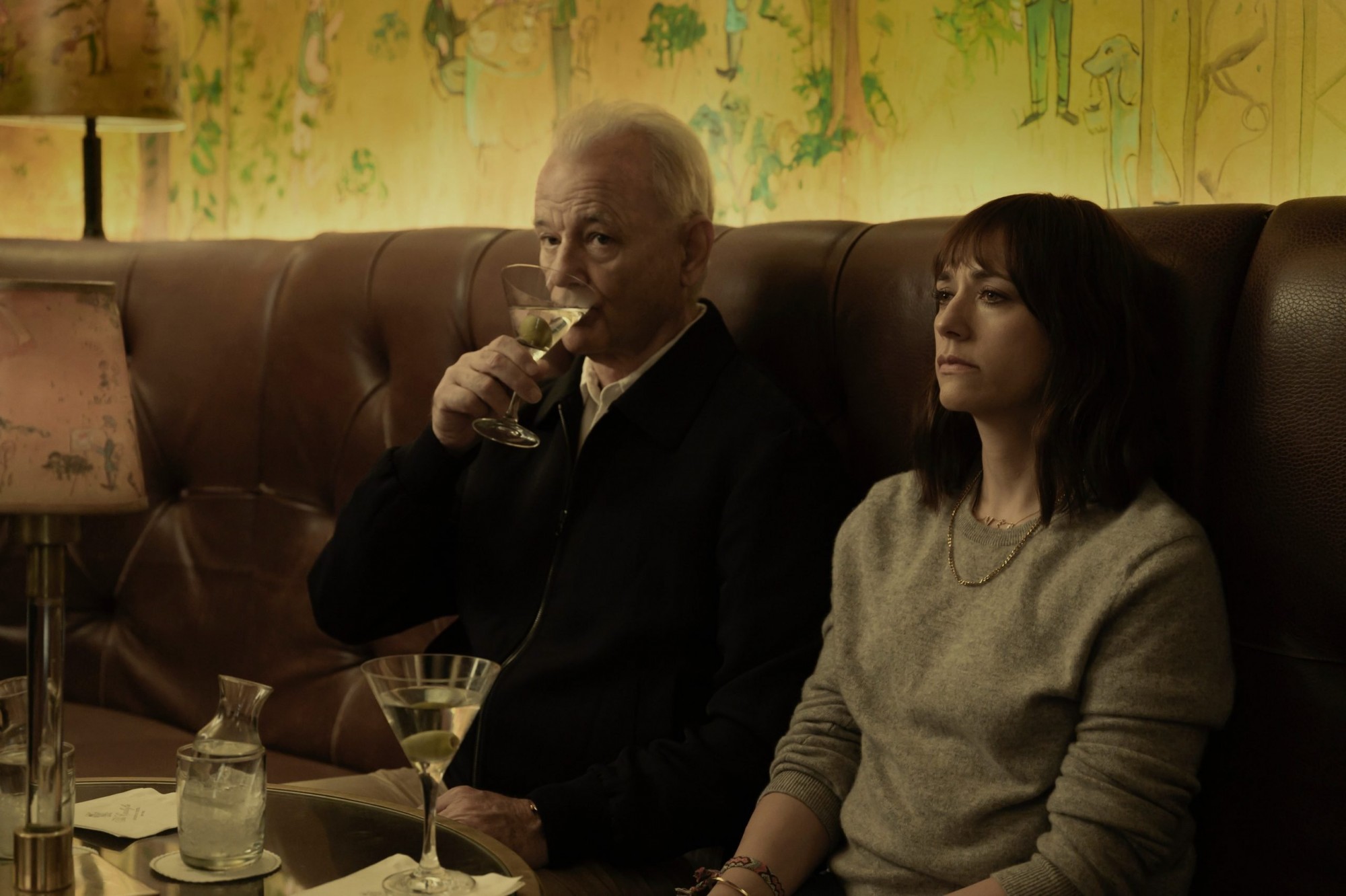 Light and effervescent, On the Rocks is a good bit of cinematic comfort food, but it’s bound to be heralded by some as a bit of a disappointment from those expecting more from the filmmaker behind it. Had it been made by anyone other than writer-director Sofia Coppola, this comedic father-daughter romp would’ve been heralded as engaging, passable fare perfect for its early fall release date. Since it has been made by one of the most critically acclaimed and talked about filmmakers of this current generation, On the Rocks feels doomed to be dismissed as “minor” work that “could’ve been directed by anybody” by some critics at large. While Coppola isn’t coming close to reinventing the wheel with her latest effort, On the Rocks still has plenty of charm and emotional truthfulness to coast on likability alone.

Laura (Rashida Jones), a New York City based writer and mother of two in her late 30s, is struggling both professionally and domestically. Her crippling writer’s block leaves her questioning her talents, but it’s in no way taking a greater toll than her paranoia regarding her marriage. On paper, she has a great, comfortable life; married to Dean (Marlon Wayans), a rapidly rising star in the world of social media marketing. But when Dean starts making long business trips with increasing frequency, Laura begins to think their love has hit a roadblock. Enter Felix (Bill Murray), Laura’s jet-setting, rabble-rousing, charismatic playboy father. Felix, who knows a thing or two about infidelity and polyamory, insists to his daughter that Dean has to be having an affair, despite a clear lack of evidence to back-up his accusations. With Dean constantly in and out of the picture, Felix and Laura begin spending more time together, with the protective father insisting that they investigate her husband’s dealings and whereabouts.

Coppola’s story is practical to the point of openly inviting cliches, but the plot isn’t the driving force behind On the Rocks. The writing here is as snappy as a cracker, with Coppola’s wit and the performances given by Jones and Murray providing the caviar on top. On the Rocks is the type of film that’s made simply because those involved see the inherent entertainment value and emotional catharsis in the situation. There aren’t many grand statements here beyond delivering messages of love, understanding, and faithfulness. It’s a “nice” movie made by a boundary pushing filmmaker who has temporarily retreated to a different sort of comfort zone. 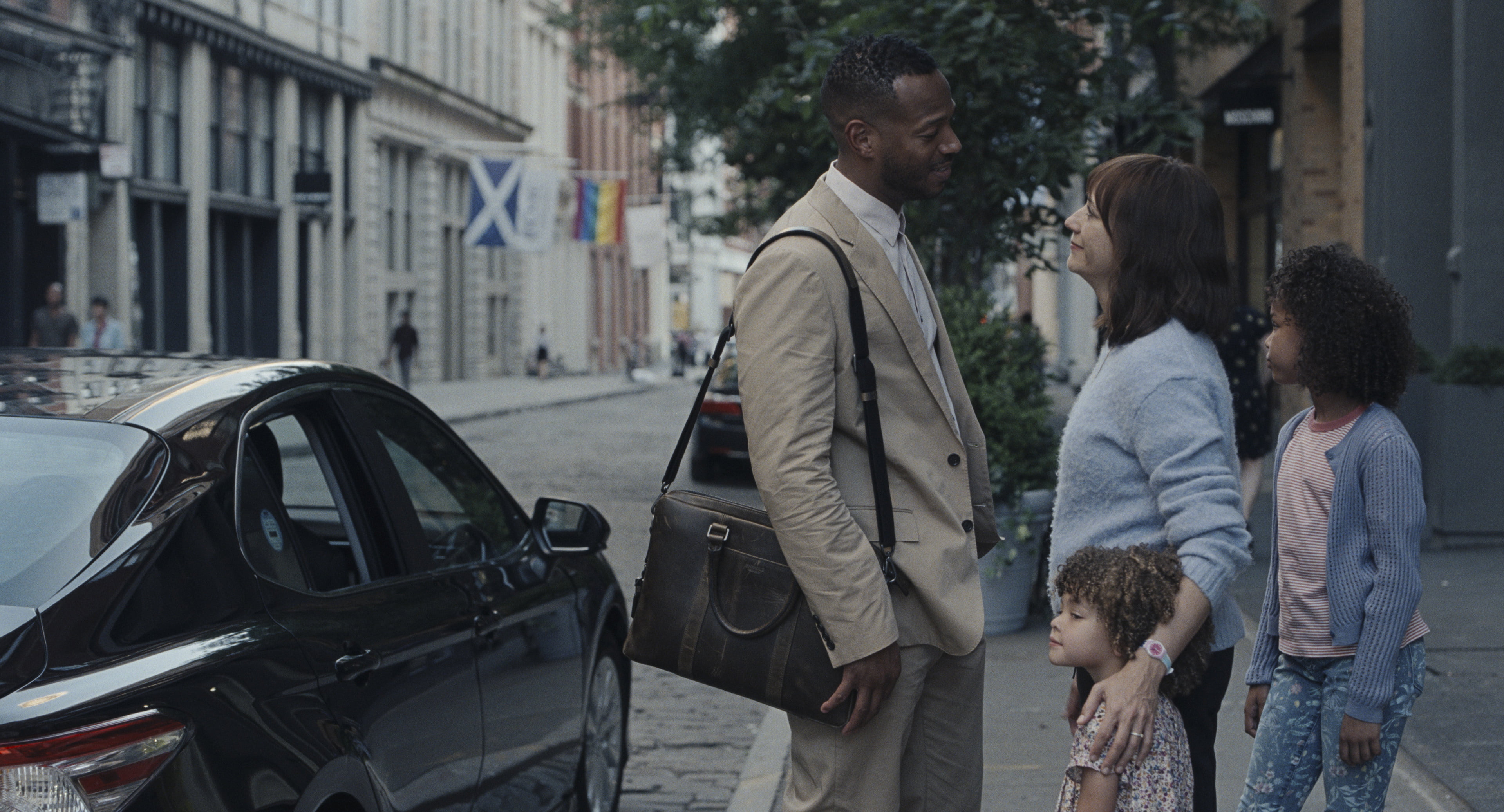 On the Rocks is devoid of any sort of Coppola’s all-but-trademarked sense of brooding ennui, with witty banter and comedic scenarios taking its place. Similarly, On the Rocks is all but devoid of any visual opulence that’s present in Coppola’s other works. Once again, Coppola is telling a story of wealthy and well-to-do people who exist in their own insular social bubble, but the stylistic flourishes are more reserved this time out. On the Rocks takes place in spaces where the characters can most comfortably act like themselves. Whether it’s fashionable, old money rich watering holes and steakhouses that Felix has taken Laura to many times before or riding around city streets in a vintage convertible, On the Rocks is a simply told story of people living in their element while dealing with easily identifiable personal problems.

There’s nothing challenging in the slightest about On the Rocks and its fairly obvious Point A to Point B storyline, even when the action shifts briefly from New York City to a Mexican resort in the final act. Coppola also doesn’t seem to care too deeply about elevating a plotline that would be right at home in a made-for-television movie from the 1980s to greater heights. All the filmmaker cares about here is the overall believability of her madcap premise and giving some fine actors plenty of space to do what they do best. Many of Coppola’s previous movies have been built around characters that viewers wouldn’t want to spend much time around, or around people who are so wealthy that their problems seem frustratingly blown out of proportion. On the Rocks doesn’t come with any of that baggage, despite taking place in a world most viewers will never get to experience firsthand.

Jones and Murray are an inspired pairing, effortlessly riffing off each other’s banter like they’re trading brain cells before the viewer’s eyes. Felix’s well defined balance of arrogance and protectiveness pairs nicely with Laura’s role as a perpetually skeptical daughter. Murray will take the character’s almost stream-of-consciousness thoughts to frequently hilarious, highfalutin heights, and Jones is always there to bring things back down to earth in believably funny fashion. They feel every bit like a father-daughter pairing, but it’s the subtler notes these actors bring to their characters that provide the emotional glue that bonds Coppola’s film. Murray understands that Felix is trying far too hard to make up for past mistakes with his daughter by potentially making bigger ones, while Jones is the type of performer who can subtly convey her character’s thought processes and inner doubts without speaking a word. Murray’s maximalist work and Jones’ minimalism are intoxicating to watch, either in tandem or on their own. (And a special note must be mentioned for Wayans, who’s doing some of his best and most subtle work here to make sure that Dean is seen as both sympathetic and suspect at all times.)

On the Rocks is an unpretentious movie about pretentious people; a bit of pure, unforced, and crowd pleasing entertainment from someone not known for telling such stories. It takes place in a world and amid characters that are well within the filmmaker’s wheelhouse, but instead of amplifying any sort of style or drama, Coppola takes the unfussy route. It might disappoint some, but the relaxed nature of On the Rocks (not to mention the father-daughter connection at the heart of the story) makes the film come across like one of Coppola’s most personal works. If nothing else, it’s a perfectly enjoyable lark for a crisp, fall afternoon.

On the Rocks opens for a limited engagement in select Canadian cinemas on Friday, October 2, 2020. If seeing a film in cinemas, please take all necessary precautions. Practice social distancing, wear a mask, and stay home if feeling ill. On the Rocks will be available to stream everywhere via Apple TV+ starting on Friday, October 23, 2020.