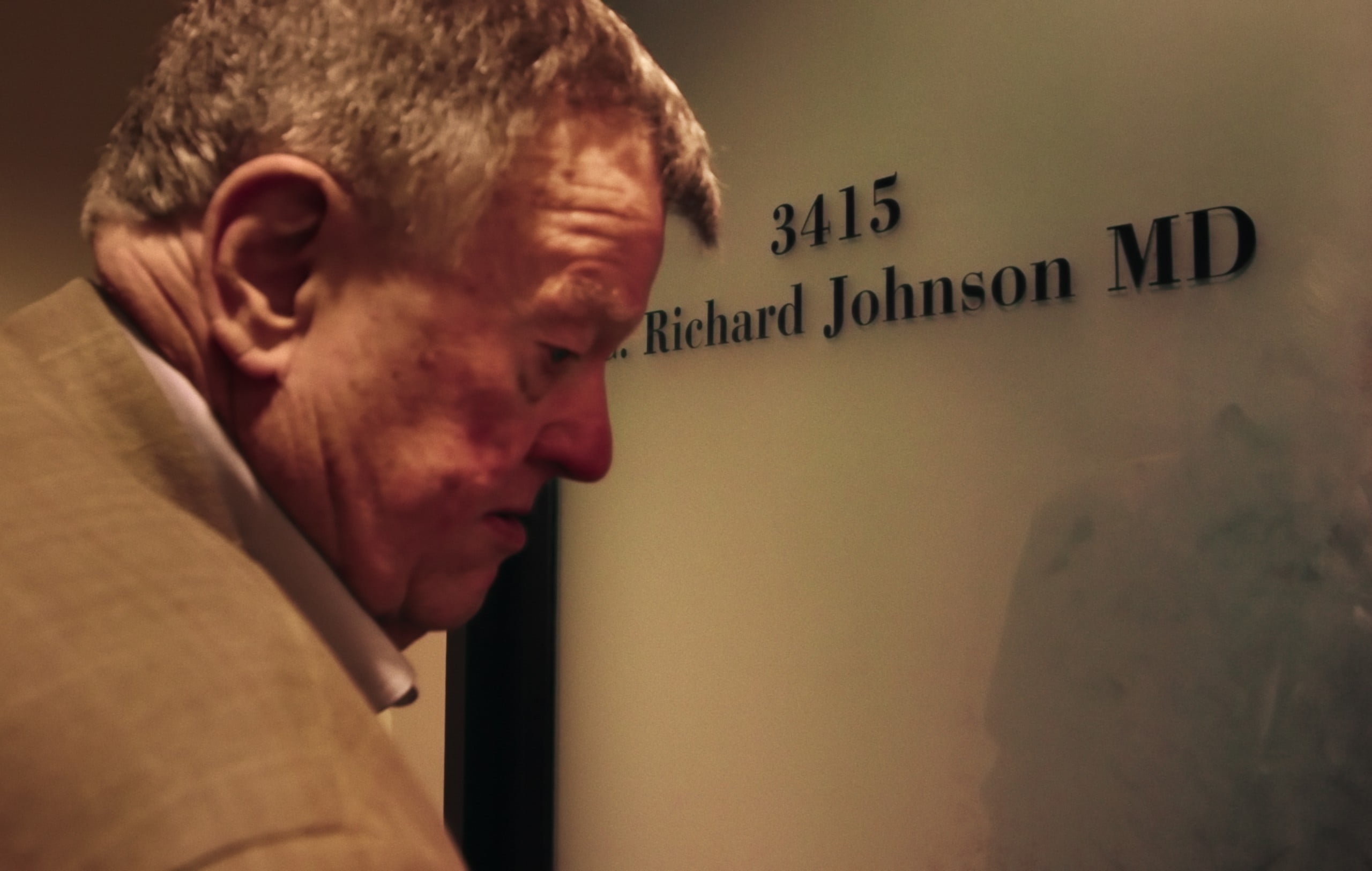 Caught somewhere between a profile, an extended gag, and a living wake, Kirsten Johnson’s heartfelt, funny, and brave documentary Dick Johnson is Dead shows the empowerment that can be found in addressing end of life issues while one is still alive. A unique father and daughter project, Dick Johnson is Dead always runs the risk of turning viewers off with what’s essentially a one joke premise, but it’s an idea that’s treated with care, dignity, and compassion. It’s an idea that very few filmmakers and documentary subjects would be able to pull off with any degree of conviction, but thankfully Johnson and her father – the aforementioned Dick – are wholly up to their unusual task.

Kirsten, an award winning documentarian and cinematographer, thinks she has the perfect father, but she knows that he’s dying and slowly losing his memory thanks to the onset of dementia. Dick, a recently retired psychologist, has shown increasing cracks in his mental stability, and it’s time for him to move from the family home in Seattle and into Kirsten’s one-bedroom apartment in New York City. While Dick still has a good deal of his mental and physical faculties intact, the octogenarian agrees to help his daughter with a unique project: a film where she will repeatedly kill her dad in a variety of outlandish ways. Their goal with Dick Johnson is Dead is to soften the gravity of the situation for the both of them, allowing them to chuckle in the face of the inevitable.

It sounds like Dick Johnson is Dead could easily lapse into parody or bad taste, but the filmmaker and their subject have framed their project as one borne from love and a desire to entertain while engaging with dark thoughts and sadness. Not only does Dick Johnson is Dead help Kirsten preserve the memory of her loving, quick witted, and understanding father as he was, but it also allows the dad and daughter to work out the shared trauma of losing their wife and mother, who passed away under similar circumstances seven years before they embarked on their current multi-year project. There’s a subtle sense throughout Dick Johnson is Dead that Kirsten might be trying to work out her own subconscious thoughts about her family’s history of dementia and Alzheimer’s Disease in a confrontation of her own future, but the film itself remains firmly focused on celebrating an everyman that the filmmaker wants to thank for always being there. 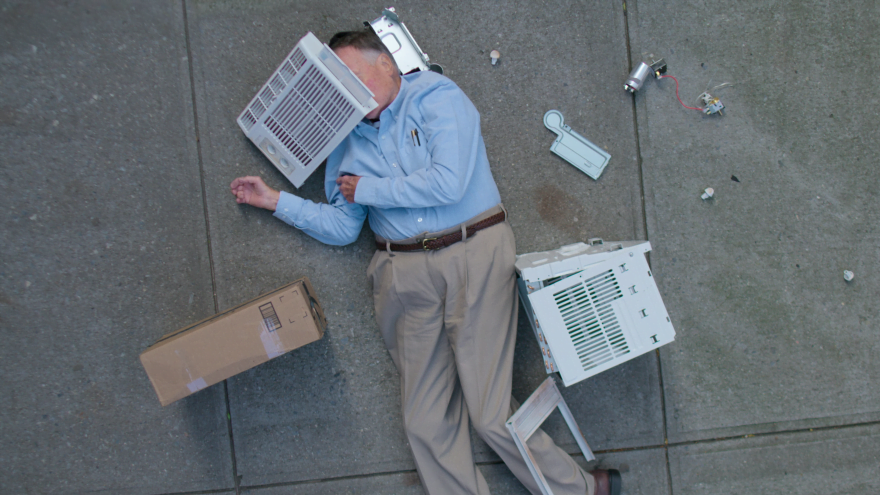 It’s just as personal as her landmark documentary Cameraperson, and possibly an even deeper examination of what makes Kirsten Johnson tick creatively. Dick Johnson might not sound like the type of person a filmmaker would want to build a documentary around. Other than his years of dedication to his practice (which we get to witness him retiring from) and family, the most interesting thing about Dick is his faith. Dick and Kirsten were raised in the strict Seventh-day Adventist church, with the father leaning more heavily into his beliefs later in life. Although movies were all but forbidden in their lives, Dick took Kirsten to see Young Frankenstein when she was eleven, a moment that the filmmaker credits for kick-starting her career and love affair with cinema. Instead of starting a theological discussion on what happens after death, Dick Johnson is Dead takes its subject’s beliefs at face value and weaves them into the story, offering playful, hyper-stylized glimpses of what things might look like when the happy father makes his way to heaven.

Those moments of joy and catharsis usually follow the playfully staged “death scenes” Kirsten Johnson has peppered throughout the film. Whenever Dick dies on screen, it’s meant to shock and come seemingly out of nowhere. Whether it’s an auto accident, construction site mishap, or simply dropping an air conditioner on his head from a great height, it’s often hard to see Dick’s various demises coming before they happen, lending the Johnsons’ film a pleasing degree of darkly unpredictable black comedy. They’re well staged, and Dick lovingly seems down for almost anything his daughter wants to do, but both understand that this project can’t go on forever, with the film’s best moment coming during a “behind the scenes” bit where dad has a bit of a freakout regarding something he has been asked to act out. As filmmakers, they take the silliness of their premise very seriously, but they never go so far as to make each other feel uncomfortable.

That level of comfort and empathy is what makes Dick Johnson is Dead so inviting and entertaining. Instead of focusing only on the difficulty of watching a once strong loved one slowly slipping away, Kirsten and Dick want to enjoy the time they have left together without ignoring the elephant in the room. That sadness is there (particularly in a tearful moment when Dick says his condition has left him feeling more like a little brother than a father), but it’s tempered with good humour and a brave face. There are likely some viewers who will find Dick Johnson is Dead to be triggering after facing similar issues with loved ones, but Kirsten and her dad never pretend to be authorities or to have all the answers. What they’re doing is unique to their relationship and sensibilities, and there’s an overwhelming amount of respect and understanding to be found within.

Dick Johnson is Dead is now available to stream on Netflix.