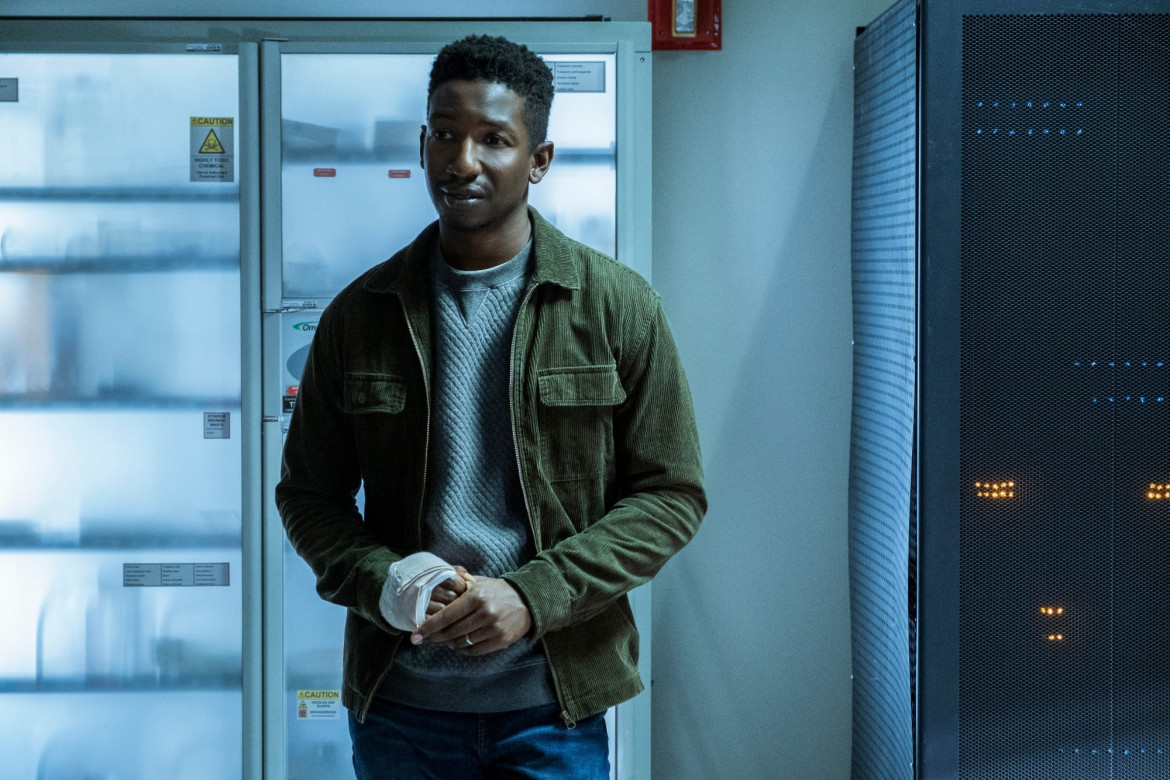 A smart, yet simple blend of suspense and sci-fi, director and co-writer Emmanuel Osei-Kuffour Jr’s first feature Black Box stitches together some familiar genre tropes into a thoughtful and refreshing package. Although it’s being marketed by its production company, Blumhouse, as a horror movie timed to a Halloween release (alongside a bunch of other offerings getting dumped onto a streaming service this month), Black Box is far more heady and emotionally complex than the studio suggests. It’s not a perfect film – mostly thanks to producer Jason Blum’s notoriously stingy budgetary constraints being placed on such an ambitious story – but it’s one that deserves a better shake than it has been given. Black Box isn’t a film that would’ve set the box office ablaze, but it’s definitely one worth seeking out amid the recent, overwhelming glut of streaming releases.

Following an auto accident that killed his wife, Nolan Wright (Mamoudou Athie) has been left with debilitating amnesia. He recognizes his young daughter, Ava (Amanda Christie), and brother, Gary (Tosin Morohunfola), but he hasn’t been able to get his memory back on track. His brain injury has left him unable to work, and his debt load has left him feeling desperate for help. With few treatment options left at his disposal, Nolan agrees to participate in a “cognitive research study” run by a respected doctor (Phylicia Rashad) involving hypnosis. The procedure allows the doctor to harvest memories found in the chaotic mental period critical patients have when their lives flash before their eyes in the moments before death. Nolan starts recalling memories from the past, but the faces of people in these visions are blurry, the situations borderline nightmarish, and they’re occurring in places Nolan doesn’t recognize. In his waking life, Nolan begins taking on personality traits and habits that seem out of character for him, and he begins to worry that he wasn’t such a nice person before the accident. These memories could provide proof that Nolan was a cad in his previous life. They could also be manifestations of his stress and survivor’s guilt. There might also be something sinister afoot that Nolan doesn’t realize.

The plot to Black Box sounds like the perfect jumping off point for a complex, surreal story about the terrors that live in the recesses of the mind, but Kuffour has some rather simple ethical and psychological questions that he’d rather address here. The script from Kuffour and Stephen Herman does a fine job of taking inspiration from no less than a dozen sci-fi and psychological thrillers from the past without feeling like it’s ripping off any creators or insulting the audience for their film. Black Box slots rather nicely alongside other classic paranoia thrillers and sci-fi classics about people who’ve crossed the line between life and death. Black Box is built around concepts and ideas that will be familiar to genre aficionados, but Kuffour does a fine job repackaging them all into something novel, propulsive, and purposeful. Kuffour’s all black cast also adds a subtly integrated subtext about race that’s always present without overshadowing the personal struggles at the heart of the story. 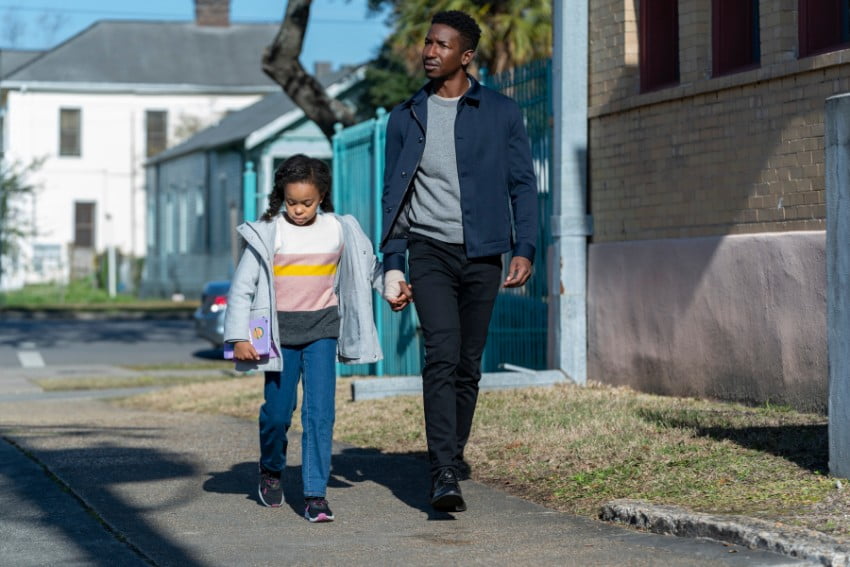 The performances help to shape Black Box into a richer experience than one might expect, elevating an already strong script and direction, Athie puts in a fascinating, textured performance that serves the material perfectly. Nolan’s continued mental unravelling has to happen incrementally and carefully for Black Box to work, and Athie’s detail oriented work – full of tiny tics instead of grand gestures – is perfectly in tune with Kuffour’s goals. It’s nice to see a veteran performer like Rashad getting a chance to sink her teeth into a morally ambiguous, against-type role, and seizing the opportunity to deliver some career best work. Christine also deserves a lot of credit for playing an extremely likable child who’s sympathetic and quirky without being overbearing or needlessly precocious. Christine turns in a balanced, heartfelt performance that other young actors would do well to study. Athie is exceptional enough to carry Black Box on his own talents, but Rashad and Christine give him a lot to work with. The actors are making the absolute most of their material, and the result is a thriller with remarkable balance.

Black Box isn’t a particularly stylish or visually memorable affair, but that’s likely a byproduct of the film’s obviously rock bottom budget. That means very little when a filmmaker and their cast exert such masterful control over a well told story. Naturally, Black Box is built around a grand reveal, and while Kuffour isn’t overly telegraphing where the story is headed, it’s still a revelation that’s easy to piece together without too much help. Even with a certain degree of predictability, Black Box succeeds because the paranoia and psychological trauma at the heart of the story are treated with care and respect. This unreal situation feels real, reasoned, and emotionally truthful, making Black Box a high concept thriller that rewards audience investment.

Much like Blumhouse’s other Amazon offering this week, The Lie (which is really, really bad), Black Box is being marketed as a horror movie timed to the Halloween holiday. It’s not that kind of film despite a frightening premise and a couple of scary elements. Anyone going in expecting such a movie will likely be disappointed. Those in the mood for a well told, acted, and directed story, look no further.