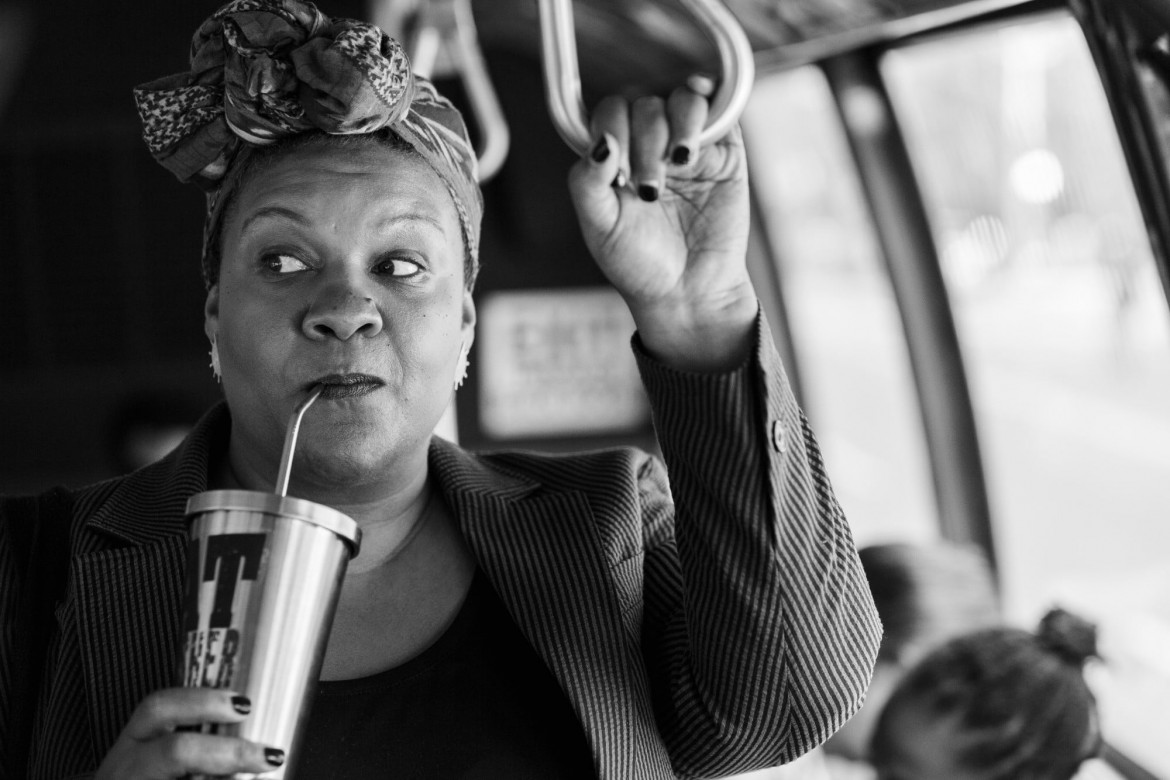 The Forty-Year-Old Version, the debut feature from director, writer, and star Radha Blank, is as impassioned and personal as filmmaking gets, so much so that its mere existence is worthy of unending celebration. Frequently flighty, a bit stagey, and always steadfast in its desire to remain truthful and honest, The Forty-Year-Old Version is far from being a perfect film, but it’s a powerful work from someone who’s putting themselves out there and announcing their long overdue arrival. Blank calls her shot and hits a home run here. It might be a single run homer, but the swing, power, and follow-through can’t be denied.

Blank stars more or less as herself, a once promising playwright who featured prominently in one of those ubiquitous “top 30 under 30” magazine profiles. That initial recognition seems like a lifetime ago, with Radha approaching 40 and stuck teaching theatre instead of making any on her own. Frustrated with the stagnancy of her career and the overwhelmingly old and white power structure that maintains a stranglehold over much of New York City’s theatre community, Radha becomes inspired by the vapidity of modern hip-hop and decides to record a mixtape. Radha, who dabbled in emceeing back in high school, has little experience in the rap game, but she’s determined to make a go of things with the moral support of her agent and longtime best friend, Archie (Peter Y. Kim), and a twentysomething beat maker (Oswin Benjamin) that will slowly become more than a professional acquaintance.

The truth can be messy. Honesty, especially with oneself, can be even messier. The Forty-Year-Old Version is a pointed and richly detailed look at what it means to be black, middle aged, and female identifying that has all of the uncomfortable intimacy of stumbling across someone’s diary. Blank (who picked up a directing award at Sundance earlier this year for her work here) has packed The Forty-Year-Old Version with equal parts confidence, constructive reflection, and self-deprecation. While the on-screen version of Radha has clearly suffered at the hands and minds of other creative types that refuse to understand her art or perspective, Blank also shows the character as her own worst enemy; a woman caught between a desire to keep it real and a competing wish to be viewed as a successful artist. 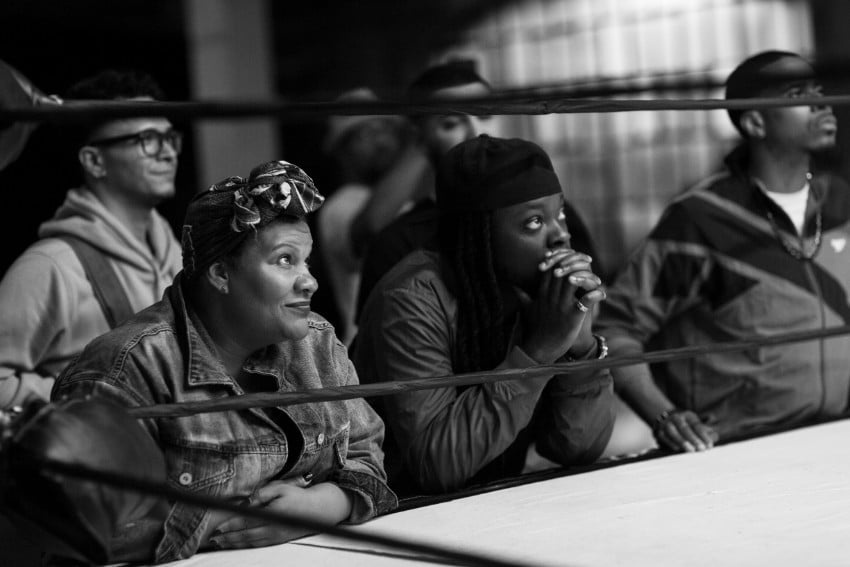 The dialogue in The Forty-Year-Old Version feels every bit the work of a playwright making a feature length film for the first time, but more often than not the static, overwritten nature of the lines and how they’re being delivered by the actors is appropriate for the material. The slow pacing and austere, black and white visual style also helps to ensure that Blank isn’t missing any emotions, thoughts, opinions, or themes along the way. The Forty-Year-Old Version might be a directorial debut, but it’s very much a project devoted to writing and acting. It’s a blown out production with a lot of indulgent bloat (just like the Judd Apatow works this film’s title plays off of), but there isn’t a moment in The Forty-Year-Old Version that doesn’t feel impassioned, lived in, or authentic, with the possible exception of an underdeveloped thread where Radha is still coming to terms with her mother’s death one year prior. It’s a work of artistic frustration, a feeling that’s also quite messy to wrestle with.

Race and gender perceptions are at the forefront of The Forty-Year-Old Version, but Blank’s film could provide immeasurable service to anyone who feels creatively blocked, undervalued, or struggling with imposter syndrome. The film’s primary antagonist – a white producer (Reed Birney) with a shit-eating permagrin who made his money and prestige by backing “poverty porn” and “white guilt” productions – is instantly recognizable to any marginalized person who has ever tried and failed to get something artistic funded, regardless of medium. Blank is constantly questioning what defines success more: a sense of self-worth or the need for acknowledgment. Does Radha go ahead and work on a heavily compromised play that she wrote just because it will be a stepping stone to awards and further work, or does she keep going with her floundering rap career and create work she can genuinely be happy about? The Forty-Year-Old Version goes into great detail about how the concept of “selling out” is very different for black and female artists, but the overall message here is instantly identifiable and uniquely inspirational without sounding like coddling bullshit.

There are some sequences in The Forty-Year-Old Version that go on far longer than necessary (like a viewing of the aforementioned musical) and some threads that can be cut (interstitial “person on the street” interviews, almost everything involving Radha’s students), but the ill fitting pieces still add up to a captivating whole. It’s a work where the person creating it is sick of holding back and ready to unleash everything on their mind at once. It’s passionate and intoxicating to watch it unfold, like watching someone talking through and measuring a lot of their own issues in real time. Sometimes, the results are sloppy from a technical and pacing standpoint, but authenticity will always rise to the top.

The funny bits are often uncomfortably truthful. The dramatic beats are realistic. The confrontational nature of some of the film’s best moments are absolutely necessary. The Forty-Year-Old Version is resoundingly successful in all the ways that matter most for this type of project, and I can’t wait to see and hear what Blank has to say next.

The Forty-Year-Old Version is available to stream on Netflix starting Friday, October 9, 2020.