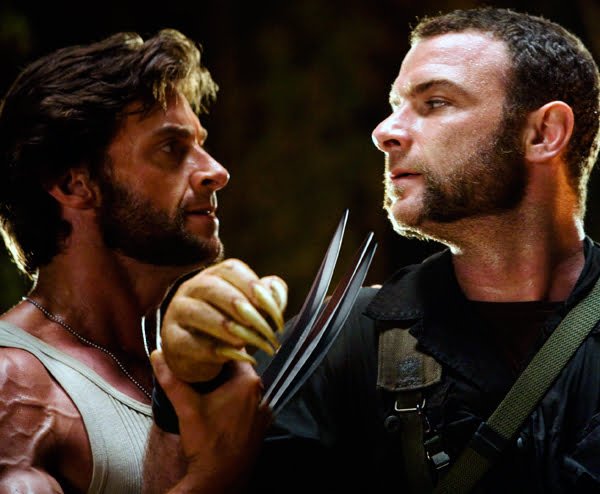 Opening in theatres, Hugh Jackman reprises his role as the mutant Wolverine in X-Men Origins: Wolverine, and Matthew McConaughey stars in the romantic comedy Ghosts of Girlfriends Past.

Of course, back then, Wolverine still used his real name – James Howlett – and he was also fighting beside his half-brother, Victor Creed – otherwise known as Sabretooth. Joining William Stryker’s group of mutants, the duo begin to understand their differences when James walks away from a mission that involves hurting innocent people as Stryker pushes a hidden agenda.

Years later, living in Northern Canada, Wolverine will again meet up with Victor, which will finally force him into an unfriendly alliance with Stryker and his government program. A program that will turn James into the perfect killing machine, capable of taking care of Victor and his blood-thirsty nature.

The problem is that Wolverine makes a ham-fisted attempt to capture years and years of back-story, and then mangles the details for American consumption. Let me just set this straight, in the source comic books, Wolverine was Canadian, and Weapon X was a Canadian project. Apparently the film studio was afraid of that prospect though, and it all gets whitewashed as another lame American super-soldier project.

Ghosts of Girlfriends Past
Since appearing in Dazed and Confused, Matthew McConaughey has had a remarkable career in Hollywood. At the same time though, ask most film goers what they think of McConaughey, and the response seems to be pretty cut and dry; you either love him, or you despise him. (Those results also tend to get skewed depending on whether you think he’s dreamy or not.)

In the romantic comedy Ghosts of Girlfriends Past, McConaughey plays Connor, a womanizing photographer who picks up and dumps women without a care. On the night before his brother is about to be married, Connor goes too far in front of the guests, nearly ruining the wedding, and turning his friend Jenny, played by Jennifer Garner, against him.

That’s when Michael Douglas, playing the ghost of Connor’s late Uncle Wayne, comes to the rescue to teach the womanizer a thing or two about his wayward ways. Following the plot of Dicken’s A Christmas Carol, Connor will be visited by the ghosts of girlfriends past, present and future, to show him his last chance at a happily ever after.

With its heavily-borrowed plotline, which also rips off I-love-my-best-friend films like My Best Friend’s Wedding, it’s hard to look at Ghosts of Girlfriends Past as anything except a commercial knock-off. And like him or not, McConaughey has wandered into another derivative role that will no doubt still manage to bring in wads of cash.

Strangely enough, the film was directed by Mark Waters, who helmed a number of youth-oriented films, including The Spiderwick Chronicles, Mean Girls, and Freaky Friday. And some of the critical response so far suggests that the director may have left his mark on this romantic comedy.

“The movie clumps through one witless if not wince-evoking sequence after another without the relief of laughter,” Kirk Honeycutt wrote for the Hollywood Reporter.

While Melissa Anderson of the Village Voice suggests the biggest problem. “Above all, it will make you long for a day when studio movies about relationships feel like they are by and for adults who have actually been in one.”