Although it’s heavily indebted to other recent and nostalgic horror movie classics before it, Come Play is an assuredly frightening piece of work. With obvious echoes of The Babadook and Poltergeist throughout, Come Play won’t win many jaded horror movie buffs over with its originality, but the debut feature of writer-director Jacob Chase succeeds because the film accomplishes exactly what it claims to do on the tin: to scare the pants off unexpecting viewers. I have no trouble admitting that there were more than a few moments throughout Come Play where I was jumpy or on the edge of my seat, even when I knew that I’d seen most of this stuff before and better. Come Play isn’t a horror movie classic, but it’s definitely a solidly constructed thrill ride.

Oliver (Azhy Robertson) is a kind-hearted, dinosaur and Spongebob Squarepants loving, non-verbal autistic boy who’s struggling in more ways than one. His former best friend (Winslow Fegley) is now his biggest tormenter at school. His mother (Gillian Jacobs) and father (John Gallagher Jr.) are in the process of splitting up. Dad is caring, but aloof, while mom is growing increasingly frustrated with her son’s inability to communicate. One night, out of nowhere, a mysterious “kid’s e-book” pops up on Oliver’s electronic devices called “Misunderstood Monsters.” The dark, frightening book – which demands to be read all the way to the end – tells the story of Larry, a mysterious creature that simply wants a friend… no matter the cost.

Come Play is another in an increasing number of features helmed by filmmakers adapting their shorts into longform efforts (see also: Lights Out, Oculus, and, well, The Babadook), with Chase’s stylish effort landing on the higher end of that scale. Spooky storybooks, technological boogeymen, fracturing families, bullying, and autism have all been explored in horror cinema better than they are in Come Play, but Chase’s film – an expansion of his short, Larry – is a great example of something that entertains simply by never putting a bad foot forward. (With the Poltergeist comparisons coming almost naturally, since Come Play is produced in part by an offshoot of Amblin Entertainment.) Come Play is a confidently written, well acted, and emotionally realistic scarer with plenty of memorable moments and nothing to derail its overall entertainment value or momentum. You want “bump in the night” scares? Come Play has you covered and then some. 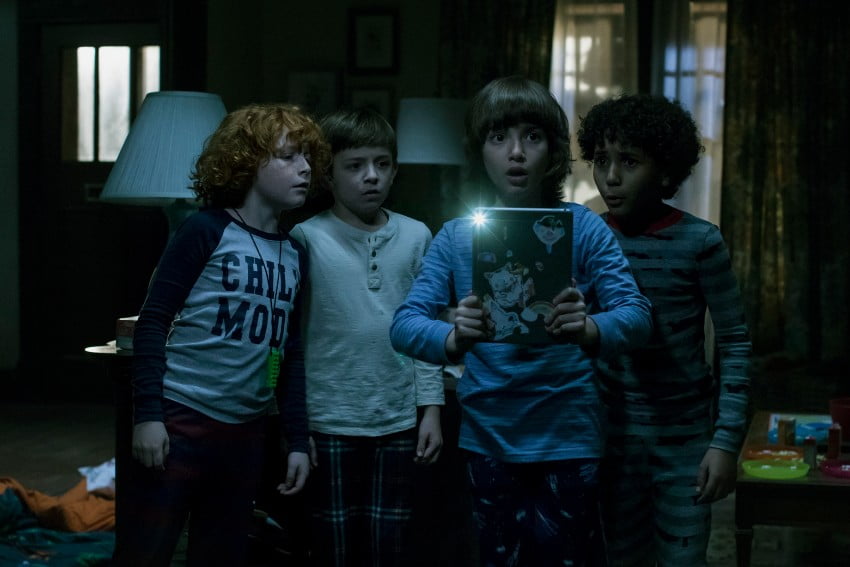 Building a horror thriller – even one of the PG-13 variety – around an autistic child has the potential to dip into exploitation territory, but Chase and Robertson go to great lengths to never speak down to or reduce what makes the film’s protagonist unique. At every twist and turn, Oliver is treated as a deeply empathetic human being who isn’t held back by his autism. While one could read into the villainous Larry as a metaphor for how the world perceives Oliver – or, just as easily, a manifestation of his parents’ impending separation – Come Play is more interested in fostering a genuine connection to its young hero rather than hammering home its inherent symbolism. It’s a smart move that makes the heartwarming moments of Come Play a lot easier to buy into, while keeping the scares as meaningful and effective as possible. The bullying element to the story feels a bit like padding (even though it leads somewhere interesting and unexpected by the time it wraps up), but Chase constructs the character well, while Robertson delivers an outstandingly detailed and layered performance as Oliver.

For their part, Jacobs and Gallagher do a great job of illustrating the challenges parents of an autistic child face, and the disagreements and stressors that can drive them apart. Neither is a perfect parent, and a lot of their attempts to connect to their kid are misguided, but together they help to give Chase’s story a great deal of emotional and social resonance to make the film stronger than one’s average fright-fest. They work exceptionally well alongside their vastly younger co-star to create a dysfunctional family unit worth caring for. The main reason why the jump scares and sudden bursts of violence matter throughout Come Play work is because Chase and his stars are providing ample reason for the viewer to care about what they’re witnessing in the first place.

Come Play certainly isn’t a minimalist horror film, with Chase proving to be the type of filmmaker who likes to crank the style up to eleven. That works just fine here. Come Play is packed to bursting with clever blink-and-you’ll-miss-it moments and ingeniously conceived set pieces, especially a neat moment involving a seemingly empty parking lot and a laser tape measure and another revolving around a facial recognition app. Chase also subscribes to the James Wan method of making sure his sound design is chock full of gnarly, loud, uncomfortable effects prior to the real scare materializing on screen. Chase even manages to find unique ways of getting a rise out of viewers, like suddenly smash cutting from a potentially scary moment to something totally innocuous. There’s nothing particularly subtle about Come Play, but when has a funhouse ever relied on understatement?

While I wouldn’t necessarily pick Come Play over the more established genre classics Chase so clearly loves, I’d happily watch it again just to see the reactions of some of my most skittish friends. Just like the title suggests, Chase’s film is built on a sense of playfulness and inclusivity. Horror doesn’t always need to be a four course meal of refined, heady scares. Sometimes you just want a greasy burger and fries. Come Play revels in being that sort of comfort food. 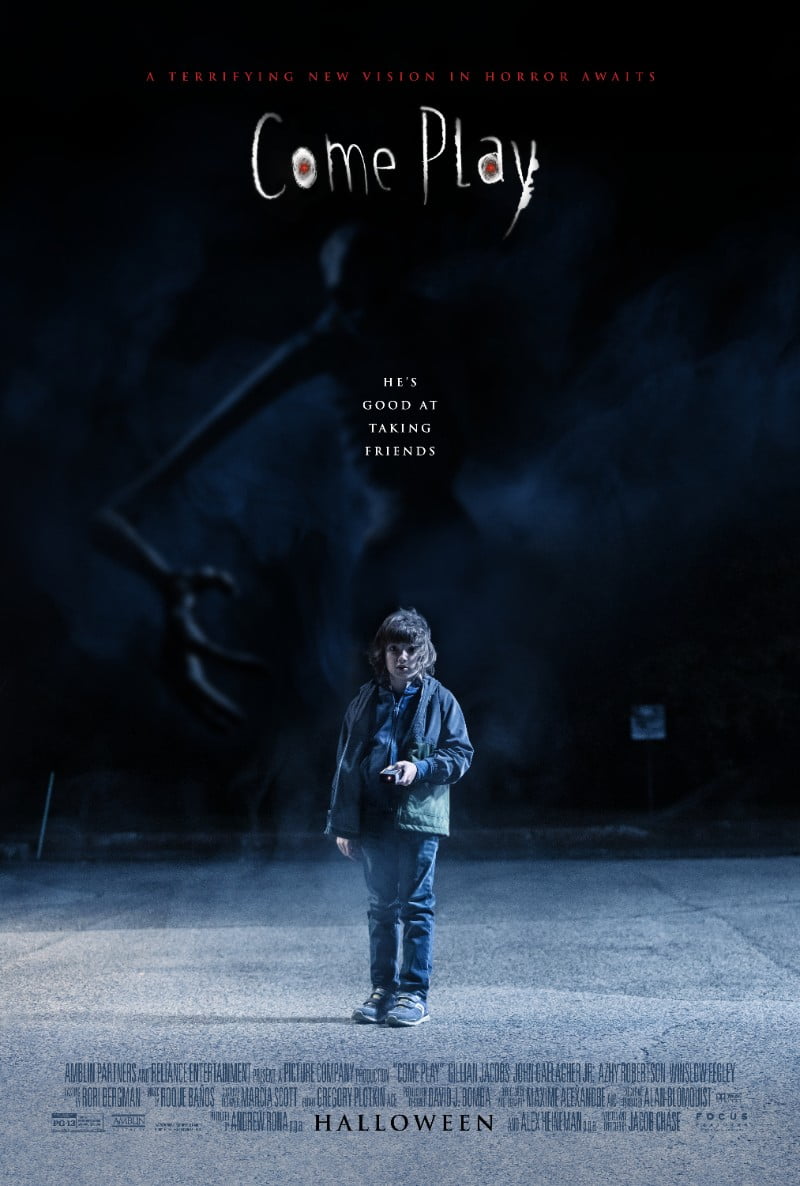