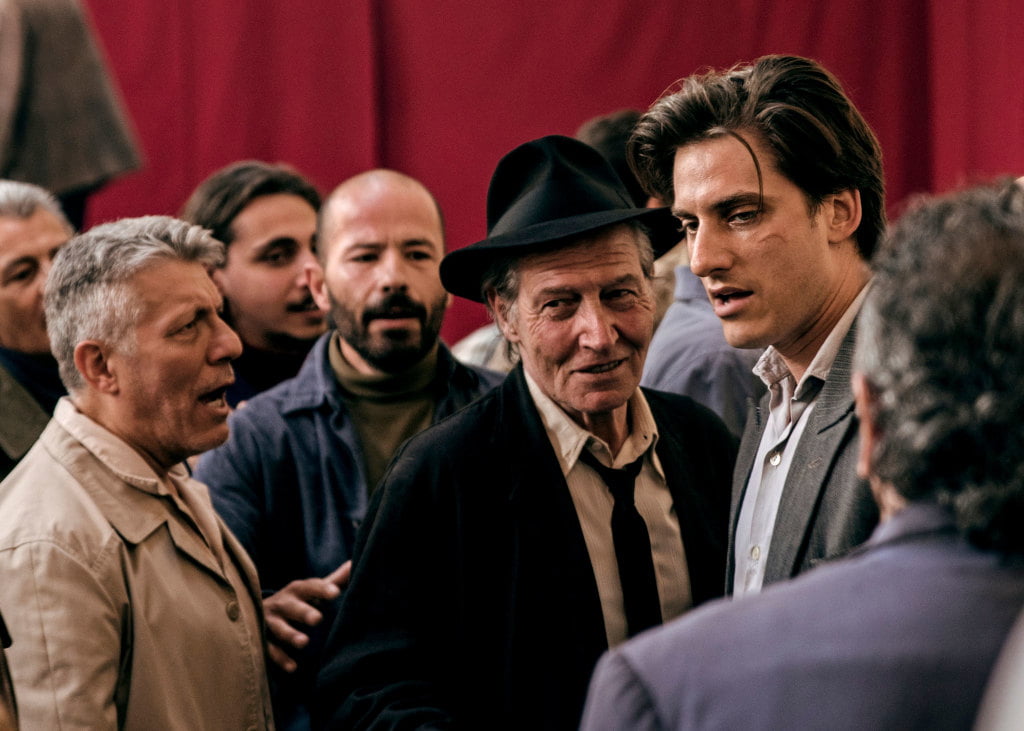 A polished and sweeping literary world character study, Italian filmmaker Pietro Marcello’s Martin Eden is a tale of meteoric rises and spectacular falls, just not in the way most people imagine them. A classical feeling story about economic inequality, artistic passion, and poisonous ego, Martin Eden feels rather appropriately like a film from several bygone eras at once, and told through the eyes and thoughts of a character that’s as contemporary as it is familiar. It’s a slow burning, observant, and intelligent motion picture the likes of which audiences rarely get to see these days, almost single-handedly reviving the all but dead subgenre of films built around writers who are their own worst enemy.

The titular character – played by rising star Luca Marinelli, who picked up the Best Actor prize in Venice last year for his performance here – is, on the surface, an average, undereducated blue collar worker, toiling away at backbreaking labour gigs in pre-World War II Italy. One day, while at a shipyard, Martin saves the life of a young man, Arturo Orsini (Giustiniano Alpi), who has run afoul of a brutish security guard. To repay Martin some kindness, Arturo invites him to the estate of his wealthy family. There, Martin meets and becomes smitten with the lovely Elena (Jessica Cressy), Arturo’s sister. When he notices that Elena has an affinity for classic literature, Martin makes it his goal in life to become a published poet and author. Class snobbery and Martin’s lack of a formal education attempt to hold the ruggedly handsome young man back, but eventually after losing nearly everything in his life, success finds him. Unfortunately, that success doesn’t change how Elena and many wealthy elites see Martin, leading him spiralling into cycles of rage and self-loathing.

Martin Eden is a loose adaptation of a Jack London novel that was set in 1909 California. Director and co-writer Marcello moves the action from America to 1930s and 40s era Naples, while the set design, soundtrack, and the 16mm shooting style of cinematographers Alessandro Abate and Francesco Di Giacomo are evocative of more polished auteur driven works of the late 1960s and early 70s. Stylistically, the wide range of visual and narrative influences nicely positions the overall arc of Martin Eden, a man who becomes smarter and more cynical about his status and profession the more he learns about the world and its seemingly inerasable prejudices.

By trying to rise above his proletariat background, Martin has to come to terms with a variety of obstacles and contradictions. One of his biggest and earliest follies is that he thinks writing is a lot like a labour job: put in the work and then it’s done. He wastes most of his labour wages on postage for packages that are often returned to sender without ever being opened. But his desire to impress the woman he pines for persists, despite the fact that her family and those that operate in their bourgeois world only pay him the thinnest of compliments and vaguest of insults: “likable,” “capable,” “lacking in general culture.” Even an old man (Carlo Cecchi) who helps Martin along says that his first published piece was a fluke, likening it to “throwing the dog a bone.” The world he grew up in isn’t much more helpful. Martin’s brother-in-law-slash-boss hates him, and his sister is skeptical, dismissing his truthful tales of labour and toil as being too dark and sad. Bosses, foremen, and overseers treat Martin with cruelty, often suggesting that the hardest work is never enough. 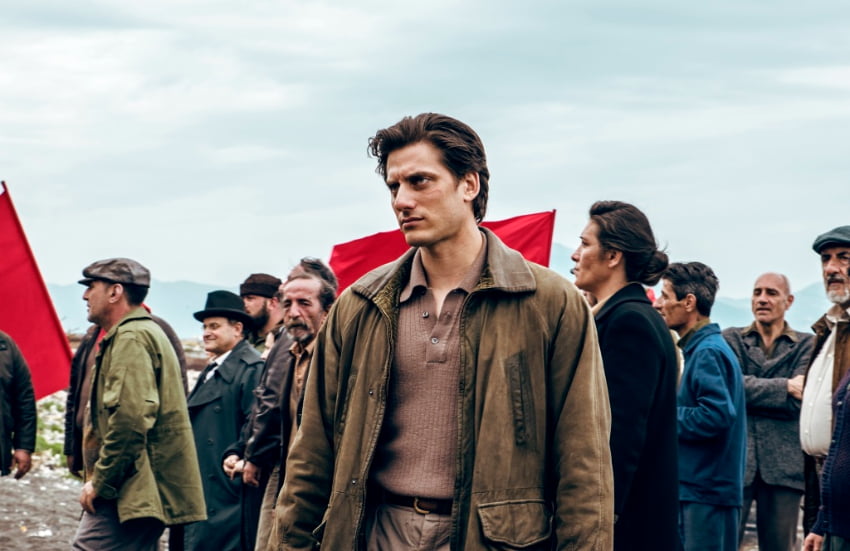 That common theme of inadequacy in the face of passion, determination, and hard work runs like a vein of iron throughout Martin Eden, especially once the main character starts to develop convoluted political viewpoints at a time when socialism and nationalism are on the rise. He claims to hate socialists, but that doesn’t stop him from being branded as one in the press. Martin starts to form his own views that are muddled, probably best defined as a nebulous form of anarchistic centrism. When successes and accolades start piling up, Martin’s ego runs out of control, leading him to put on a front to the public and press that makes it seem like the writer truly believes he’s the only sane person left alive. A good modern example of Martin’s creatively fuelled break from reality would be to equate him to a less religious Kanye West, or any other once great left-leaning pundit or celebrity who suddenly turned into a mouth-foaming shill for conservatism.

Everything that Martin Eden has to say about politics, history repeating itself, and especially the struggles of the creative process are spot on. Marcello has created an exceptional film about frustrated, determined artists and how they can evolve over time (which perhaps explains why it won the Platform jury prize at TIFF last year), but Martin Eden struggles to make the standard will-they-or-won’t-they romance at its heart into anything special.  Marinelli delivers a detail oriented performance throughout that’s worthy of great acclaim, and he shows great charm when opposite the delightfully warm turn put in by Cressy. But for a film based around the intricacies of art and commerce, the romance is curiously cliched. It’s another story of a low class guy trying to impress a high class woman, but this time with plenty of vastly more interesting things happening around the periphery.

But maybe that’s the entire point of Martin Eden, a story of a talented character who should be creating to please himself first and foremost, but instead squanders his talents trying to impress others. Whenever Marcello’s film forgets about the classically presented, yet somewhat limp romance, Martin Eden is at its absolute best. It’s still an accomplished movie, and the love story is indeed a passable and worthwhile one. Anyone who has ever had their work criticized – or worse yet, never commented upon at all – will surely understand the artistic frustrations at the heart of Marcello’s latest. It’s a story just as relevant today – both creatively and politically – as it has ever been. 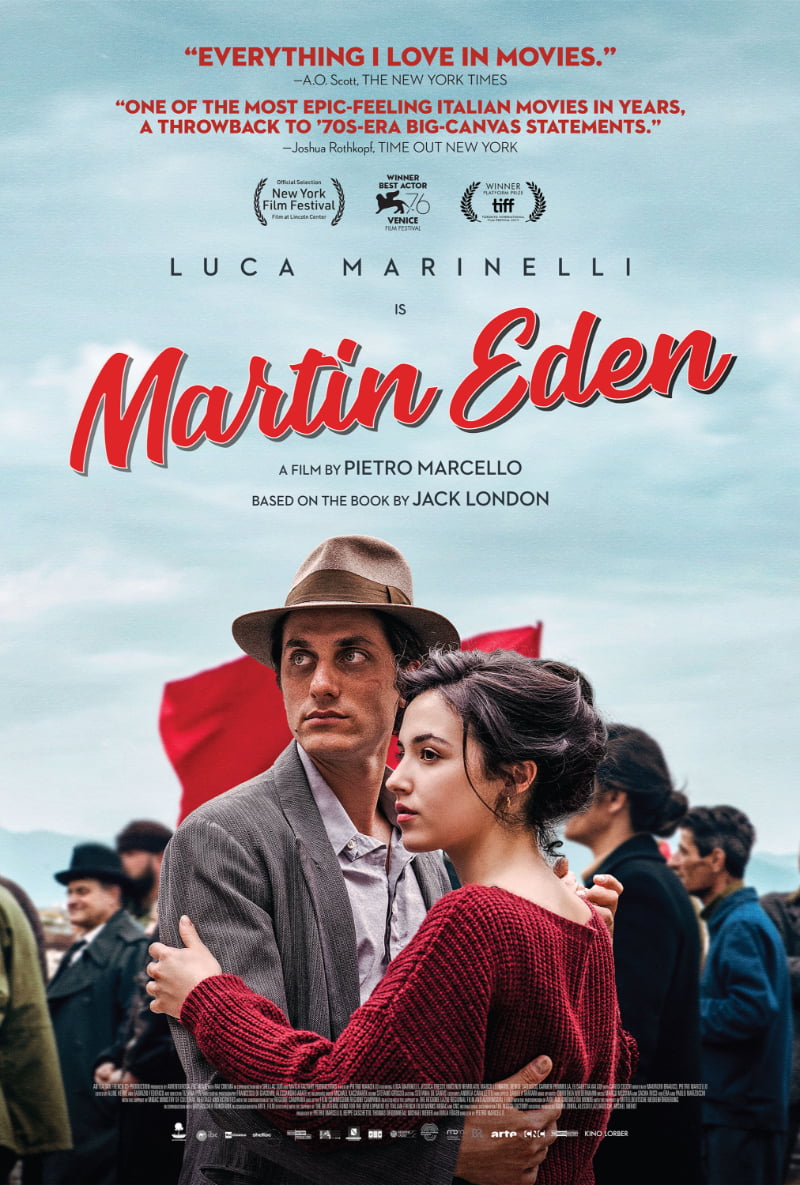