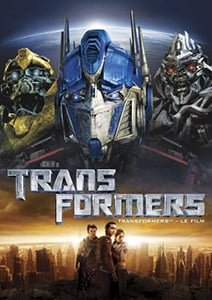 New this week on DVD: giant, transforming robots bring their war to Earth; Angelina Jolie takes on the real-life role of a woman grieving after her reporter husband is captured in Pakistan; Richard Gere plays one of America’s greatest hoax artists; the B-movie comes back to life in a zombie-infested horror extravaganza; and I take a look at some new television titles on DVD.

Transformers
The classic cartoon from the 80s, featuring giant, shape-shifting robots, comes to life on DVD this week with the help of action-master director Michael Bay. The big hit of the summer blockbuster season, Transformers stars relative newcomer Shia LaBeouf as Sam, a high-school student who discovers that his freshly bought used car is actually one of the giant robots who have come to Earth to protect him, and humanity from a rival group of robots. The entire film is stuffed with larger-than-life, eye-popping visuals, and a classic good versus evil story. Plus a supporting cast that includes Megan Fox, Josh Duhamel, Tyrese Gibson, Jon Voight, and John Turturro.

A Mighty Heart
While star Angelina Jolie might be the best reason to check out A Mighty Heart, there’s clearly a lot more going on with this tough, and touching film. Jolie plays Mariane, a woman who discovers that her husband has been taken hostage while on assignment in Pakistan. Based on the real life events of Daniel Pearl in 2002, the story is taken directly from the headlines, and has been shot and directed a lot like a documentary using hand-held cameras. Kenneth Turan of the Los Angeles Times sums up the film as “both moving and frighteningly real.”

The Hoax
Richard Gere returns to the big screen as Clifford Irving, a journalist who claims in 1971 to have the much-hyped memoirs of American legend Howard Hughes. Through lies, and tricks, Irving manages to secure a publishing arrangement and pull the wool over the eyes of almost everyone involved. Of course, Irving’s success can’t last and he’s soon struggling to maintain his elaborate scheme. Much like A Mighty Heart, the story is based on real events, but you can expect to see a much looser definition of that in The Hoax. Some critics claimed the film lacks an emotional tie to Irving, but it was widely praised, and Deborah Young of Variety called it “a surprisingly layered vehicle for a maniacally conniving Richard Gere.”

Grindhouse: Planet Terror
Sin City director Robert Rodriguez brings the B-movie back to life with a zombie tale that stars Rose McGowan as Cherry, a go-go dancer with a gun for a leg. Much like the b-movies of the 60s and 70s, the film has a ridiculous plot, loads of gore, and wise-cracking characters that get killed off at every turn. Planet Terror also has a great supporting cast that includes Bruce Willis, Josh Brolin, Tom Savini, Freddy Rodriguez, and Quentin Tarantino. Don’t expect too much from the script, but it’s a film that is sure to be a lot of fun for anyone who loves the genre, or director Rodriguez.

This week there are also a lot of classic TV shows coming out on DVD. For one thing you can pick up every season of MacGyver on DVD, with a special 39-disc package. MacGyver was the creative series that featured Richard Dean Anderson as a secret agent who could get out of almost any situation using everyday objects like a Swiss Army knife or duct tape. The series peaked in the early seasons, but featured a fantastic nemesis known as Murdoc throughout its run.

You can also pick up Collection 2 of the popular science-oriented show Mythbusters, season 7 of That 70’s Show, season 9 of Roseanne, and the complete series of the short-lived show Studio 60 on the Sunset Strip.