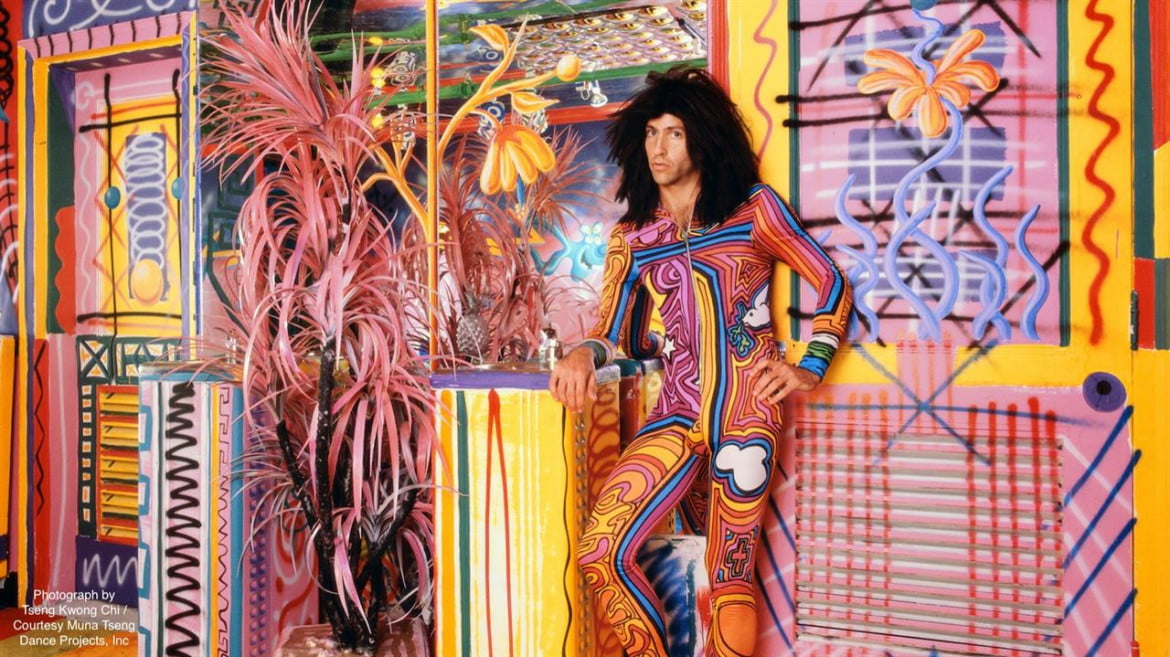 Kenny Scharf: When Worlds Collide is a pleasing and insightful documentary that gives an overlooked icon in the world of pop surrealism their proper due. An engaging and effortless reflection of the honest art produced by its subject, Kenny Scharf: When Worlds Collide playfully deconstructs the life and times of a creator who tries to balance their childlike playfulness with the adult responsibilities of the real world.

California born Scharf, the child of borderline absentee parents, was raised on a healthy diet of cartoons and popular culture in the 1960s and 70s. His often cartoonish, eye catching art would become the backbone of Scharf’s output, which started to become more widely noticed when he moved to New York City in 1979. There, he would strike up friendships with the likes of Basquiat and Haring (the latter of whom was a roommate of sorts). A masterful showman, Scharf’s brand of street art was prolific to both good and bad extremes, making his works as influential as his contemporaries, but not as well known or highly sought after, with many elitist art critics dismissing his overall output as unworthy of serious appraisal to this day. 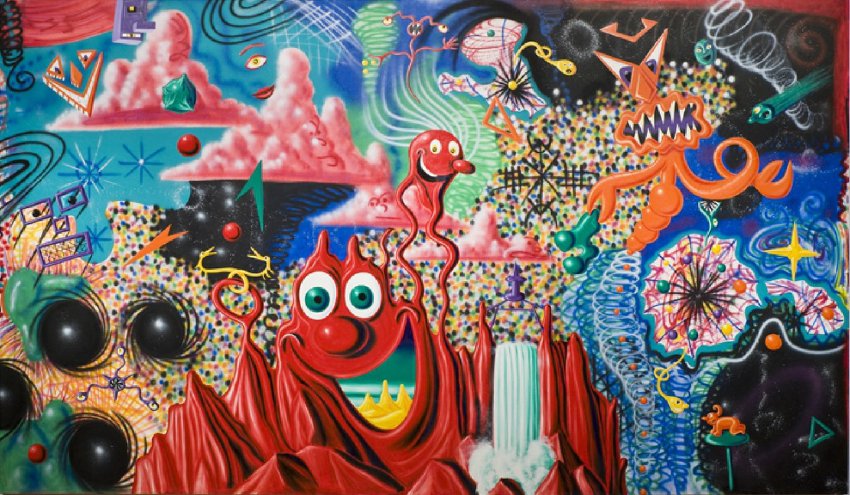 Kenny Scharf: When Worlds Collide spends time with the artist in his Los Angeles home, where he continues his painting and sculpting career. Directed by his daughter, Malia Scharf, and cinematographer Max Basch, this briskly paced and introspective documentary balances the requisite talking head interviews with collaborators, gallery owners, curators, and collectors with its subject’s charming and often disarming sense of honesty. If Scharf is ever upset or vexed by the turns his life and career have taken, he addresses them constructively and without much bitterness. Scharf – an unlikely and outgoing family man in a world usually known for loners, recluses, and mysterious personalities – comes across like a kid at heart, albeit one who has experienced deep pain and unhealthy criticism across his career.

Kenny Scharf: When Worlds Collide packs a lot of detail, warmth, and intelligence into a small package, leaving no stones unturned. Whether it’s parsing the artist’s unique love for Hanna Barbera cartoons or the ways success drove wedges between his closest friends, nothing feels unmissed in Kenny Scharf: When Worlds Collide. It’s an art appreciation lesson that’s very easy to like.

Kenny Scharf: When Worlds Collide streams as part of Hot Docs’ Doc Soup subscription series from Monday, December 7, 2020 until Sunday, December 13, including a pre-recorded Q&A with Kenny Scharf, Malia Scharf, and Max Basch. The film is scheduled for a wider Canadian release in February 2021. 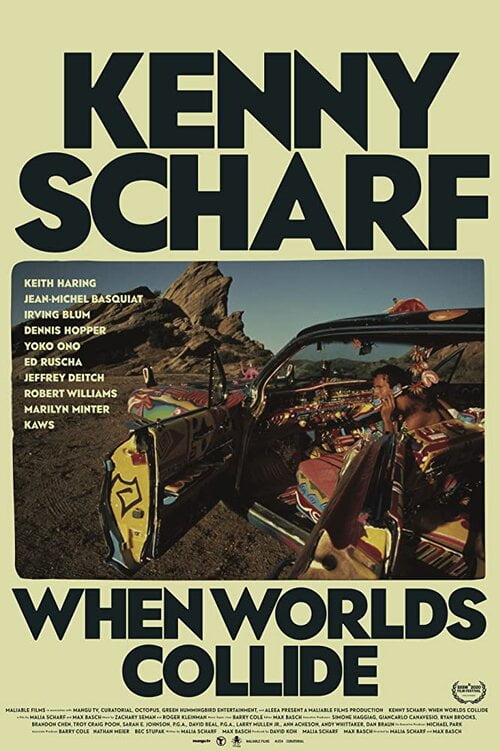 My apologies. It has been corrected.