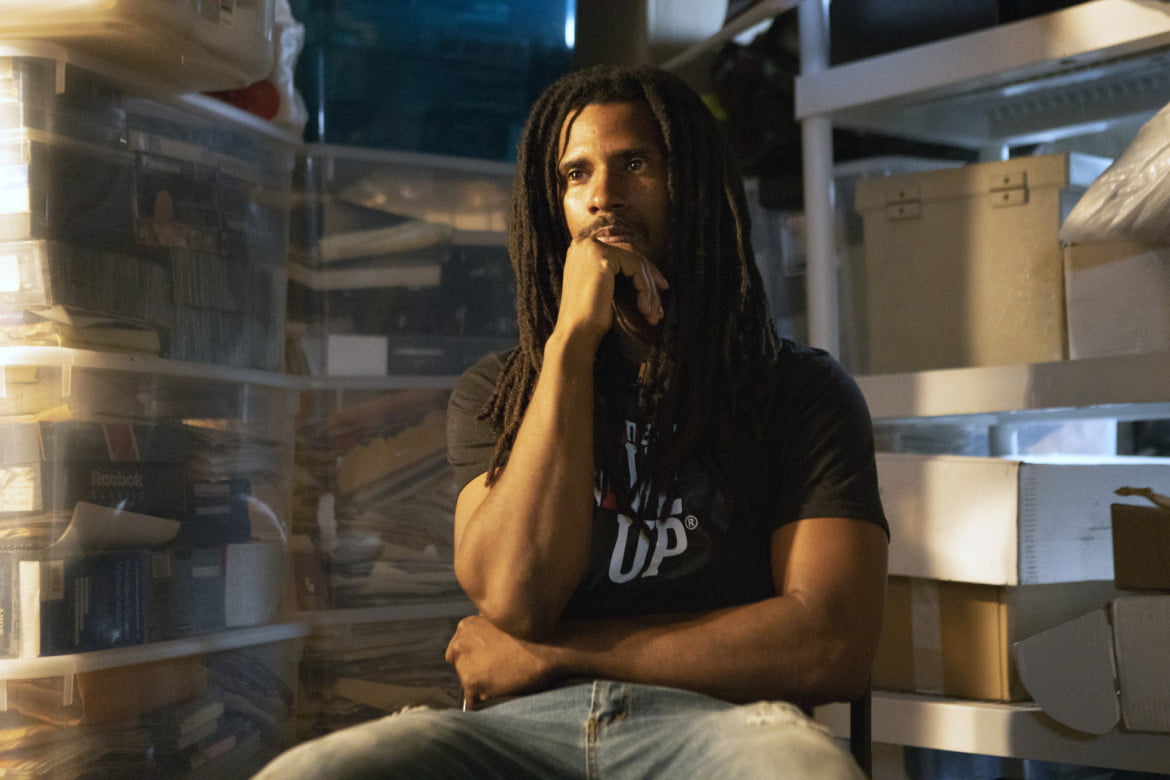 The complex and impassioned documentary 40 Years a Prisoner builds an impactful history lesson about racism in America around an infamous incident of police violence and one son’s tireless efforts to free his parents from unjust prison sentences. Director, producer, and cinematographer Tommy Oliver has a lot of ground to cover in this examination of the predominantly black “back-to-nature” collective MOVE and the various ways they were antagonized by the Philadelphia police department and justice system throughout the 1970s and 80s. But it’s almost too much for a single movie to handle. Although Oliver amasses plenty of rich detail through interviews and archival footage and has a great guide to help him navigate a judicial fallout that has ruined families and stretched on for decades, 40 Years a Prisoner hints at a much larger picture that remains out of frame. It’s a very good documentary with nothing technically wrong with it, and yet, 40 Years a Prisoner tells a story that has a lot more to it than what ends up on screen.

40 Years a Prisoner opens in 2017, with Oliver following Mike Africa Jr. and his efforts to free his mother and father – Debbie and Michael – from ill defined prison sentences that could last anywhere between thirty and one hundred years. Debbie and Michael were members of MOVE, a once peaceful revolutionary organization built around the teachings of John Africa. The anti-technology group lived out of a communal living space in West Philadelphia and advocated for animal rights, housing equality, and prison reform, amongst other issues. To many locals, the MOVE compound was a filthy eyesore, and the almost exclusively white police force – overseen by mayor and former police commissioner Frank Rizzo, one of the most controversial and openly racist city leaders in American history – were chomping at the bit to get rid of them. While there was some peace at first, a violent incident that led to the death of a baby in March of 1976 pushed MOVE into a reactionary position, one that would reach its apex on August 8, 1978. On that day, following weeks of city ordered blockades designed to starve and evict MOVE members out of their home, a heavily militarized police force engaged in a shootout where an officer would be killed. Whether the cop was killed by a MOVE member or via friendly fire is still debated (and not helped by the near immediate destruction of the home by police following the shootout), but five men and four women – including Debbie and Michael – were arrested, indicted, and convicted of third degree murder. In the decades since the incident, parole has been denied for almost everyone arrested that day.

Mike Africa Jr. was born in prison and has never seen his parents outside of visits, and a quick view of the facts at hand supports his position that so many people shouldn’t be punished for the same unprovable crime. 40 Years a Prisoner builds a compassionate story around Mike’s struggles and advocacy, but Oliver’s film works better as a richly layered look at racism, corruption, and the controversial entities locked into a battle that seems unavoidable in hindsight. On one hand, it’s not entirely out of line to suggest that MOVE – which was built around an enigmatic leader who stayed largely out of the public eye – was a cult. On the other, it’s impossible to deny that the police department’s antagonizing of MOVE was highly racialized and classist. Throughout the twentieth century, the Philadelphia police department was beset by incidents of police brutality and outright racism. When the police started to push the members of MOVE, the group fought back and a peaceful organization began to become as militant and paranoid as their oppressors. Like many standoffs in world history, it was inevitable that the clashes between MOVE and the city of Philadelphia wouldn’t end well for all parties involved; the difference being that one of those entities controlled the entire local government.

Oliver (who also directed 1982, one of the most underrated family dramas in recent memory) looks at everything before, during, and after the 1978 inciting incident from all sides. While Oliver is clearly sympathetic towards Mike and former MOVE members who have been dealing with traumatic situations for almost half a century now, the filmmaker is still granted access to police officers and city officials who paint a different picture of events. MOVE members talk about the fear and insults they suffered, while those who participated in the siege both directly and indirectly on behalf of the city remain shockingly unapologetic and incapable of reflection on the incident. While the answers given in recently conducted interviews are certainly well rehearsed, they aren’t too far off from ghastly archival footage where Rizzo and his cronies drone loudly and proudly about how their desire to send all those arrested directly to death row. MOVE is far from a polished and perfect organization, but the tough talk and tougher tactics employed under Rizzo’s watch are tantamount to genocide. Like many seasoned despots, they twist facts to fit their worldview, with Oliver most notably and powerfully contrasting a D.A. bemoaning the press’ accusations of police brutality with archival footage proving that the apoplectic person behind the microphone is outright lying about a specific incident. 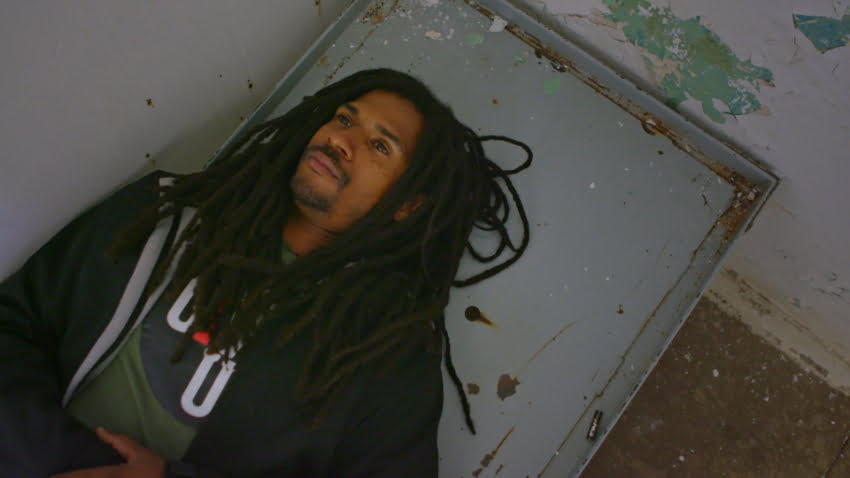 40 Years a Prisoner rises and falls on Oliver’s ability to parse and sift through a great amount of information – resulting from a media circus in the local press – and present a strongly delivered history lesson. The biggest problems with 40 Years a Prisoner are that the lesson feels incomplete and Mike’s attempts to get his parents’ paroled are often secondary to that overview. Although Oliver spends a lot of time with Mike and his family, the access that the filmmaker has to much of that story thread is limited. The story of MOVE and the history of racism in the Philadelphia police department could sustain films of their own, and both threaten to overtake the more humane and primary reason for the film’s existence. Whenever Oliver has to switch back to talking about the burden placed on Mike and his family, this thread comes across like a framing device or as if the film’s subject were a side character in their own story. This thread also wraps up in an awkward, albeit morally satisfying manner. 40 Years a Prisoner ends in such a way that it feels like Oliver was biding his time to wait for a proper conclusion instead of something more open ended. It works, but not perfectly.

Also, despite its well researched look at the history of MOVE, that lesson stops dead when the accused in this specific case have gone to prison and start fighting for their freedom. 40 Years a Prisoner subconsciously makes it seem like MOVE stopped existing following this series of incidents. In reality, MOVE would endure, relocate, and, in 1985, become the target of an even bigger tragedy and misappropriation of police force with a longer lasting legacy of pain (an incident painfully recounted in the exceptional 2013 documentary Let the Fire Burn, which would make for exceptional viewing after watching this). Oliver curiously doesn’t examine how things would only get worse for MOVE, which is shortsighted and leaves the history lesson at the core of 40 Years a Prisoner frustratingly unfinished. While the film is about a specific incident involving Mike’s parents, it led to an even bigger miscarriage of justice that Oliver is choosing to ignore. Perhaps if there was more detail in depicting Mike and the family’s legal struggles beyond the obvious, this hole at the heart of 40 Years a Prisoner would feel like less of an omission.

Despite the occasional missteps and oversights, 40 Years a Prisoner (which debuted at TIFF back in September) compellingly and empathetically speaks out against a criminal justice system that protects an overwhelmingly white establishment through cruel and unusual sentencing. It’s a documentary that painfully shows how history and prejudice can set upsetting and unjust precedents. The 1978 siege on the MOVE compound proved that the Philadelphia police force cared little about who lived or died as long as a message was sent, and today, the judicial system continues to display the same attitude. It’s an imperfect film, but certainly an effective and vital one.

40 Years a Prisoner premieres on HBO in the U.S. and Canada on Tuesday, December 8 at 9:00pm EST. It will be available to stream on Crave in Canada and HBO Max in the U.S. 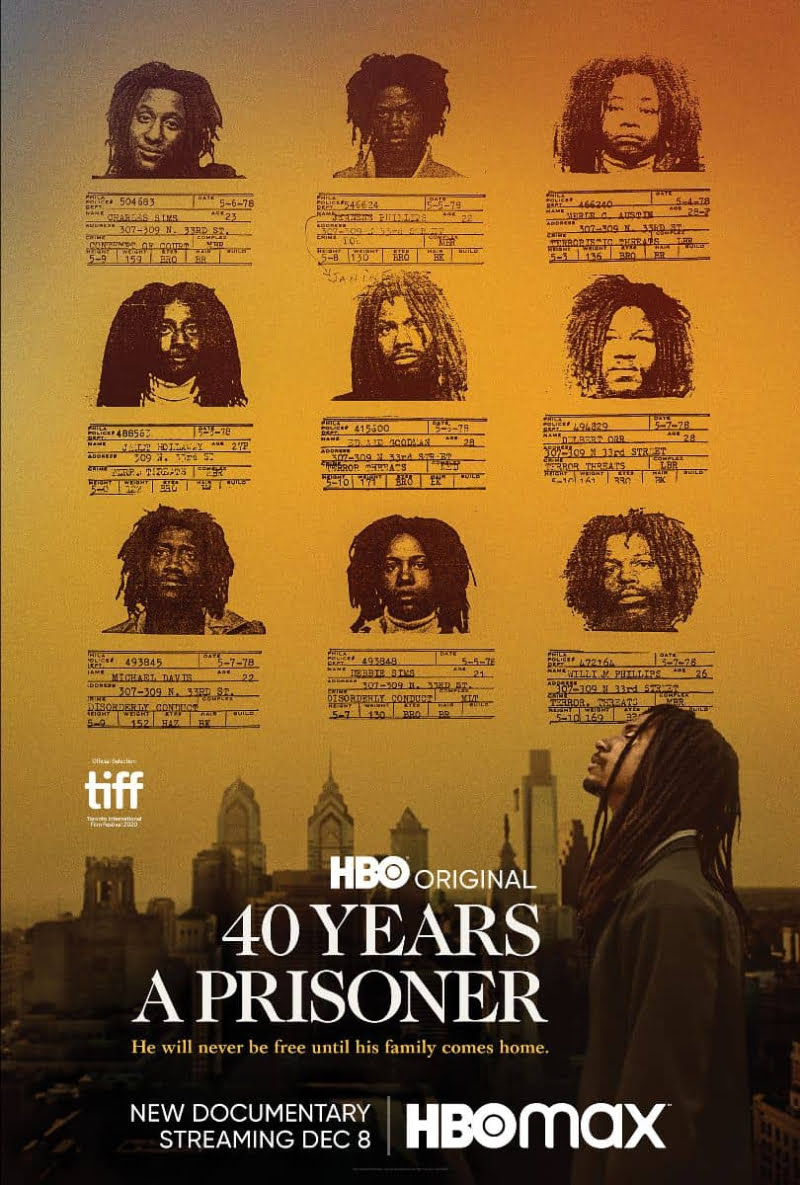