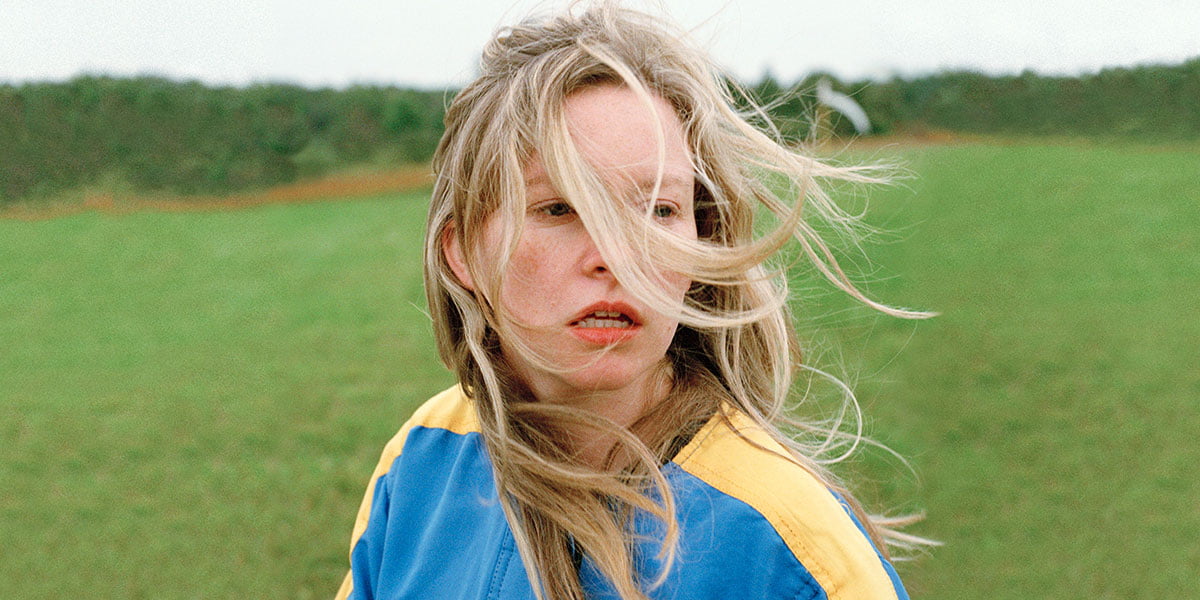 A keenly detailed and emotionally charged snapshot of a young woman in free fall (both figuratively and literally), Canadian filmmaker Kazik Radwanski’s Anne at 13,000 ft. is a monumental achievement on an intimate scale. After making a splash when it premiered at TIFF in 2019 and a pandemic scuttled release date last year, Radwanski’s critically acclaimed third feature has only grown more socially and morally relevant with time. Radwanski’s laser focus as a writer-director and Deragh Campbell’s revelatory, finely tuned leading performance makes Anne at 13,000 ft. one of the best films of 2019, 2020, or 2021, depending on how one defines such things. It sounds trite and cliched, but Anne at 13,000 ft. truly is a film for our times.

There’s something wrong with Anne (Campbell), a seemingly lonely and frustrated Toronto daycare worker, and viewers will catch the character at one of her flightiest points. Following a skydiving outing as part of her best friend’s bachelorette party, it seems like a change has occurred in Anne’s demeanour. With a sense of humour that borders sometimes on being inappropriate or cruel, a knack for laughing at inappropriate moments, and the constant feeling that she’s being unfairly judged by peers and family, Anne’s troubles have been building for a long time, and only now is the steam letting off and exploding outward. Anne fixates on the skydive as a lifetime highlight, while throwing herself wholeheartedly into a new relationship with a man (Matt Johnson) she met at her friend’s wedding; a romance that she’s putting more stock into than he is.

Radwanski (Tower, How Heavy This Hammer) and Campbell provide viewers with clues that Anne’s troubles have been mounting and festering for quite some time before the start of the film. What sets Anne at 13,000 ft. apart from other psychologically attuned character dramas is Radwanski and Campbell’s resistance to outright providing the titular character with a firm diagnosis or pre-existing analysis. Viewers can glean and intone anything they want through some of Anne’s awkward interactions, like fights with co-workers, surprising the new boyfriend with an unannounced visit to her mother’s place, or the way she reacts to the number of significantly older men who try to flirt with her. Anne is a conflicting melange of neuroses, neediness, avoidance, blunt reasoning, and occasional aloofness, but Radwanski and Campbell never point to a single root cause. Is Anne traumatized, depressed, antisocial, bipolar, anxious, dissociative, lonely, suffering from a personality disorder, a run of the mill asshole, generally frustrated, or some combination of anything above and beyond that? 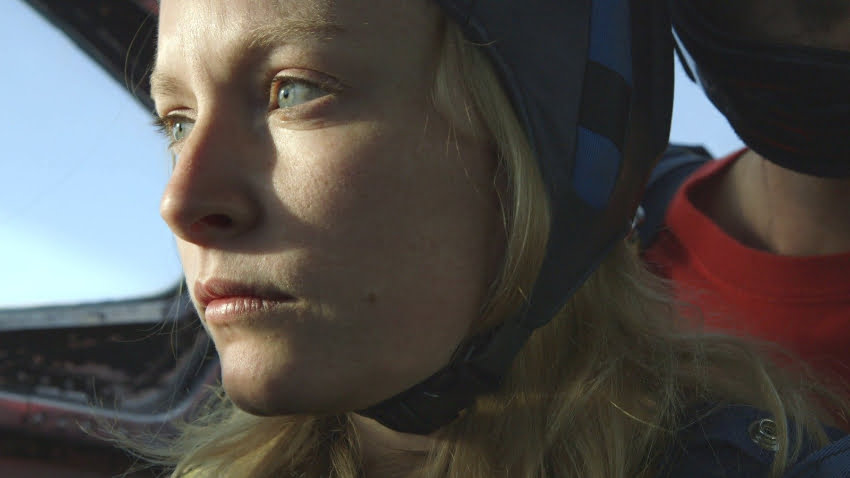 While the general lack of concrete answers might frustrate and vex some, Anne at 13,000 ft. offers up something uniquely humane and identifiable. In his previous films, Radwanski has looked at people who feel like outcasts, and Anne is the director’s most empathetic and heartfelt character to date in spite of her abrasiveness. Anne’s desire to feel loved, noticed, and appreciated while simultaneously pushing people away with her obvious coping mechanisms is universally identifiable. No one needs to be told what’s wrong with Anne specifically because at least one aspect of this complicated character’s struggles will resonate with any viewer that has even the slightest shred of self-awareness. As society becomes more insular and isolating, there are likely more Anne’s than there have ever been at a single point in human history. The film isn’t about analyzing all that has happened in Anne’s past that we don’t get to see, nor is it about sympathizing with the character all of the time. The point of Anne at 13,000 ft. is to show what it’s like to experience a wide range of profound, life shaking emotions at the same time.

Radwanski’s smooth looking verite style keeps Anne at 13,000 ft. grounded, even when its protagonist is doing everything possible to pull their life apart. Campbell’s performance is freeing and daring, but not necessarily cathartic. While Campbell allows Anne to experience a few moments of ease, Radwanski lets his lead performer to dictate the actions of everyone around her. Campbell has been given a credit for “additional writing” here, and it’s not hard to see why. It’s unfathomably hard to play a character who doesn’t fully acknowledge that their world is crumbling. Often, actors will resort to outbursts or repetitive tics to showcase someone’s subconscious inner turmoil. Campbell never does that. It’s a performance fuelled by uncanny instinct and a lot of unforced empathy. Anne at 13,000 ft. never feels like an overly scripted character study, and instead it uncomfortably feels like watching a stranger trying to work through their problems while walking a fraying tightrope, and a lot of that can be attributed to Campbell’s career making performance.

Anne at 13,000 ft. is sometimes an uncomfortable film to watch, and it’s all the better for it. Watching someone wrestling with issues they don’t fully comprehend shouldn’t be easy to sit through. Anne at 13,000 ft. never spoon feeds the viewer with answers, and Radwanski wisely never stoops to forcing some sort of epiphany on any of its characters. There’s a lot viewers will never know about Anne’s past or future, but what matters most to Radwanski is the here and now.  Anne at 13,000 ft. is a perfect reflection of all the ways it can be difficult to live and exist for a single moment in an overwhelming world. It can be painful, confusing, and all consuming, but for some people, that’s their life. Much in the same way Radwanski gives Campbell plenty of room to find her performance, the writer-director also allows the viewer a lot of space to ask some deeply probing questions of self. It’s as intimate as being plunked into someone else’s painfully realistic dream. 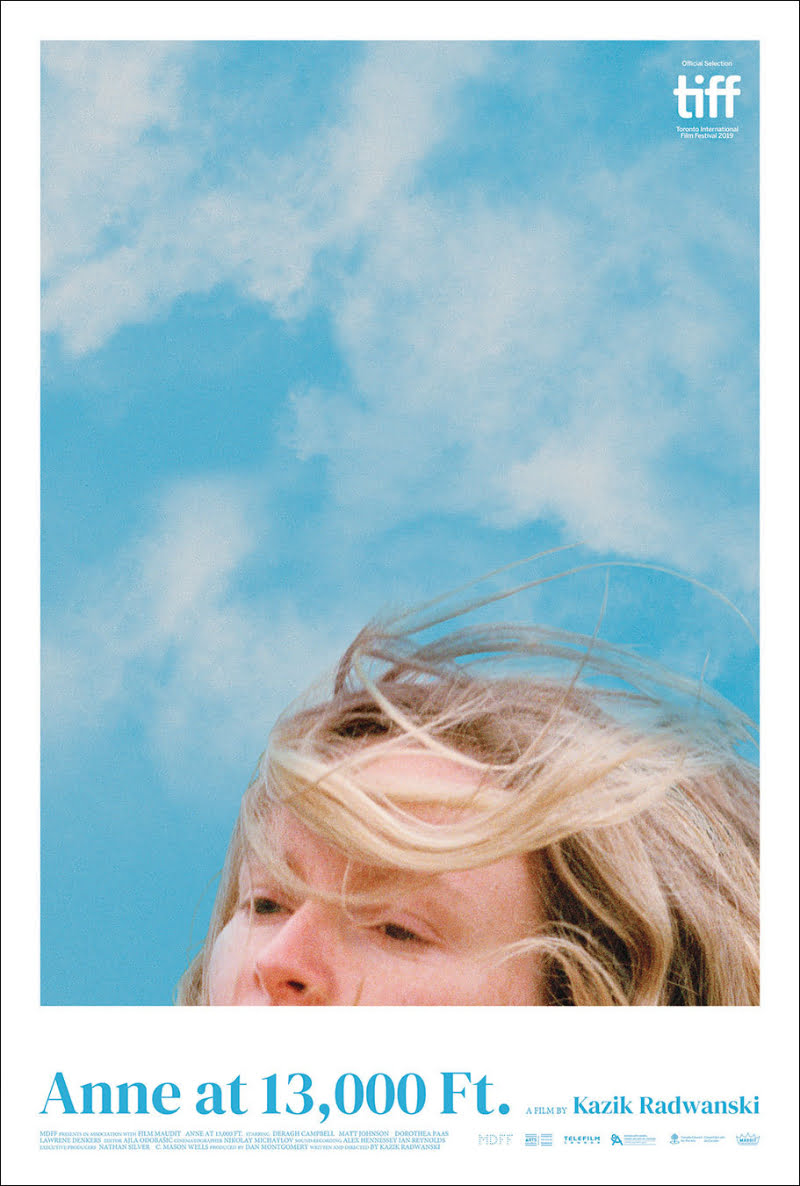