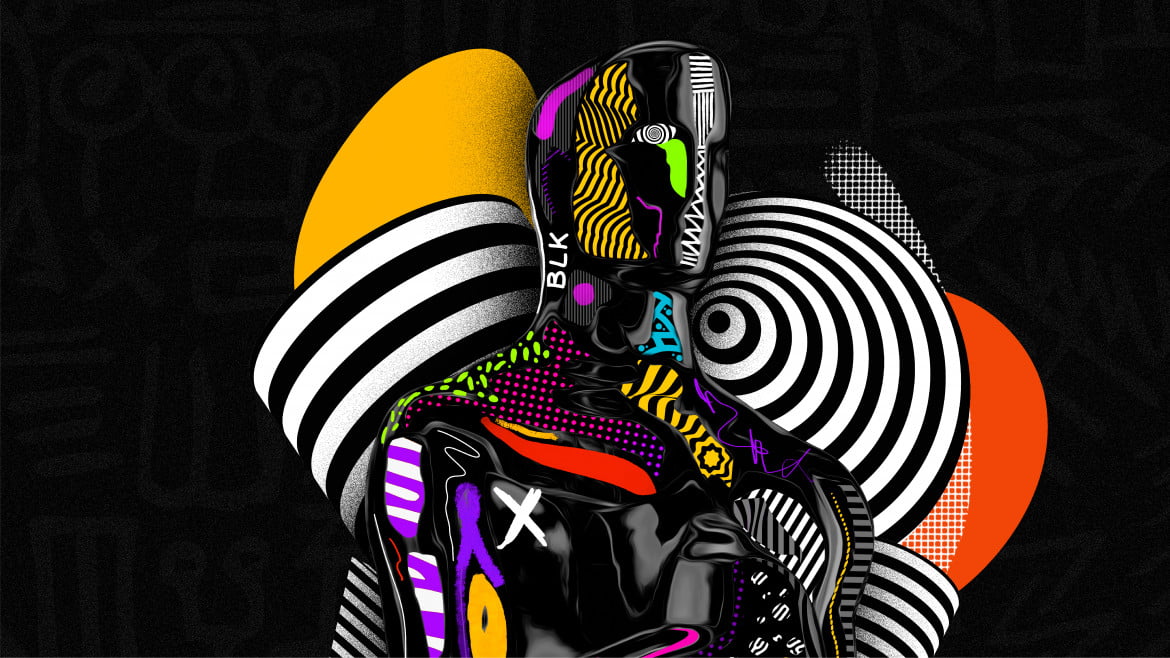 The 93rd Academy Awards are live from Union Station in Los Angeles tonight, and the press room has gone virtual this year, so I’m tuned in from Toronto, getting ready for the winners to answer questions backstage.

It’s the first year I’m covering the Oscars press room, and I’m looking forward to hearing from the winners, especially a few of them. I’ve been watching the Oscars since the 80s and this will be the first time I’ll end up recording the telecast to watch it later.

I’ll be updating this story throughout the night, with quotes from the press room, photos, and I’ll be tweeting as well. All times below are ET.

11:58 PM: Thanks for reading my Oscar journey tonight in the virtual media room. It’s been a wild ride following everything, and thanks to The Academy for having me this year. Hopefully, one day, I’ll make it to the live Oscar ceremony.

11:44 PM: The Oscars didn’t end with Best Picture for a change tonight, but the Academy Awards revealed to the press that this isn’t the first time that’s happened.

Out of the first 20 years of the awards, Best Picture was not the last award presented over 17 years. In those first years, the acting awards generally did close out the awards.

Starting in 1948, during the 21st Academy Awards and onward, Best Picture was the last award given during the broadcast. The only exception was in 1971 when the Oscars presented an Honorary Award to Charles Chaplin after the Best Picture Award.

When asked about how making the film forced the team to live and work differently, Zhao said, “I think I need less stuff to live, for sure.”

11:03 PM: H.E.R., D’Mile, and Tiara Thomas won Original Song for “Fight For You” and now they’re in the press room talking music and Judas and the Black Messiah.

“I was just happy to be part of an important film,” H.E.R. said. “I feel connected to my roots… the education and the history that it gave me. Nothing compares to that.”

“There’s absolutely going to be an EGOT in my future, hopefully,” and she went on to say she hoped to be up on the Oscar stage again as an actor.

“I’m still pinching myself. I have no words.”

10:48 PM: Glenn Close just did “Da Butt” on the Oscars telecast, earning her a spot in Oscars history that we’ll never forget. It was right up there with that time Jack Palance he did push-ups on stage back in 1992, but somehow so much cooler.

10:17 PM: Oscar-winning grandma, as one journalist put it, Yuh-Jung Youn is backstage now, and while she was happy to meet producer Brad Pitt on stage, when she was asked if she could see herself working with him, she didn’t think so.

“That would never happen with my English and the age, you know. I don’t think so. So, I don’t dream”

“It’s an opportunity for us to share the story together.”

10:07 PM: The directors of My Octopus Teacher, Pippa Ehrlich and James Reed, are answering questions backstage, and talking about free-diver Craig Foster’s story.

They hope that people see the film as an opportunity to give hope about the natural world, and the creatures in it.

9:45 PM: Pete Doctor and Dana Murray are answering questions about Soul in the press room.

“Jamie [Foxx] is much cooler than Joe,” Doctor said. “We were just very fortunate to be able to nab him,” for the role. They have to go check their phones, they said, to see if he texted them yet.

Doctor also said that they’re excited about the up and coming directors who will be leading the next Pixar films, like Domee Shi who is directing Turning Red.

9:30 PM: Between winners coming back to the press room, here are a few more highlights from the red carpet: H.E.R., Pete Doctor and Dana Murray, Zendaya, Paul Raci, and Amanda Seyfried.

If you ask me, Paul Raci may have won for best attitude, but what a fantastic red carpet this year. The show has been one of the best I’ve seen in years and years.

9:26 PM: Soul wins for Animated Feature. Pete Doctor thanked the team at Disney for taking the chance on making a film that is so introspective compared to the “usual animated fare” while Dana Murray thanked the team who completed the film from home.

9:09 PM: At this point I haven’t been able to keep up with the telecast since I’ve been getting notes from the press room, and downloading images, but I saw that Chloé Zhao won for Best Director, and it’s such a fantastic, important moment at the Oscars. I can’t wait to hear her speak in the press room, and it’s going to be interesting seeing what she does next after The Eternals.

9:01 PM: The trio of winners for Makeup and Hairstyling, for Ma Rainey’s Black Bottom, arrive backstage.

Mia Neal, Jamika Wilson, and Sergio Lopez-Rivera talked at length with the press and the need for “Inclusivity… just including us. Just having that happen.”

“Everybody benefits from diversity, and I also think that everybody wants it.”

8:46 PM: Daniel Kaluuya answered questions about winning Best Supporting Actor for Judas and the Black Messiah. He’s incredibly low-key and nonchalant, and the only thing that really seems to throw him is when one journalist pointed out that it was kind of a big deal talking about his parents having sex.

As he summed it up, it’s a pretty obvious thing, but then he kind of had an “oh no” moment.

He also spoke about Fred Hampton, the leader of the Black Panther Party, who he plays in the film. “The fact that I can even stand on this stage with this statue is because of what he did.”

8:28 PM: Christopher Hampton and Florian Zeller joined the media in the press room, and talked about the fact that the film wasn’t actually painful to adapt, even though The Father is such a painful topic for many. To sum up what they said, they were happy just to be able to tell this story in a thoughtful, moving way.

8:22 PM: Another Round from Denmark wins International Feature Film. The film stars Mads Mikkelsen and premiered at the Toronto International Film Festival in September 2020.

Director Thomas Vinterberg said, “We wanted to make a film that celebrates life,” and admits that during filming, an accident claimed his daughter’s life on the highway, but he says they made the film for her, and in her memory. “You’re a part of this miracle. This one’s for you.”

8:10 PM: Adapted Screenplay is up next and King is introducing all of the nominees with more personality than I’ve seen on the Oscars in years.

Christopher Hampton and Florian Zeller win the award for adapting The Father with Anthony Hopkins.

8:01 PM: Regina King walking in with an Oscar. Such a simple moment, but she looks like she owns the room. What an icon, and tonight she’s opening the show.

“It has been quite a year, and we are still smack dab in the middle of it.”

She takes the moment to recognize the fear she feels as a mother, in the face of police violence against Black people in America.

“As the mother of a Black son, I know the fear that so many live with, and no amount of fame or fortune changes that.”

Emerald Fennell wins Original Screenplay for Promising Young Woman, and says she regrets not writing something in case she won. She’ll be the first winner in the press room next.

7:52 PM: So many iconic looks on the red carpet this year. Here’s Regina King and Aldis Hodge, Andra Day, and Riz Ahmed. My fingers are crossed for One Night in Miami…–it’s such an incredible film.

7:45 PM: Chloé Zhao just spoke about how she was looking for snacks when she met Frances McDormand for Nomadland, and beyond that, Carey Mulligan is a whole look. Wow.

7:32 PM: There are 28 minutes left until the show, and the press room has gone quiet for now while the last of the attendees are arriving.

I loved hearing how some have said that the red carpet has felt way more relaxed than usual, and while that’s of course because of the social distancing requirements, it’s kind of nice to hear about the Oscars.

It’s a bit hard to imagine a “relaxed” Oscars, but it does seem different.

Up above, check out photos of Chloé Zhao and Joshua James Richards on the left, and Daniel Kaluuya Oscar on the right.

6:34 PM: The Oscars feed switched over to Into The Spotlight, and Lee Isaac Chung and Steven Yeun just spoke a bit about Minari. Check them both out above from their arrival on the red carpet.

6:16 PM: It’s just about time for a cocktail while I wait for things to start. On one of my screens, I’m watching the AMPAS Fashion feed, as guests are arriving at Union Station, and on my other screen, I’m watching the Virtual Media Room where dozens of press are waiting for the start of the interviews.

Who are you looking forward to seeing on the show tonight? Let me know on Twitter or in the comments. I’m really excited about Chloé Zhao and her odds of winning for Best Director, I’m rooting for Riz Ahmed for his actor nomination, and I’m excited about Minari, but we’ll see what happens. A number of awards seems like they’re locked in, for who is going to win, but I’m still going to hope for a few surprises.