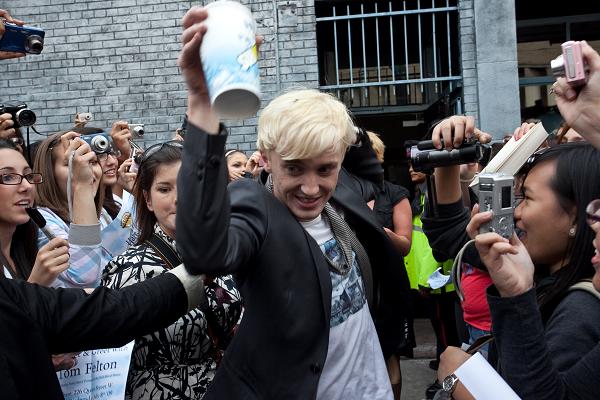 British actor Tom Felton was in Toronto earlier this week to promote his latest film, Harry Potter and the Half-Blood Prince, and meet with fans who came out to support him.

Felton is best known for portraying the dark young wizard Draco Malfoy in the hugely popular Harry Potter films, which are of course based on J.K. Rowling’s famed novels.

Half-Blood Prince is the sixth film in the series. The seventh book, Harry Potter and the Deathly Hallows, is set to be split into two films, the first of which will likely debut in theatres in November 2010, and the last planned for July 2011.

While in the city Felton met with fans, appeared on MTV Live and MuchOnDemand, and was interviewed by scores of media. The GATE’s interview with the star will be online Monday, July 13, followed by a full review of the new film.

Mini-gallery of Felton’s visit in Toronto: 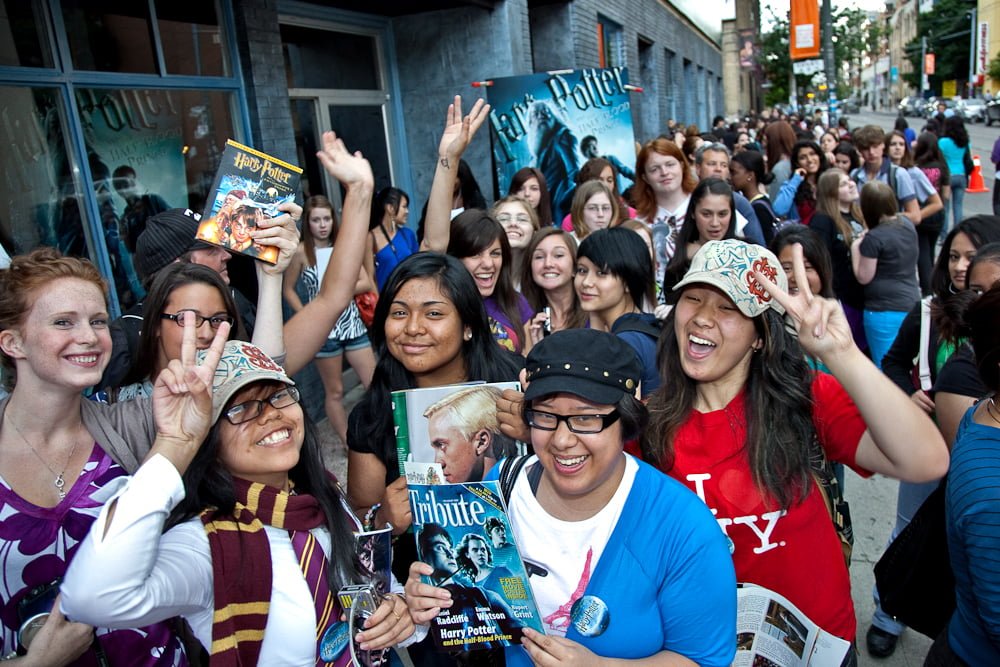 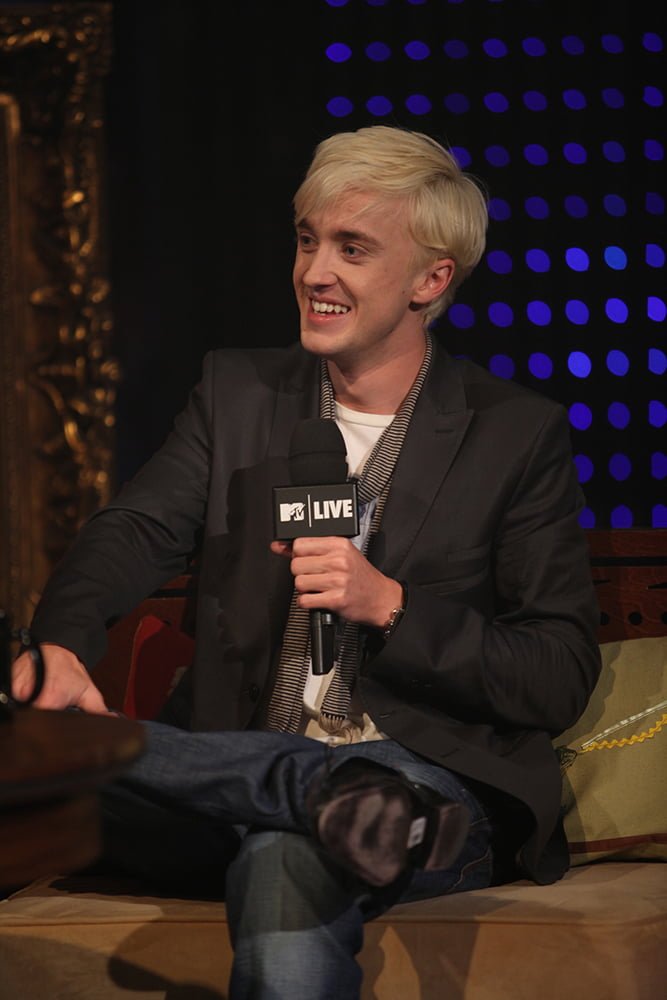