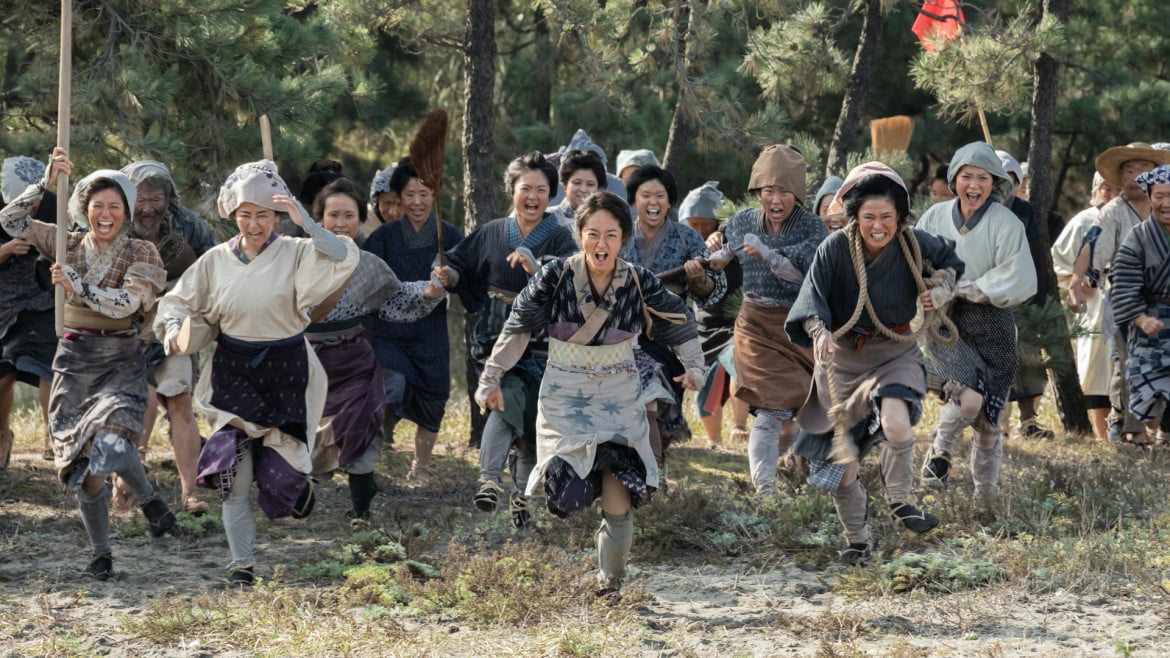 The 10th annual Toronto Japanese Film Festival kicks off on June 5, and runs until June 27 this year, with a lineup of 24 films, including North American and Canadian premieres.

Presented this year as a hybrid festival, with online screenings in June, followed by select in-person screenings this October at Japanese Canadian Cultural Centre’s Kobayashi Hall, the festival is recognized as one of the largest of its kind in the world, bringing Japanese films to an international audience.

This year, TJFF will feature the work of a number of leading Japanese female directors, as well as documentaries, anime, an LGBTQ romance, comedies, action, and more.

Featured female directors at the festival include Akiko Ohku’s Hold Me Back, which won the Audience Choice Award at the Tokyo International Film Festival. As well as Miwa Nishikawa’s Under The Open Sky, starring Koji Yakusho in a career best performance; Naomi Kawase’s True Mothers, Japan’s candidate to the Academy Awards; and Hitomi Kuroki’s historical fantasy, The Devil Wears Ju-Ni Hitoe Kimono.

Other top films at the festival include director Michihito Fujii’s A Family, an intense crime drama delving into life in the Yakuza. Angry Rice Wives is based on the historical events that led a group of regular housewives to rise up in 1918. And in Kiyoshi Kurosawa’s Wife of a Spy, a murder and life-changing trip drives this intense thriller set in the 40s.

The festival’s Grand Jury Prize this year will award the best film at the festival with a cash prize of 100,000 Japanese yen, while the Kobayashi Audience Choice Award will recognize the fan favourite. Previous Grand Jury Prize winners include Voices in the Wind, Born Bone Born, The Scythian Lamb, and In This Corner of the World.

Individual tickets to the festival are available now on the TJFF website for $9.99. Visit jccc.on.ca for more information about the festival, awards and jury, and the history of the festival.