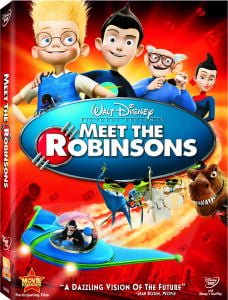 Halloween is just around the corner, and this week a number of horror films arrive on DVD, plus Stanley Kubrick‘s legendary film career arrives in a special collection, Disney delivers their latest animated film, and fresh seasons of some of televisions favorite shows land in stores.

Hellraiser: 20th Anniversary Edition, Hostel: Part II, Saw Trilogy
Horror movies have come a long way in the last 20 years, and there’s probably no better example of that than the re-release of Clive Barker‘s Hellraiser alongside the release of Hostel: Part II and the Saw Trilogy on DVD. If you’re looking for bloody, gory, or just plain disturbing fair to watch this Halloween, you don’t really need to look any further than one of these films.

On the one hand there is Clive Barker’s Hellraiser from 1987. Frequently called one of the best horror films of the 80s, Hellraiser tells the disturbing tale of Frank, a man who is killed when he unleashes demons that are summoned after he solves an antique puzzle box. Frank is called back to life though when his brother moves into the house, which leads to more deaths, demons and encounters with the villain known as Pinhead.

For more modern horror you can check out Hostel: Part II and the Saw Trilogy. Both films feature visceral, jaw-droppingly realistic horror scenes that push the boundaries of violence. For some people the films will probably be just too gory, but both series have huge fanbases and the latest Saw movie also arrives in theatres this Friday.

Looking at the reviews for the films, Saw doesn’t have much of a critical leg to stand on. Wesley Morris of the Boston Globe quoted in his review of Saw III, “What’s remarkable about these movies is how much the craftsmanship degrades with each episode. This is a long, scrambled, indifferently made affair. There’s no rhythm to the sequencing.”

Hostel: Part II certainly has better reviews, but I think John Monaghan of the Detroit Free Press said it best in his review earlier this year, “No doubt about it: [Director Eli] Roth is a talented guy. But it would be nice to see him use his skills in the service of something other than more sadistic, pandering, pornographic violence.”

Meet the Robinsons
For those of you not looking for horror this week, Disney’s latest animated movie is a 3-D adventure that follows a young orphan named Lewis, who also happens to be an aspiring inventor, as he meets the time-traveling Wilbur. The two travel forward to Wilbur’s time where they have to fend off an evil bowler-hat wearing villain, singing and dancing frogs, and a troubled Tyrannosaurus Rex.

The days of Disney films capturing the hearts and minds of parents and children has long past, and although the film received generally favourable reviews, it has been said that the story is hard to follow. On the bright side the movie is zippy, and Glenn Whipp of the Los Angeles Daily News remarked, “For the beleaguered Disney Animation unit, Meet the Robinsons is indeed a step forward, a step in the right direction.”

Finally, Stanley Kubrick fans can rejoice with the release of his entire film collection (The Stanley Kubrick Collection), featuring all eight of his films, including A Clockwork Orange, Lolita, and Full Metal Jacket, to name a few. The legendary filmmaker is known around the world, but is probably best known for his cinematic opus, 2001: A Space Odyssey.

TV fans will also want to check out new seasons of The Cosby Show and The L Word, Veronica Mars, and The Sopranos.