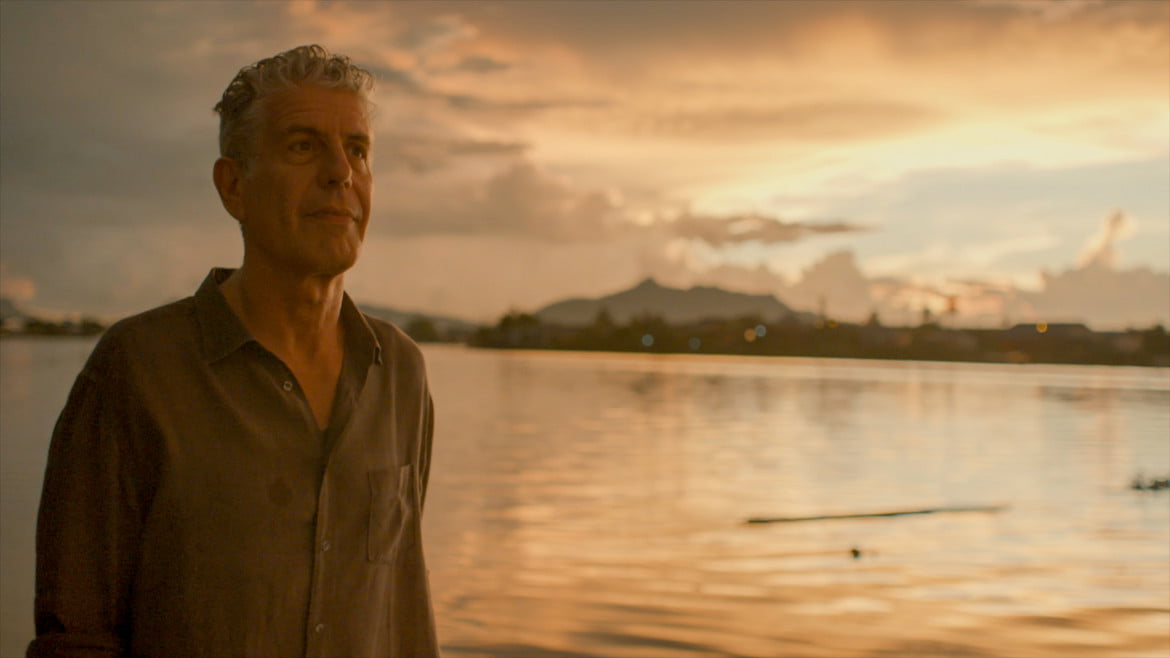 Anthony Bourdain had a big impact on me. He was a traveller who went out into the world and passionately talked about food, and along the way he found a way to talk about problems in the world. He was like an old school rock god; mercurial, fiery, and honest.

Until I watched Roadrunner: A Film About Anthony Bourdain, I felt like his life had somehow ended up like a short-lived meteor, but this film gives some perspective to his whole scorching trajectory, and the troubled legacy he created.

Morgan Neville, who also directed They’ll Love Me When I’m Dead, delves deep into Bourdain’s incredible archive of videos, clips, footage, and notes to retell the story of how the famed cook went from a kind of blissful slogging in New York City kitchens, to travelling the world and hunting down interesting stories.

“What the fuck am I doing here?” he asks early in the film. For some, that may be a throwaway question, but for Bourdain, it seems like the question may have weighed on him for a long time.

Neville follows Bourdain’s life from the days he spent in the kitchen, to finding fame, and some of the details really are surprising.

Roadrunner shows us the young Bourdain who hadn’t travelled much. The zealous, charming, fiery, and powerful figure of this early Bourdain is not the man most of us picture. He’s hard and sharp, but he’s also like unforged metal,, at this point. It was really his first producers that took him out into the world and gave him a proper stage to claim. And just like a lot of folks, the early footage of him trying to fill these shoes is a little rough, but it’s not long before we see him find his swagger.

Some of the footage the film digs up is also very impressive, because it’s likely things many of his fans have never seen before, or haven’t seen in years. There’s even a peek at a TV series that was spawned from Bourdain’s work: Kitchen Confidential starring Bradley Cooper of all people.

Roadrunner takes the time to unravel the early days of Bourdain’s fame and rising stardom, and it really does give some insight into how he recreated himself time and again, professionally and personally. He took himself from kitchens, and a long relationship, on the road to rediscover himself and see the world.

The second half of the film, however, gets into the dark side of his rise, and how events he went through in Beirut, and other countries, changed him and affected his mental health.

At times, it’s hard to watch because it’s blunt, but there are elements that feel a little gross, including the way the film paints Bourdain’s relationship with actor and director Asia Argento. Neville avoided actually interviewing Argento, so she never gets a real voice in the film, which feels like a bit of a problem given the tone they create about the relationship.

This week, an interview with Neville also points out that the director used software to create audio of Bourdain speaking from some of his written notes. It’s a strange idea, and feels very grim, even if Bourdain did write the words himself.

All of that said, while the ending feels a bit strained and difficult, and while I’m not a fan of the tactics Neville used in places to create the story here, I enjoyed Roadrunner because it’s also ultimately about the legacy Anthony Bourdain left for his friends, producers, and companions.

The best parts of the film are courtesy of people like David Chang, Lydia Tenaglia, Christopher Collins, and Eric Ripert who talk about what Bourdain meant to them, and open up about pivotal moments in his life. They are the people who end up reflecting on more than just who Bourdain was, but the impact he’s had on his friends, and to some degree, his fans.

It can be a difficult film to watch at times, as it delves into his mental health, but for the film’s failings, I still think it accomplishes a lot. As someone who admired Bourdain as a journalist and storyteller–because he really was a journalist, no matter what he said–it offers a bit of closure, too.

Roadrunner: A Film About Anthony Bourdain is in theatres now.