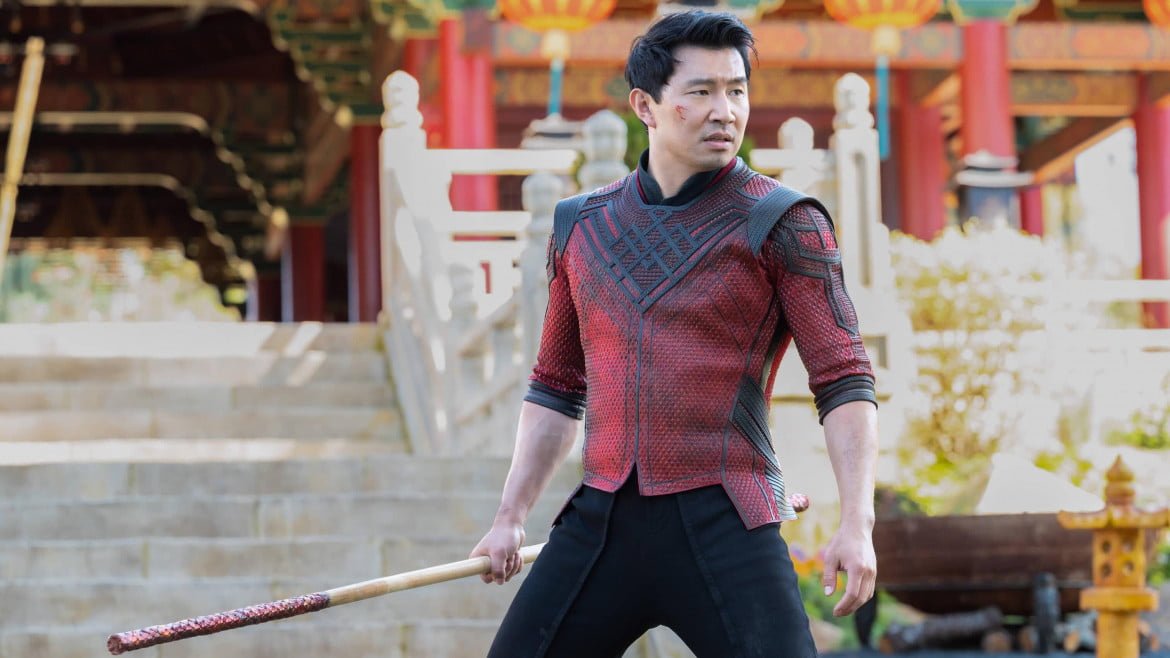 Canadian actor Simu Liu stars in Shang-Chi and the Legend of the Ten Rings, and for his first adventure in the Marvel Cinematic Universe he has one of the most action-packed roles.

The film is fun, and fast, with incredible action from start to finish.

Sitting down to talk while he was in Toronto for the premiere of the film, Liu had a lot to say about this iconic character, and the action-packed story. Shang-Chi has some of the best choreography of any MCU film yet, and when I asked if one moment stood out as his first big superhero moment, he remembered one of the first intense scenes that he worked on.

“There’s one stunt that I did,” Liu said, “where I baseball slide off the top of a bus, I swing around on the side mirror, and I face-plant into the side, and it was all me. It was not a stunt-double shot, and I kind of insisted on doing it because I knew it was something that I could do.”

“And I think the first time I watched the playback, I was like, ‘Oh, I am a frigging Marvel superhero. This is incredible.'”

“We had so many more days like that that followed, and obviously a lot of action days on set, because there are so many action sequences in our movie, but that day definitely stuck out for me. It was one of my favourite stunts to do in the film, and just a really good confidence booster for me knowing that I could do that.”

Watch the full interview below as Liu also chats more about the process of filming the entire bus action sequence, with thanks to our friends at In The Seats for the rest of the video interview.

Shang-Chi and the Legend of the Ten Rings is in theatres now and it’s one of Marvel’s best films to date. The film also stars Awkwafina, Tony Leung, Meng’er Zhang, Fala Chen, Florian Munteanu, Benedict Wong, and the incredible Michelle Yeoh.