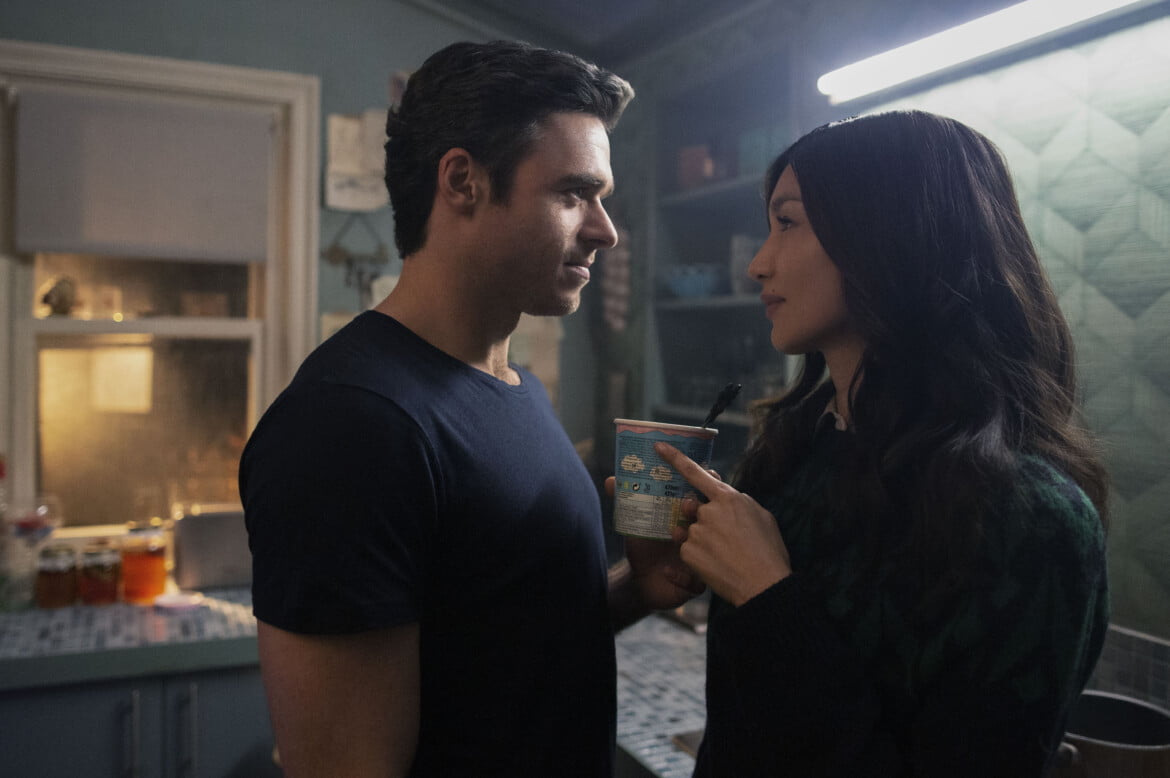 Director Chloé Zhao’s Eternals officially arrives in the MCU on November 5, and the bold superhero drama is unlike anything Marvel has made before.

That’s thanks to not only the story, the script, and Zhao’s vision, but the cast of characters.

Stars Gemma Chan and Richard Madden, who play once-lovebirds Sersi and Ikaris in the film, sat down to talk about their characters, and what it was like playing these uncommon superheroes in a story that spans thousands of years.

“I mean, yeah, Sersi is a superhero, but her powers are not kind of the most obvious or the flashiest,” Chan said. “She’s not the best fighter, but what she does have is empathy and a real affinity for humankind and she’s a free spirit.”

“That was one of the enjoyable things about the film, going on that journey with that character,” she said, “[and] it’s kind of a coming of age story, even though she’s probably thousands of years old. But she learns to trust herself and to grow into her own power, really, and that was a really interesting thing to explore.”

For Madden, playing Ikaris was a refreshing twist on the roles he often plays.

“I’m kind of used to playing lovers often and to play someone who’s such a soldier, but is completely driven by love. All his decisions are driven by love, and it’s actually him that’s wrestling with that.”

“I’m used to characters who are very focused on their love… and with Ikaris it’s the opposite of that. He’s kind of trying to bury that love because it gets in the way of his duty and he’s constantly wrestling the two.”

“That’s kind of what made it really interesting for me to pull out that relationship with all the characters from Sprite to Sersi and kind of work out what this relationship is when you’re trying to stick to duty, but your feelings get in the way. It’s this kind of a eternal soldier wrestling that.”

Eternals opens in theatres on November 5.