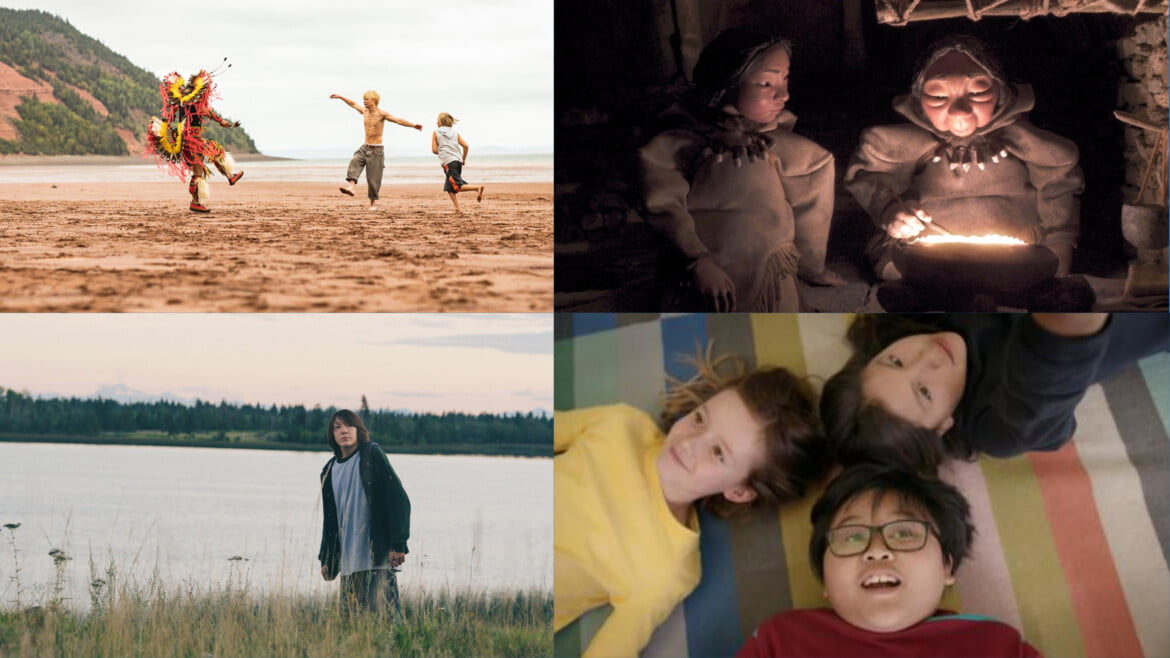 The Available Light Film Festival celebrated their 20th anniversary with a lineup of Northern, Canadian, and international cinema that was filled with moving stories, storytellers, and a focus on the Yukon.

From February 11 to 28, ALFF hosted in-person and virtual screenings with more than 40 powerful films, including seven shorts programs, an incredible spectrum of storytelling, dozens of shorts, and major Canadian features, opening with the director Bretten Hannam’s Wildhood, and also featuring Danis Goulet’s Night Raiders, and Trevor Mack’s Portraits From A Fire.

Canada Goose, the Festival Presenting Partner, provided a pass for me to check out the virtual festival, and I fell in love with so many films and filmmakers. There’s more to talk about than I can even sum up in one story. I had the chance to watch nearly 20 films, including shorts and features, and the topics ranged from dance, mental health, and the environment, to Indigenous rights, with dramas and comedies about life, family, and overcoming.

Canada Goose first partnered with ALFF in 2021, and for the second year in a row they presented the Made in the North award, recognizing underrepresented voices and stories with a focus on films by Black, Indigenous, people of colour, and LGBTQ2S+ Canadian filmmakers, particularly living in the northern territories.

The north of 60° film festival featured Shasha Nakhai and Rich Williamson’s Scarborough, actor and director Elle-Máijá Tailfeathers’ Kímmapiiyipitssini: The Meaning of Empathy, plus a number of international features, including The Worst Person in the World, Run Woman Run, and The In-Laws (Tesciowie).

I was lucky to screen both Wildhood and Night Raiders in 2021, and they’re essential Indigenous stories, told with power and compassion by talented filmmakers. I love the journeys that both of these films take audiences on, especially how Wildhood takes you from decay to renewal with star Phillip Lewitski.

And Night Raiders, starring Elle-Máijá Tailfeathers, has a tremendously engaging story, that’s impressive sci-fi, but most importantly it’s about the terror and horror Indigenous people have survived for hundreds of years.

For ALFF, I watched Luke Gleeson’s D?NE YI’INJETL, The Scattering of Man, a serious and moving look into the impact of BC Hyrdro’s 1968 hydroelectric project that displaced the Tsay Keh Dene people around the Rocky Mountain Trench.

The documentary looks at the history and the people, and the long-term environmental effects from the troubling project. The film also presents traditional stories, with a look at how the people are dealing today, and I was really impressed by the cinematography and the archival footage.

ALFF also presented a remastered version of the classic Atanarjuat: The Fast Runner, celebrating its 20th anniversary at the festival since it ran at the first fest in 2003.

The iconic Canadian film (that was at the top of the box office in 2002 when it was released, and earned the Caméra d’Or at Cannes in 2001) by director Zacharias Kunuk is mesmerizing and beautiful. It’s an epic that’s unlike any other film.

Kunuk also had a new short film in the festival, his spellbinding and magical Angakuksajaujuq: The Shaman’s Apprentice. The stop-motion short film follows an Inuit shaman facing dark spirits and challenges to heal one sick man with a secret. It’s a beautifully spiritual film that’s balanced between land, snow, and light, with incredibly striking landscapes and scenery.

Another film I couldn’t resist was Skymaster Down, a remarkable documentary that’s affected so many people for more than 70 years, and it features a look at the Yukon from above.

In January 1950, a U.S. Air Force plane was headed from Alaska to Montana with a crew of 8 and 36 passengers. Before flying over the Yukon, the plane checked in at one last radio tower in Alaska, and then was never heard from or seen again.

A massive search was launched to find the servicemen and civilians on board, but nothing was ever found of the plane or the people.

The film takes a look at just how massive the forests and mountains in the Yukon are, and how many planes have crashed in the area, with interviews that touch on the families affected, and the people in the Yukon who still talk about the disappearance. It’s a sad and fascinating modern day mystery with an eerie appeal.

Director Bobbi Jo Hart’s Fanny: The Right to Rock documentary was another favourite of mine at the festival. The documentary reunites the 1970s all-female rock band, Fanny, the first on a major label. Band members June Millington, Jean Millington, and Alice de Buhr get together for a look back on their music, the era, their impact, and at the same time, how the history doesn’t talk about what they accomplished.

David Bowie called Fanny one of the most important bands in music history, and the film features interviews with music icons, and some incredible footage from the band’s performances. For rock fans, and anyone who loves a deep dive into that era of music, it’s a wild story.

And there were a lot of amazing shorts at the festival, but one of my favourites was Carmine Pierre Dufour’s Zab Maboungou, about the famed choreographer and how dance creates a sense of identity and belonging, with a look at her work, Mozongi.

Cian Elyse White’s Piiksi/Huia (Bird), is a beautifully personal and powerful look at a dance recital that’s transcendent and emotional.

Some of the other major shorts I screened were Nisha Platzer’s quiet and mesmerizing Aivén, Sheona McDonald’s beautiful, sad, and eloquent Into Light, Kijâtai-Alexandra Veillette-Cheezo’s poetic and uplifting Odehimin (Heart Berry), and the essential mental-health drama Dear Friend by Trevor Solway.

ALFF was such an incredible experience, and if you have the chance to watch any of these films, I highly recommend them. Watch for ALFF’s award winners in the coming days.

Plus, visit Available Light On Demand for new Yukon films every month to stream.