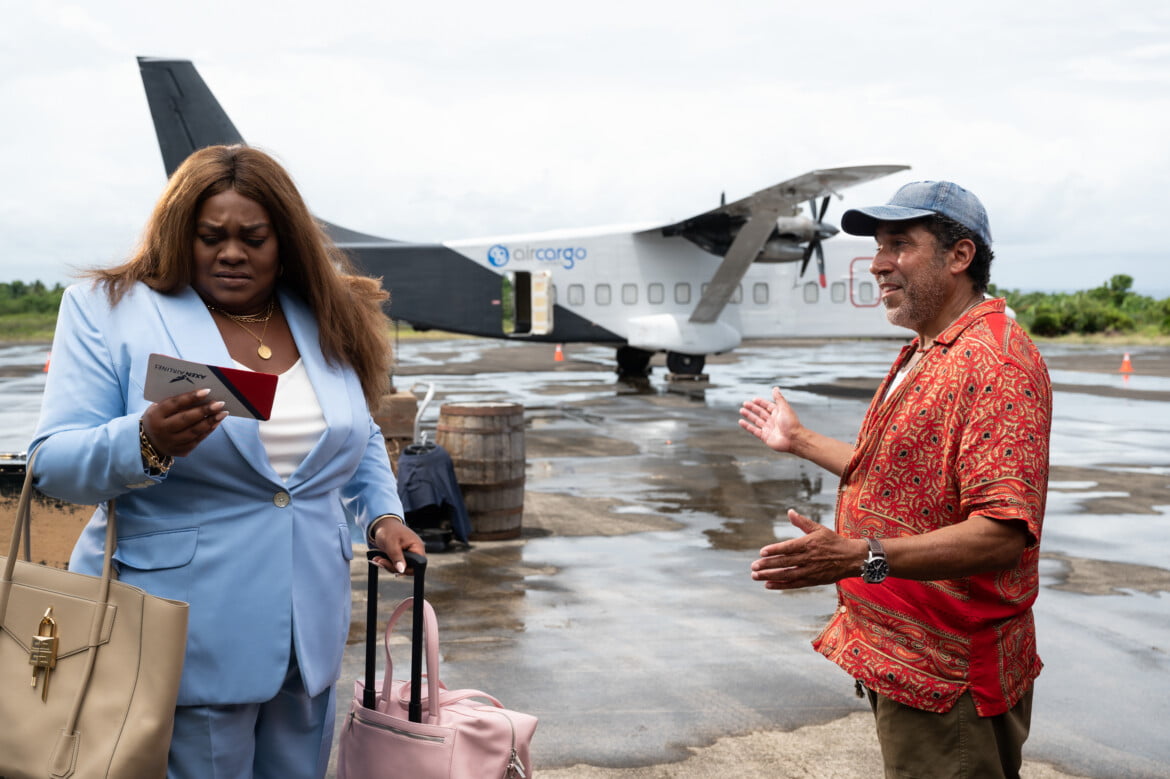 What’s Sandra Bullock really like? The Lost City‘s Oscar Nuñez sat down with me to talk about the new Paramount+ action comedy, and he had a lot of love to share for the film’s star.

“Sandra is a producer, she is a mom, and she is there firing on all cylinders, yet relaxed and accessible and very present and will chat with you and have a moment with you,” he said. “She’s not too busy to do that. She’s great.”

And then there’s the hilarious and buff Channning Tatum.

“Channing is a very nice man,” Nuñez said. Taking his wife and daughter with him to the Dominican Republic, where the movie was filmed, they spent time together on and off set. “We got to know him, we chatted with him, we hung out with him and he had friends there, and when he’s not there chatting, he’s working out with his buddies.”

“And I mean, for real, they jump in the ocean, they swim, they run. And like, dear God, that’s why he looks so great in the movie. I realized that because a lot of time I think he’s wearing less clothes in the movie than anyone else in the thing.”

The Lost City features Bullock as romance novelist Loretta Sage, and she’s no ordinary writer. Loretta knows her ancient tombs and could help uncover a real lost city, and that’s exactly why a crazy billionaire, played by Daniel Radcliffe, kidnaps her.

Only Alan, played by Tatum, the cover model for all of Loretta’s books, is hot on their trail. And hopefully he can help save her, perhaps with a little help from an expert.

The film is hilarious and filled with action, a killer cameo by Brad Pitt, and a story that will make you love this odd-couple on the run.

Oscar Nuñez plays the daring pilot Oscar in the film, and I chatted with him about the character, and working with the rest of the incredible cast.

“I’ve been telling people that it seems like [Oscar is] the uncle of Ramone from The Proposal. They’re related, somehow,” he joked.

Nuñez also said that it was Bullock herself who texted him about the role in the film.

The Lost City is streaming now on Paramount+ and the film arrives on 4K Ultra HD Blu-ray, Blu-ray, and DVD on July 26, 2022. Watch my full interview with Oscar Nuñez below.