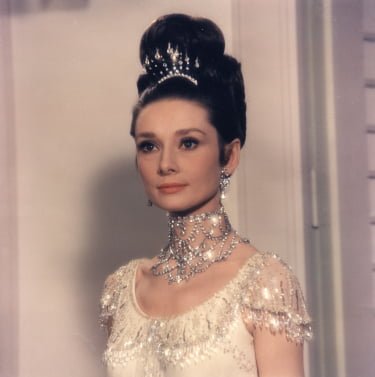 Audrey Hepburn in My Fair Lady

Celebrate one of the most classic musicals of all time this week with the re-release of My Fair Lady on DVD, starring Audrey Hepburn as the one and only Eliza Doolittle. Also available this week, Adrien Brody and Mark Ruffalo star in the caper The Brothers Bloom; Jack Black and Michael Cera go back in time for the lame comedy Year One; plus a quick look at the documentary Anvil! The Story of Anvil, and Snow White and the Seven Dwarfs on Blu-ray.

My Fair Lady
Although My Fair Lady is hardly new to DVD, the latest edition of the film is still a noteworthy release, especially when you consider how many people have never seen this remarkable production.

Based on George Bernard Shaw’s Pygmalion, the story was adapted as a stage musical, which went on to huge acclaim before it was turned into a film and released in 1964. Earning eight Academy Awards, My Fair Lady has gone down in history as one of the most sophisticated, enjoyable musicals ever produced for stage or screen, and it still shows today.

Rex Harrison stars as the well-to-do, and full of himself, Professor Henry Higgins, a linguist who stumbles into a bet he can’t refuse when the Cockney Eliza Doolittle, played by Audrey Hepburn, walks into his life.

Meeting Eliza first on the street, the professor proves that he’s a master linguist, placing anyone he meets within a few miles of their home. With Eliza though, he disdains her for the way her common speech muddies up the great English language, mocking her in front of a crowd of affluent onlookers.

When Eliza shows up on his doorstep asking for elocution lessons, the professor can’t resist a bet with his friend Colonel Hugh Pickering, played by Wilfrid Hyde-White, and wagers that he can pass the girl off as a lady in proper society with a few months of training. Eliza leaps at the chance to be picked up off the low-class streets, but that doesn’t change her strong-willed demeanour, which proves to be a somewhat constant thorn in the professor’s side.

Set in a bygone era, when horse-drawn carriages still roamed the streets of London, My Fair Lady stands up all these years later as an epic musical, and a wonderful drama. From the cast, including Harrison, Hepburn, and actors like Stanley Holloway as Eliza’s father Alfred, to the musical numbers, and right down to the sets and cinematography, the film is stunning in nearly every way.

The film simply reaffirms that old adage, they just don’t make them like they used to.

Included with the film are a few interesting features that give some interesting depth to the film and its production. There’s an audio commentary, a few featurettes, alternative vocals of Hepburn singing her own vocals, plus a radio interview with Harrison.

The Brothers Bloom
Over the last year I’ve heard a lot about director Rian Johnson’s comic caper, The Brothers Bloom, which debuted during the 2008 Toronto Film Festival. Some of the comments were good, and some were bad, but as it turns out, how you see it might depend entirely on your perspective.

Adrien Brody and Mark Ruffalo star as brothers following life-long careers as con-artists, working toward bigger stories with bigger cons on the horizon. After one particularly successful job, Bloom, played by Brody, tries to escape the criminal life, but his brother Stephen, played by Ruffalo, tracks him down to draw him into one last job that he swears will actually be the end of it all.

Going after an insanely rich recluse named Penelope, and played by Rachel Weisz, the brothers plot a scheme that will leave them with money to spare, and all they need to do is pretend to be antique dealers and convince their mark to take the bait. What they didn’t count on was Penelope’s zany spirit or clever mind, which promises to sink the entire enterprise if Bloom’s potential adoration for her doesn’t ruin things first.

With numerous twists and turns along the way, The Brothers Bloom looks at first like an average caper, but the film is immediately endearing, clever, well-scripted, and laugh-out-loud funny. Ruffalo and Weisz earn the most laughs in this romantic tale of larceny, although our two leading brothers certainly make a great pair on screen.

The story is somewhat needlessly long, and a little too complicated at times, but the performances won through for me, elevating the story, and drawing me in for the unending slew of cons.

While your perspective may be different, depending on how you feel about the blending of a comic caper with a somewhat romantic drama, but I’m highly recommending The Brothers Bloom for having heart to spare, and a great sense of style.

Also on home video this week…

Year One
Nothing about Year One appeals to me, not Jack Black and not even Michael Cera, who both play bumbling idiots in ancient times, in one of the laziest of comedies I’ve seen all year.

Produced by Judd Apatow, the film was directed by Harold Ramis, who has honestly made some of my favorite comedies, like Bedazzled, Groundhog Day, and Caddyshack. Year One was also written by Ramis, and The Office scribes Gene Stupnitsky and Lee Eisenberg, but that didn’t seem to help.

While I hate to bash Ramis, it seems inescapable with this film where Cera and Black play two average, do-nothing guys who are banished from their village. Wandering through Biblical stories, with actors like Hank Azaria, Paul Rudd, and David Cross playing the various characters they meet along the road, the film is all farce, but few laughs, thanks mainly to tired performances, and a weak script.

“The True Story of Anvil is only 80 minutes long,” Liam Lacey wrote for the Globe and Mail, “but it packs a lifetime worth of drama, setbacks and especially friendship into its brief running time.”

Snow White and the Seven Dwarfs [Blu-ray]
The first feature-length film from the House of Mouse makes its debut on Blu-ray this week, and while I haven’t seen the product, it’s certainly a classic worth checking out for anyone with a decent home theatre system. The tale is timeless, and it represents the best that Walt Disney had to offer, so whether you pick it up for your kids, or nostalgia’s sake, it’s bound to be worth the cost.