Till Review | Unsubtle, but Exceptional

Although it quite often falls into many of the same cliched trappings that plague productions aiming for awards season glory and mainstream box office success, director and co-writer Chinonye Chukwu’s pointed and impassioned Till has enough outstanding performances and a unique enough perspective to rise above other similarly well intentioned crowd stirrers. It’s far too slickly mounted and conceived to appear raw or intimate, but Till is also a film that has pleasingly little interest in rehashing black trauma in the most depressing way possible. Till isn’t a particularly hopeful film, but it does showcase great strength and resiliency.

It’s based on one of the most infamous murders of a black person in the American south during the tumultuous mid-20th century struggle for justice and equality. Fourteen year old Emmett Till (Jalyn Hall) had travelled from Chicago to the deep south of Mississippi to vacation with some cousins. Till was accused of harassment by a white woman, leading to his lynching. In the aftermath, Emmett’s mother Mamie (Danielle Deadwyler) carried out a relentless quest for justice amid a southern legal establishment that has been historically stacked against black people.

Chukwu (Clemency) has been outspoken about her desire to not wallow in the violence that surrounded Emmett Till’s disappearance and death, wanting instead to talk about the lives the young man touched and the void that was left in his wake that’s still felt today. Chukwu doesn’t explicitly show Till’s death, nor does the film need to for it to still have a lasting emotional impact. Instead of following the standard playbook that makes all historically tragic figures as depressing as possible, Chukwu takes a different approach with somewhat mixed results.

Till is a disarmingly sunny and colourful looking movie, full of brightness and vibrancy that often struggles against the harrowing and sad nature of the story. While the period details throughout Till are top notch, there’s a decidedly sanitized appearance to everything that I’m not sure is intentional. Chukwu is so focused on creating a new perspective for how such historically important narratives are told that the stylistic decisions being made ring hollow and sometimes tacky. None of this slickness is helped by the film’s worst aspect: an overblown, tacky, and wildly intrusive score from Abel Korzeniowski that flat out stomps on some of the material’s most emotional moments, always threatening to ruin otherwise great scenes with its unnecessary bombast. There are few problems with Till that can’t be fixed by toning down all the elements that seek to make this just another “prestige” picture. 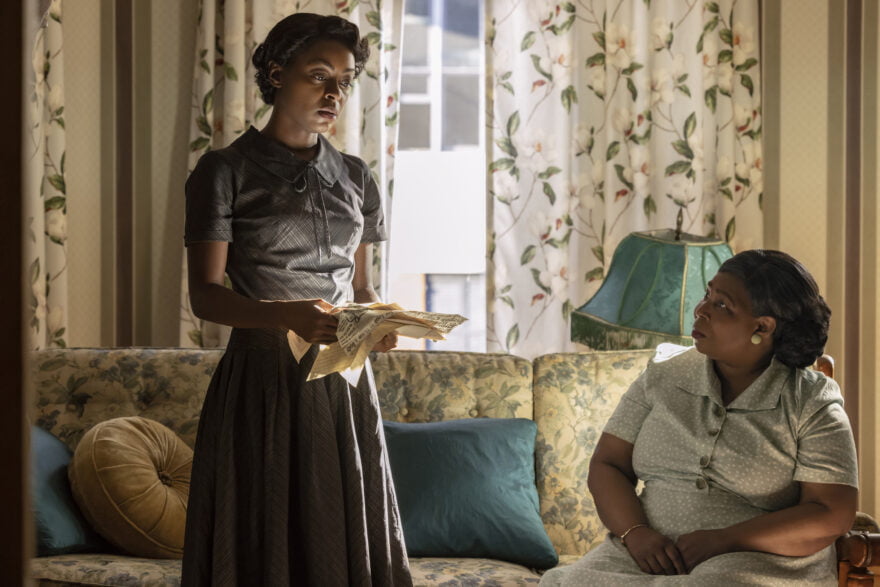 Thankfully, Till has key strengths that make the sugary coating easier to take. The story has a well honed three act structure, with the first portion focusing on Emmett’s time in the south leading up to his killing, the second looking at the immediate aftermath in the wake of the young man’s disappearance, and the third (and longest) dealing with Mamie seeking justice and closure. Chukwu’s pacing in all sections of the story is patient, thoughtful, and detailed, with rich layers of emotion and historical context that are subtler and more pleasingly defined than some of the production’s otherwise obvious stylistic choices. The slow burning nature of the narrative does a wonderful job of looking beyond the well documented history of the case and building a compelling picture of all caught in its wake as wounded, but strong human beings. Even when it becomes a conventional courtroom drama in its later stages, Till remains unhurried in its desire to paint a complete picture.

At the centre of it all is Deadwyler, who shoots straight from a rising star to a fully established one with her performance as Mamie. It’s a performance that depicts Mamie as both resolute and deeply vulnerable. It’s work so daring that it isn’t afraid of seeming messy, fully aware that the character she’s portraying is brimming with contradictory feelings that can arise out of nowhere. The performance coalesces perfectly during the film’s most heartrending scene, when Mamie finally gets a chance to look at the body of her son. Even though this is a perfect example of another scene nearly ruined by the unsubtle musical score, it’s impossible to break eye contact with Deadwyler, whose performance is so commanding and delicate that the tragedy becomes painfully visceral.

Deadwyler gets some great support from Hall as her son – with their moments together in the early going laying a lot of the foundation for what’s to come – and Sean Patrick Thomas, who it’s great to see in this high profile of a role again as Mamie’s partner, Gene. Producer Whoopi Goldberg also returns in a dramatic capacity here as Mamie’s mother, and while the veteran actress delivers a typically strong performance, the character isn’t around enough to make much more than a passing impact.

Till is a well meaning and lushly mounted history lesson that often threatens to become overly melodramatic and manipulative thanks to some unsubtle directorial choices. It would work a lot better with more restraint, but the performances and the material’s depiction of shock and grief are so strong and fully realized that it’s difficult to find a lot of fault. Most importantly, Till will leave viewers with a lot to think about, putting this case into sharper context and facilitating discussions about how it pertains to modern American life and the ways racial prejudice has evolved in its wake. If a film can do that by the time it wraps up, it’s definitely a success.

Till opens in theatres across Canada on Friday, October 21, 2022. 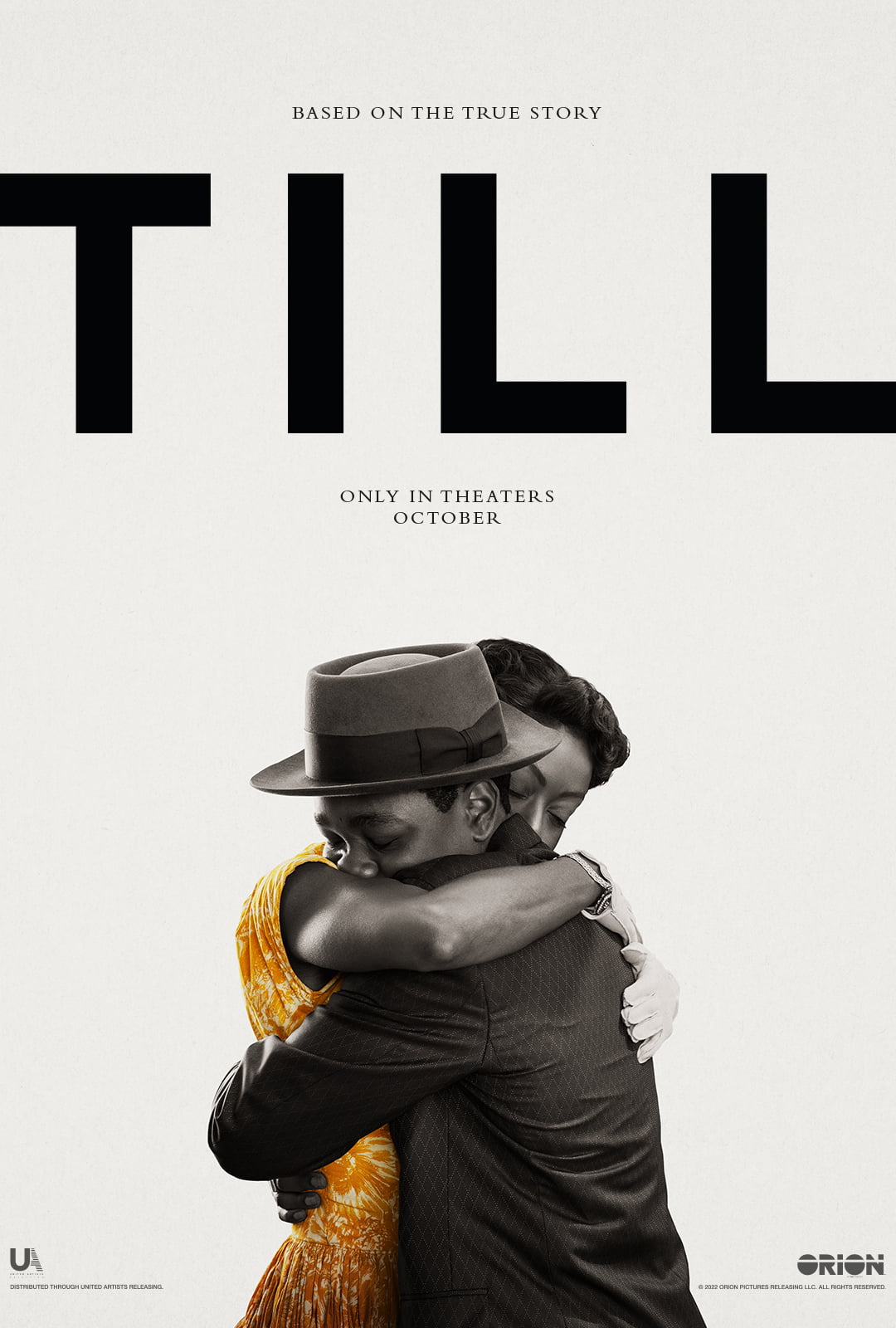