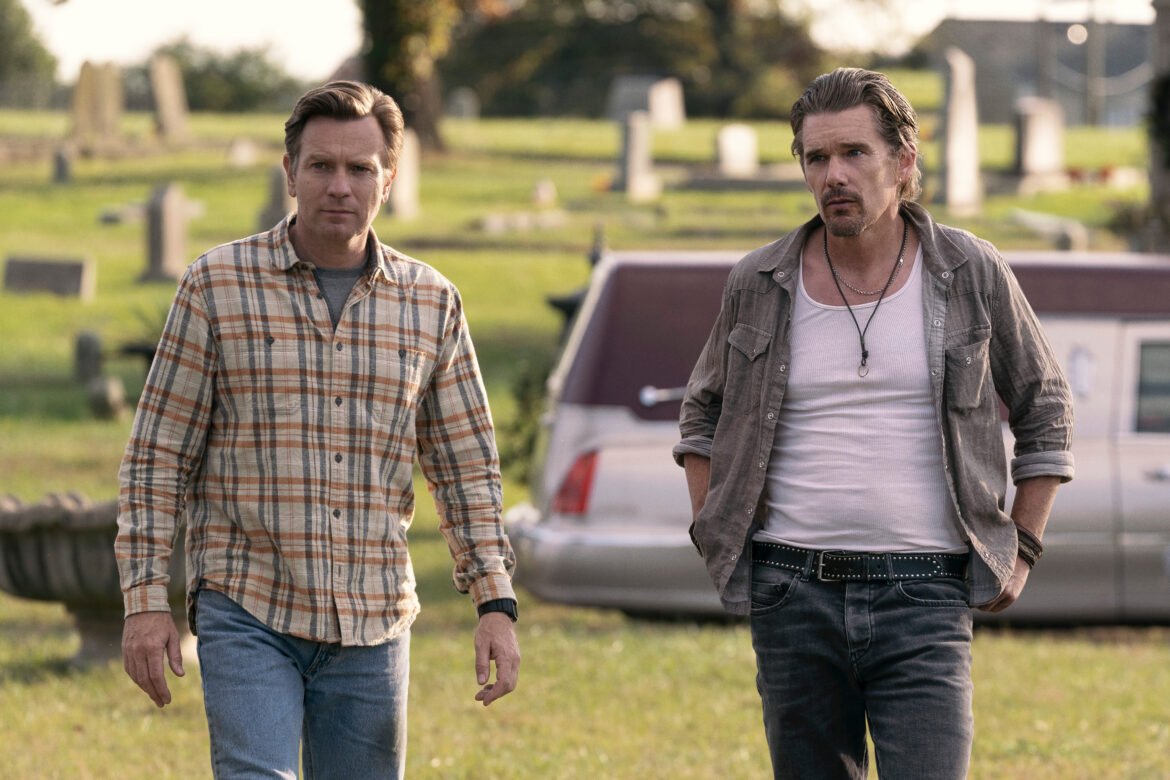 The low key drama Raymond & Ray is a simple, often predictable film told with plenty of unforced emotion and a handful of strong ideas. It starts off better than it ends up, sometimes strains logical credibility, and slowly starts to wear out its welcome down the stretch, but the brotherly bond at the heart of Raymond & Ray is clearly realized and engagingly performed, even when the two leads don’t exactly ever feel like family.

Shy and nervous Raymond (Ewan McGregor) pays a visit to his estranged, hot tempered brother Ray (Ethan Hawke) to inform him that their notoriously abusive, aloof, and elusive father has died. The funeral is happening the next day in Virginia, and Raymond – who lost his license thanks to a DUI – needs Ray’s help to get there. Ray absolutely doesn’t want to go, but it was dad’s wish that the brothers attend the funeral and burial. Ray gives in, mostly because Raymond believes it will finally give him the closure he has been searching for his entire life. Their feelings towards their father become more increasingly mixed when they arrive in Virginia to discover plenty of people who mistakenly thought dad was a good person. Things get weirder when Raymond and Ray also discover what it was exactly that dad wanted his kids to do after his death.

Mexican-Colombian writer-director Rodrigo Garcia (Albert Nobbs) strikes an entrancing tone in the early going of Raymond & Ray. The dialogue between the brothers and the careful pacing during their road trip to Virginia gives off pleasing Sam Shepard vibes, matched by a stripped down and sparse visual style that’s more concerned with base realism than visual poetry. Between the occasional verbal jab and harsh truth, there is a subtle sort of love and understanding that never ceases to shine through. The traumas suffered and shared by Raymond and Ray are easy to see even when the dialogue doesn’t make them explicit. Raymond has become a pushover, and Ray acts more on impulse than thought. Ray has lost the will to live and love with all his heart, while Raymond is bursting with feelings to a point where he can’t function. Sometime these opposing characters will come to emotional blows in darkly humorous ways, other times they’ll scream like they want to hurt each other, and sometimes they don’t need to speak at all to convey what they’re thinking.

These are the adult children of a man who – even though the viewer has never met this guy – saw himself as a worldly, charming, charismatic, opinionated, bon vivant. Raymond and Ray saw through the facade, and now they’re forced into confronting their father’s legacy; to give a proper send off to someone who treated their kids like they were dirt or burdens. Even in death, Raymond and Ray’s father is an all controlling figure whose secrets are still yet to be fully uncovered. 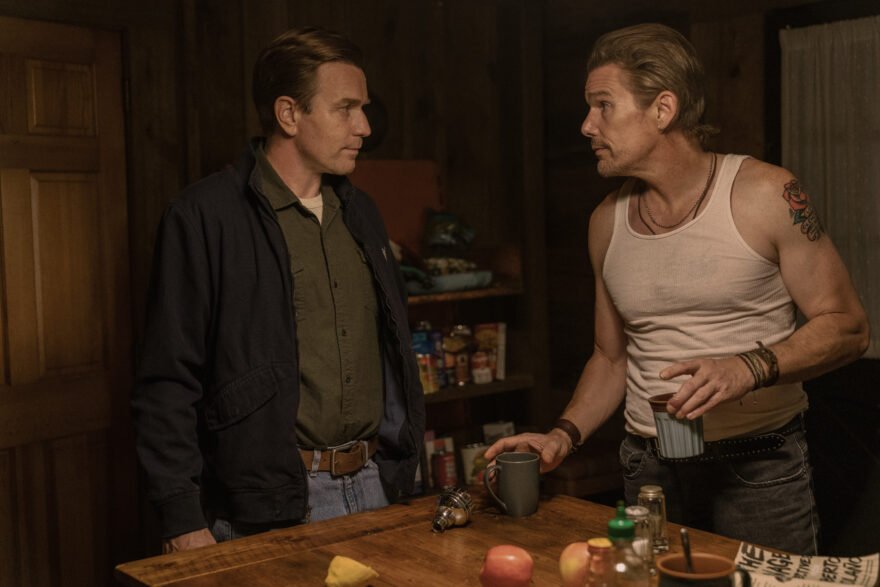 The relationship Raymond and Ray have towards their father provides Garcia with a strong foundation, but the filmmaker never makes the most of it. Once the brothers literally start digging a hole for their father’s casket, Raymond & Ray disappointingly starts to introduce predictable, well telegraphed twists that neither add nor subtract much of anything from the core story. A lot starts to happen, but none of it is ever as interesting as the interplay between the primary characters. It’s obvious that Raymond will start to develop feelings for Lucia (Maribel Verdu), the much younger woman his dad was living with at the time of his passing, and Ray will develop a kinship with Keira (Sophie Okonedo), his father’s brutally honest nurse. There are some good scenes to be shared between these performers, but none of them stand for much and all of it serves to only further underline things the audience can discern from the start.

And while McGregor and Hawke are both great actors putting in good work, the casting of them as brothers never makes complete sense. Granted, they are supposed to feel like different people, but McGregor and Hawke always act like they’re from such different areas of the world that it seems unlikely they ever spent time under the same roof, even as kids. It’s also curious that McGregor is thoroughly outmatched by Hawke, who gives a turn so strong that it completely overpowers his co-star in almost every respect. As the viewer will eventually see, part of this is by Garcia’s design, but it doesn’t make the differences any less glaring.

McGregor is certainly doing what’s being asked of him by making Raymond as meek and broken as possible, but that also makes the character less interesting. McGregor is good, but there’s only one scene in the film where he’s truly excellent. Hawke on the other hand is hypnotizing throughout, delivering a performance that earns favourable comparisons to his turns in Boyhood and Born to be Blue. Hawke’s Ray is strong enough to push back against his father’s whirlwind, while McGregor’s Raymond is all too keen to go along with it. One wants closure, while the other couldn’t care less about it. Unfortunately, the one who doesn’t care is the more interesting of the two, and if no one cares, there wouldn’t be a movie at all.

But Raymond & Ray still speaks a lot of truth when it comes to discussing how people feel when they lose someone close to them that conjures up conflicting emotions. It’s something that isn’t discussed as often in films as it should, and often when the topic is brought up, the tone is melodramatic throughout. While Raymond & Ray has a degree of convenient predictability, it never conjures false emotional catharsis. That means it’s good in the way that counts the most. 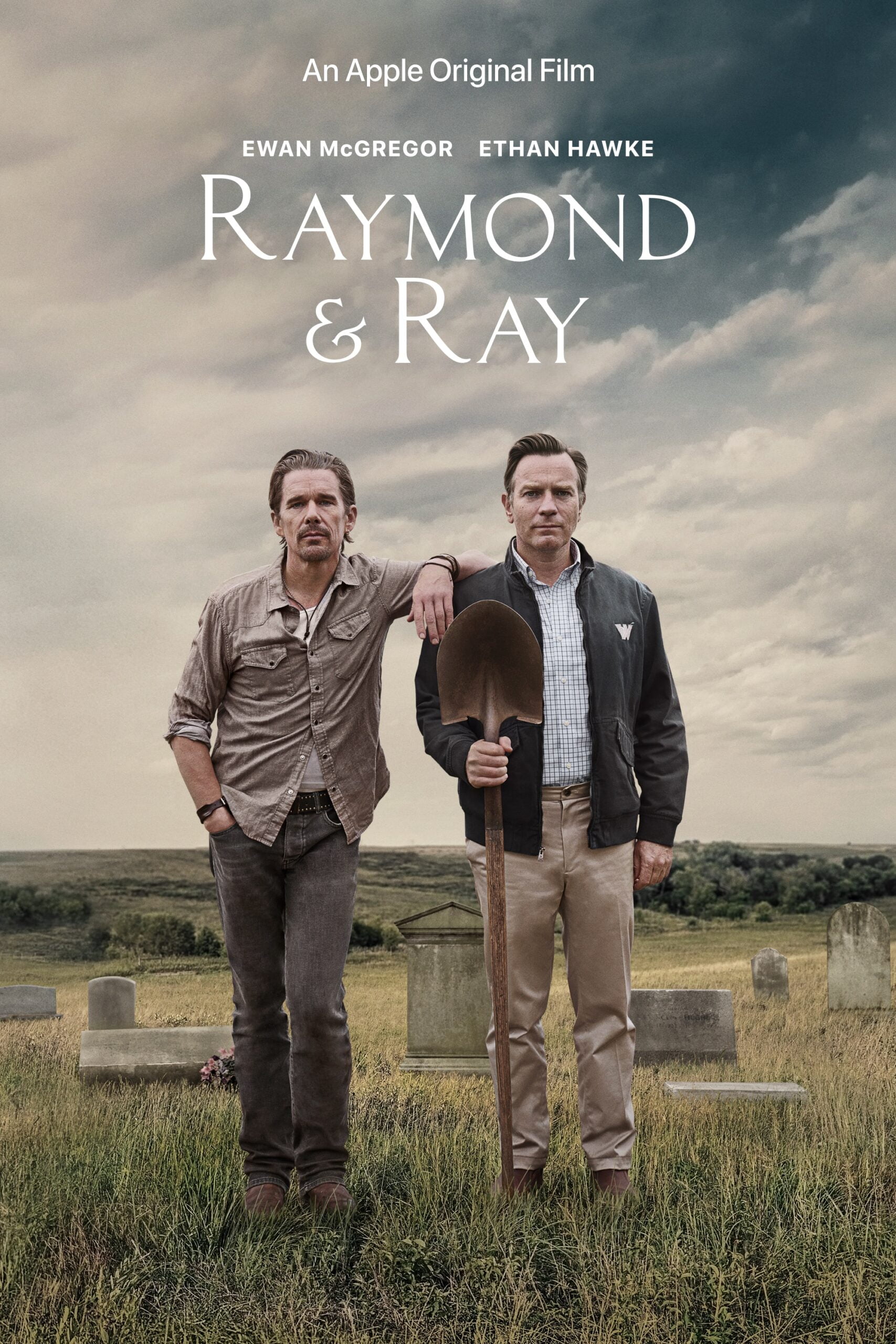