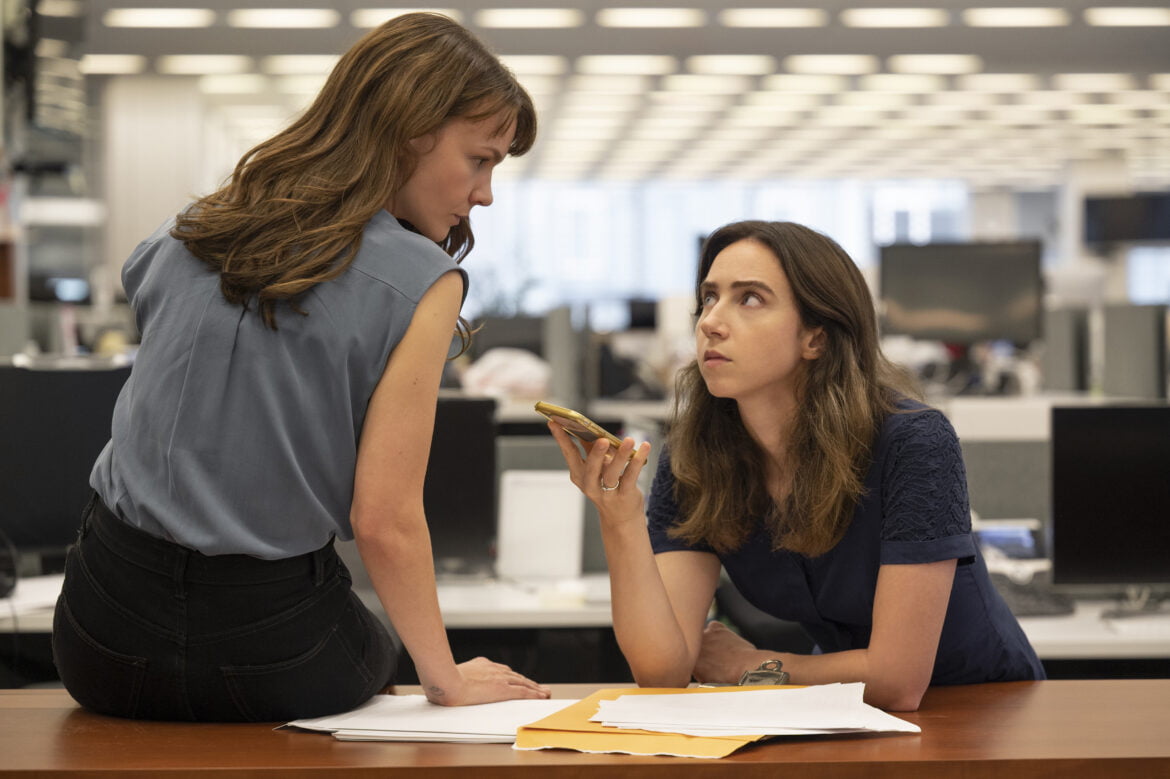 Although it follows a well worn template in terms of its storytelling, the investigative journalism drama She Said comfortably adds itself to the canon of films that depict the high risk profession with plenty of admiration and dramatic grace. There’s not much in the structure of She Said to differentiate it from other movies where reporters try to track down leads, dodge legal threats, get their hands on important documents, protect sources, and achieve their goals of exposing a gross miscarriage of justice, but there’s something undeniably powerful whenever one of these films feels like it’s getting things right. She Said has plenty of admiration for the people and sources that made the story at its core a reality, but it also hits the sweet spot between being authoritative and captivating.

The investigation at hand in She Said starts off at The New York Times in 2016 as a broad one: a deep dive into pervasive cultures of sexual harassment and assault at major employers and corporations. After several successful inquiries had proven fruitful – most notably one against talk show host Bill O’Reilly and another against then presidential hopeful Donald Trump – a decades long, systemic, widespread history of abuse perpetrated by big time Hollywood producer Harvey Weinstein starts to come to the forefront. But holding Weinstein accountable for his crimes and actions could be easier said than done. He’s notoriously intimidating and vindictive, capable of ruining careers with a single phone call. Most cases against him are quietly settled out of court, with the victims being strong-armed into signing nondisclosure agreements. And a lot of his accusers who haven’t signed such documents are terrified of being named as a source because they’re afraid they’ll be alone and solely liable if the story backfires and Weinstein is allowed to continue his career as a power broker.

The unenviable, but important task of convincing these women and former employees to go on the record falls to seasoned reporters Jodi Kantor and Megan Twohey, played by Zoe Kazan and Carey Mulligan, respectively, and their working dynamic – both together and apart – is thoughtfully and logically adapted by director Maria Schrader (I’m Your Man, Unorthodox) and screenwriter Rebecca Lenkiewicz (Ida, Disobedience, Colette). Taken largely from Kantor and Twohey’s reporting, She Said does boast a lot of scenes that are packed with sometimes necessary, but clunky expository dialogue. Sometimes these scenes of Kantor and Twohey interviewing sources go on longer than necessary, but it also serves a deeper purpose that helps She Said retain a lot of dramatic tension.

She Said isn’t solely a film about believing people who make claims of sexual harassment, but a story about the power of active listening. Schrader’s approach is purposeful, direct, unflinching, comprehensive, and quiet. The viewer is made to hang on every word being said – or sometimes what isn’t being said between the lines – in the same manner as the reporters working on the case. Schrader wants the viewer to actively take in all of the claims and concerns on the sides of both the sources and the reporters as it all unfolds almost in real time. At times blending archival material with the dramatic reenactments being depicted, She Said isn’t a documentary, but rather a procedural drama that shows deep admiration for the steps involved in making such a groundbreaking and wide reaching story airtight. 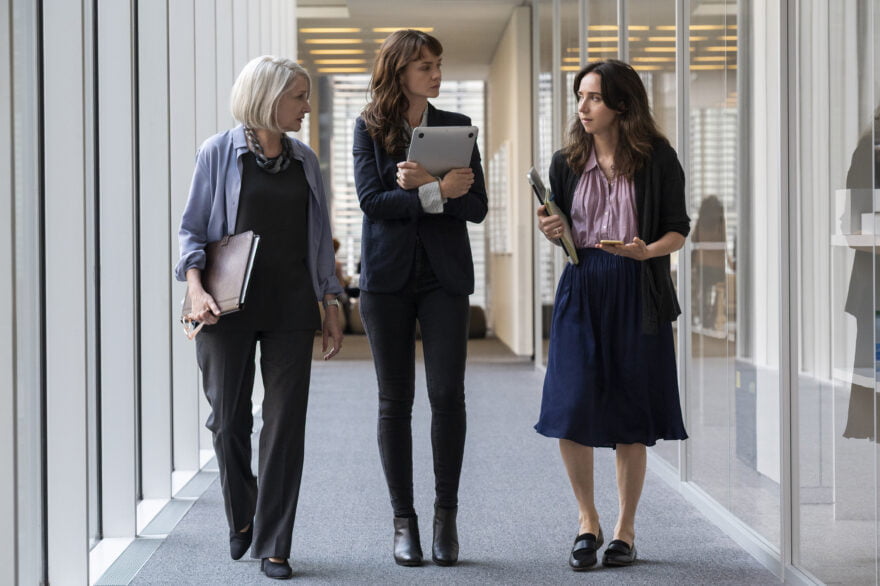 It’s also a film that shows both the reporters and sources as people with sometimes bigger problems than a story destined for the front page. Jodi and Rebecca are both family oriented people, with the latter suffering postpartum depression after the birth of her first child. They want to make the world a better place for their kids; a stress that weighs on them as much as their devotion to keeping their sources safe. Similarly, those coming forward have stories of their own, like a woman who hasn’t stepped forward for cultural reasons or another that Kantor just happens to contact at one of the worst possible times in a person’s life. In addition to its journalistic integrity, She Said seeks to remind viewers that the people involved in such an investigation are more than just names in the news or on a page, and in some cases what happened to them in the past might pale in comparison to what’s ahead of them.

The scenes of editors and reporters debating the direction of the story are kept to a minimum until towards the end of the film – once publication looms and the heat is being turned up by Weinstein’s legal team – which is a refreshing change of pace for this sort of narrative. The focus is predominantly placed on the work put in by the reporters, with Kazan and Mulligan making for an exceptional pairing. Their performances are subtle, but highly detailed. They’re playing reporters who know the precisely correct moments to be stoic, angry, or empathetic, but they’re never manipulative or misleading. The small moments when they snap out of their “work mode” and back to their personal realities are also subtle and appreciated. Just as they propelled the story for The Times, these people are the glue that holds She Said together.

Those expecting a more thrilling look at journalism filled with ominous threats around every corner and grandstanding speeches about uncovering the truth might want to look elsewhere, but for anyone hungry for a film that makes getting a story right look appropriately difficult and sometimes unglamorous will find a lot to like in She Said. It’s hardly a mile-a-minute potboiler, but the fact that the story being investigated takes place amid the filmmaking world does lend all of this a sense of low key eeriness and unease that fills the void left by a lack of overall theatricality. It feels like a film about newspaper investigations made by people who actually care about the process. The importance of the topics covered by She Said can’t be understated, and the film built around them – made by female filmmakers and about female reporters – takes great pains in making sure it’s getting everything right.

She Said opens in theatres everywhere on Friday, November 18, 2022. 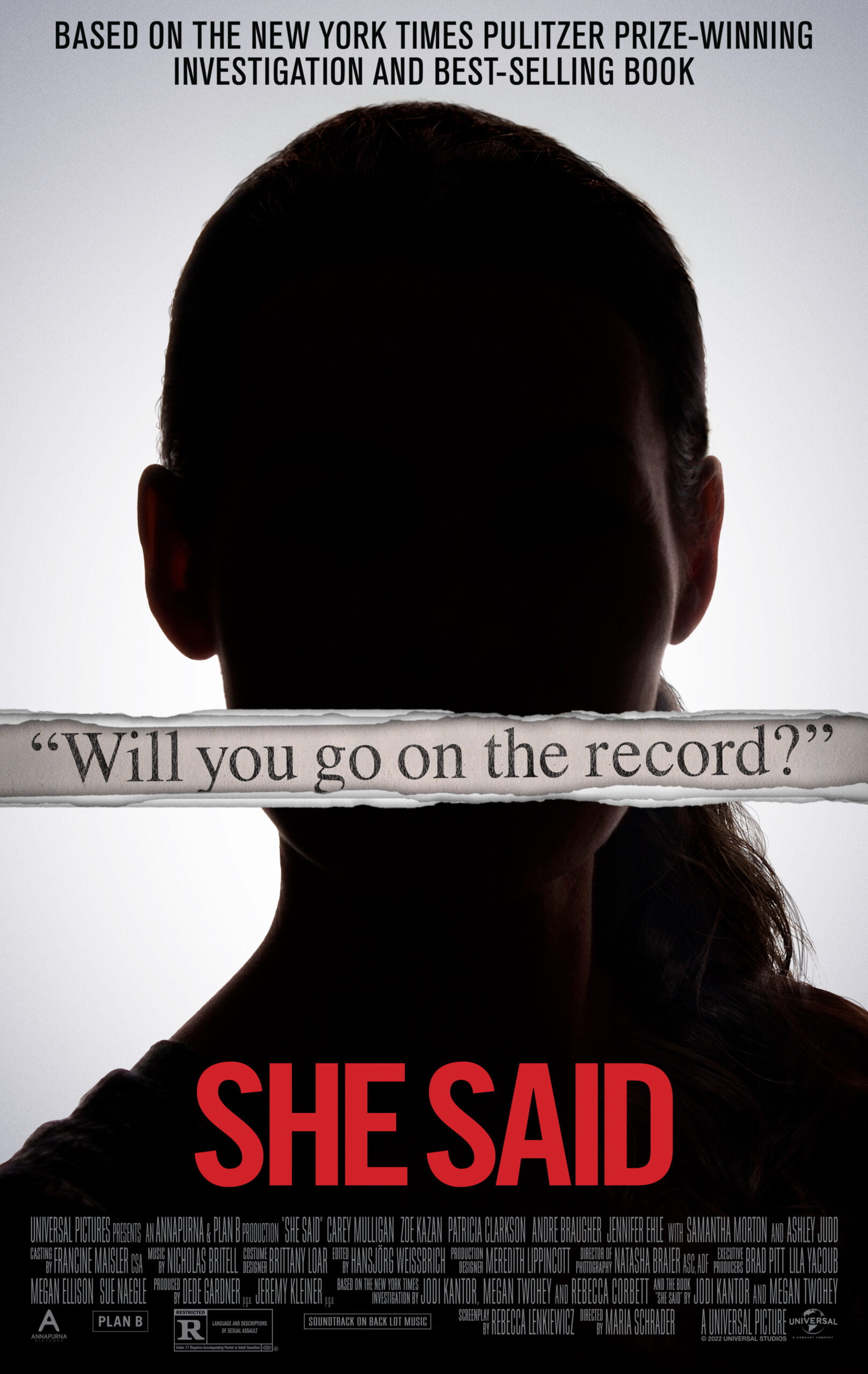