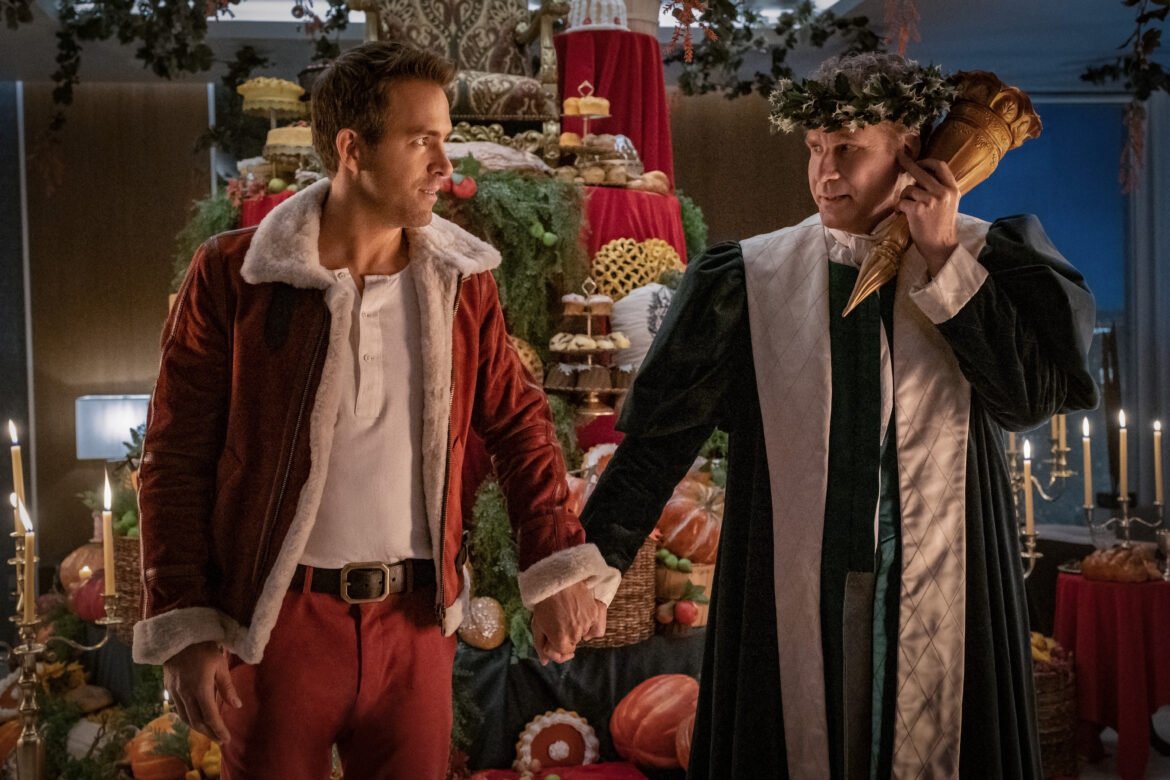 The go-for-broke yuletide musical Spirited is an overstretched and not particularly funny updating of a seasonal classic, despite the game involvement of a talented cast. Spirited has a solid, established base – riffing on Dickens’ old chestnut, A Christmas Carol – and megastars Ryan Reynolds and Will Ferrell singing and dancing their way through a winter wonderland, but it’s not working. With too many different tones at play and no discernible audience that it wants to cater to directly, Spirited is like melted ice cream served at room temperature: you know there’s something good in there, but this isn’t it.

Ferrell stars as the currently serving Ghost of Christmas Present, who works out of a… well, I guess you would call it control room that specializes in bringing holiday cheer and good will to the most unredeemable of misers, misanthropes, and humbugs. It’s hard to explain, but a cool idea that offers a great set for musical numbers. Present is getting fed up with changing the minds and actions of everyday scrooges, wanting instead to try and work some holiday magic on a truly terrible person whose change of heart might have a larger impact on the world at large. Present’s pitch is to go after Clint Briggs (Reynolds), a high level PR shill who plants the seeds of divisive, unhealthy, hateful discourse to drive profits into his employers’ coffers and destroy the lives of their enemies and competitors. Flanked as always by the Ghost of Christmas Past (Sunita Mani) and Yet-to-Come (voiced by Tracy Morgan), Present sets about his mammoth task, but the slick tongued Clint constantly tries to turn the tables on his paranormal visitors.

Spirited starts amusingly enough, going for broke and establishing itself out of the gate as a cross between an old school stage spectacle and a modern musical. Directed and co-written by Sean Anders (Daddy’s Home, Instant Family), Spirited follows in the current footsteps of cinematic musicals by ensuring every song is an anthem that has been cranked to eleven. Although there’s a musical number every ten minutes or so, only two of them – the opening number and an amusingly childish one about 18th century cursing – are any good. Most of them are forgettable and set on obviously cavernous sound stages that give off the appearance of a stage show, no matter how well dressed and designed they are. 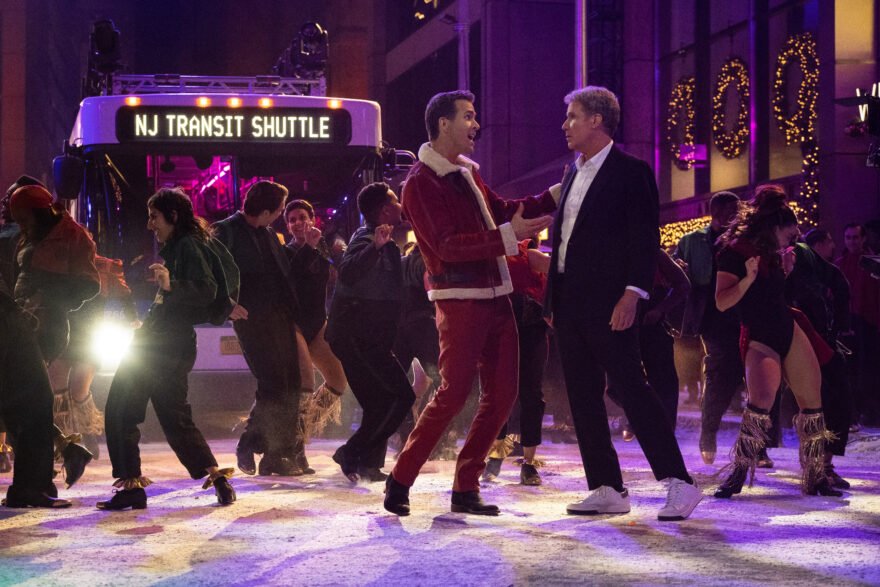 The choreography is impressive, and Reynolds and Ferrell are throwing everything they have at this (with both more than holding their own musically), but the backbone of the film lacks any real ingenuity. At a certain point, the novelty starts to wear off, with Spirited simply plunking in musical numbers because it doesn’t know what else to do in the beats between more tender moments, which arrive so jarringly that the tone keeps veering wildly throughout. (To add to the overkill, the film even includes a deleted musical number during the closing credits, which is entirely unnecessary, especially since it refers to a scene that happened very early in the film.)

That becomes a problem because it throws the pacing of Spirited off wildly. Anders has built this narrative around a major twist, albeit one that anyone familiar with the source material will be able to spot from the North Pole. Once Anders makes his big reveal early on, Spirited slows to an absolute crawl. By this point, all the on screen energy in the world can’t make up for the lack of narrative momentum, leading to a film that feels like it might never end. It’s not an annoying film by any stretch – even though there are maybe only five or six genuine laughs in the entire thing – but Spirited never justifies its excesses.

The lackadaisical plotting, weak songwriting, and a retooled message about the dangers of cancel culture and social media instead of the story’s traditional condemnation of greed always threaten to turn Spirited into a lump of coal, especially during a third act twist that’s so dark it crosses a line into bad taste territory. But the effortless chemistry and overtime-working effort put in by Ferrell and Reynolds nearly saves it, as does some memorable supporting turns from the underrated Mani and Octavia Spencer, as the long suffering assistant to Clint that Present has a crush on. The people involved bring a lot of good will to Spirited. The actual content of the film, not so much. 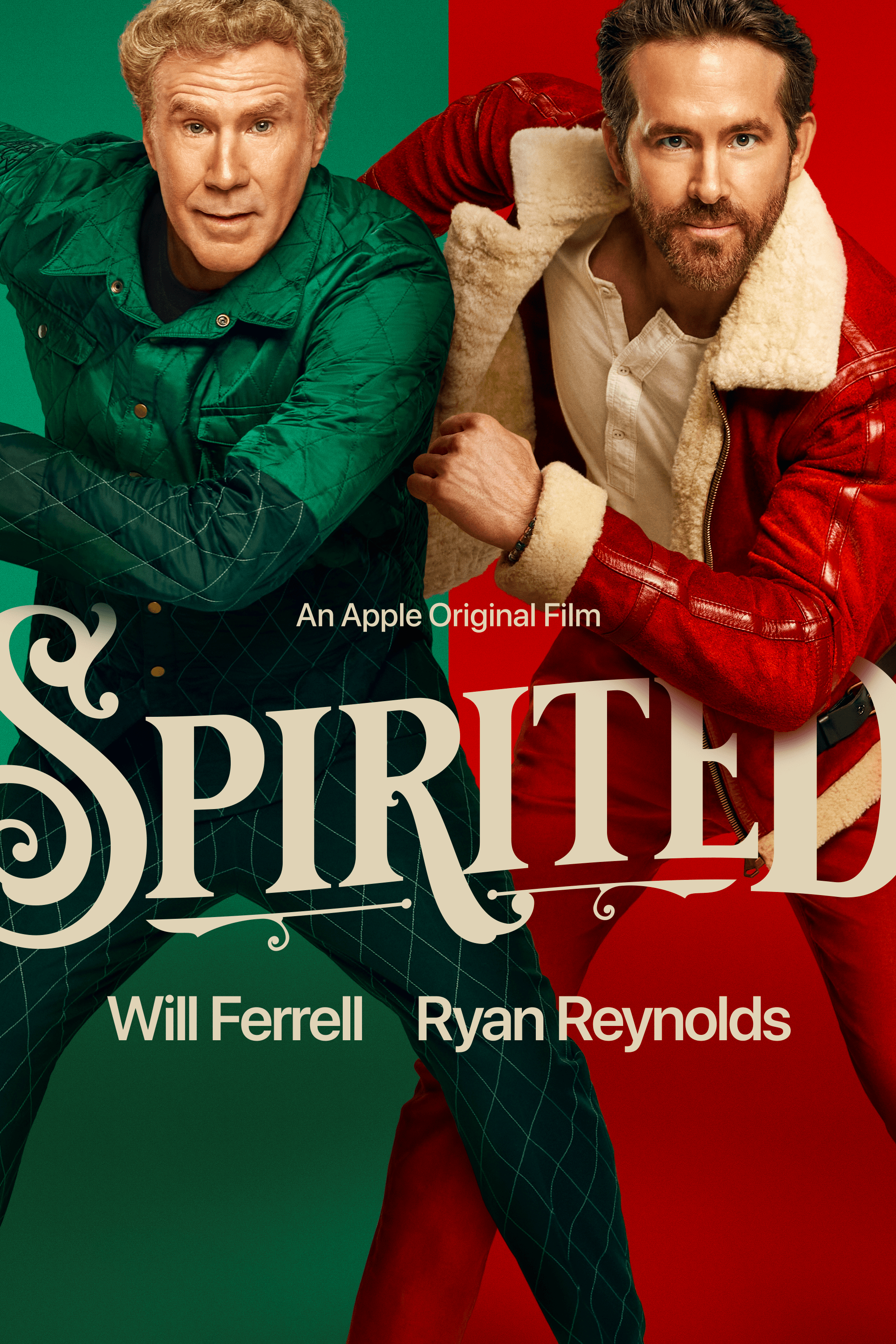