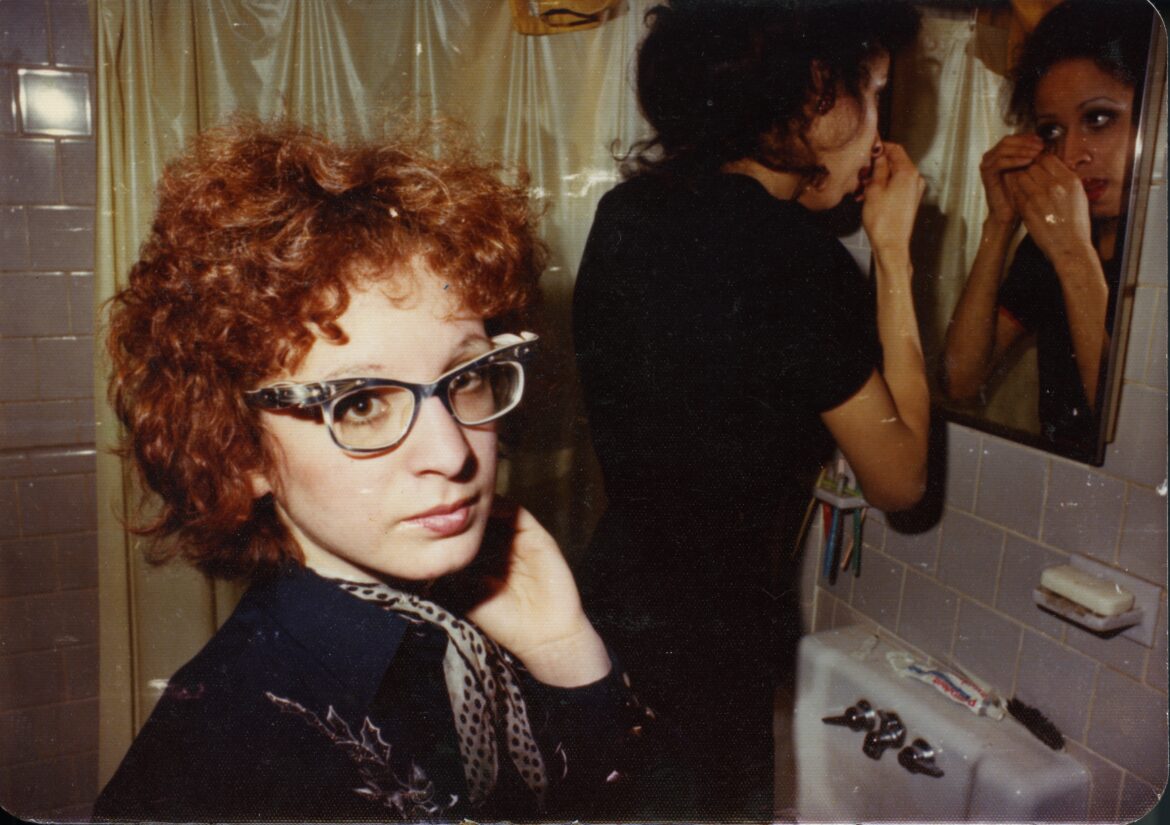 Laura Poitras’ award winning documentary All the Beauty and the Bloodshed is an enveloping work of heart and history. Telling the life story of photographer and activist Nan Goldin in the artist’s own words, All the Beauty and the Bloodshed focuses on a person who has been a friend, observer, and source of inspiration to anyone lucky enough to come into her orbit. Goldin’s life is never an easy one to encapsulate, and sometimes Poitras’ subject has a hard time talking about the freewheeling highs and heart stomping lows of the past, but few people have ever seen so much and used their influence within the art world to accomplish true cultural change outside their work.

There are two main threads in All the Beauty and the Bloodshed which exist on constantly weaving and intersecting timelines, with Oscar winner Poitras (Citzenfour, Risk) exceptionally showcasing how Goldin’s past influences shape her present. Goldin was raised in a family that tried and failed to put forward an image of people living a bucolic suburban American dream. Nan’s queer sister, Barbara, committed suicide at a young age, after bouncing around various asylums and hospitals. The trauma, pain, and fallout of Barbara’s suicide led to Goldin’s rebirth as a photographer and slideshow exhibitor, whose close knit circle of like minded, sexually progressive friends and collaborators became her family.

Goldin worked, thrived, and struggled in New York City when it was at its grimiest, grimmest, and, in some ways, most colourful era: the early 1980s. Goldin looks back on her sexual encounters (including her time spent as a sex worker, a period rarely discussed), drug use, adventures, and past relationships with the matter of factness of someone completely at peace with who they were and who they’ve become. But while Goldin obliges Poitras by providing lots of biographical details and context through voiceovers, interviews, and a wealth of archival materials, All the Beauty and the Bloodshed gets to the heart of what makes all great photographers tick: their ability to bear witness to things outside themselves.

In addition to carrying the emotional weight of being helpless to stop her sister’s suicide – something her parents almost refused to acknowledge – Goldin lost many of those closest to her amid the height of the AIDS epidemic. Her first love (David Armstrong), fellow shit disturber artist David Wojnarowicz (who nearly steals the show with his archival appearances here), and John Waters’ muse Cookie Mueller were among the many members of Goldin’s social and familial circle to be taken long before their time, with both her photographic work and Poitras’ film serving as a fitting testament to their collective contributions. Their struggles to be taken seriously as artists and to fight for their own lives during years when the Reagan administration and purse string holders failed to acknowledge or protect them provides All the Beauty and the Bloodshed with a rock solid historical lens through which Goldin’s present can be viewed. 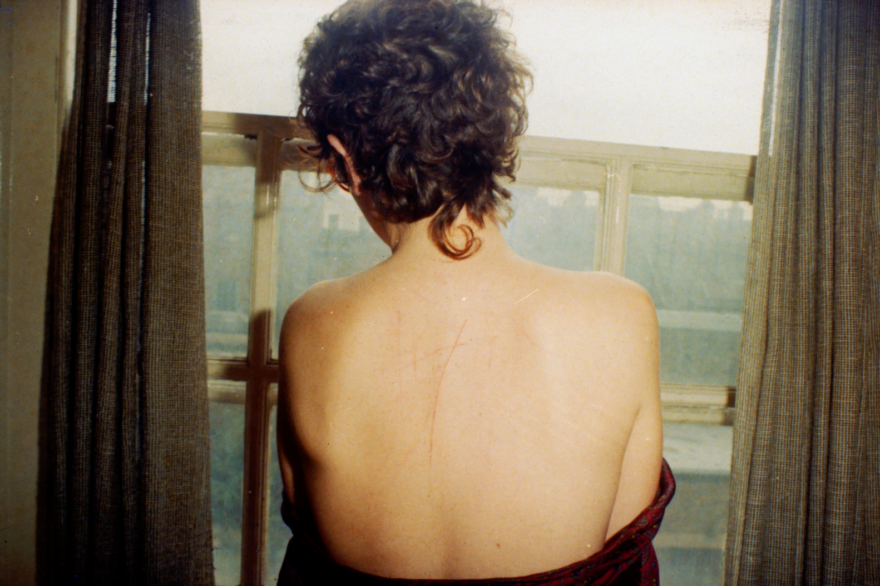 Today, Goldin finds herself fighting an equally personal battle against a new foe and epidemic that cuts directly to the heart of her work. Following emergency surgery, Goldin became addicted to opioid painkillers, particularly Oxycontin. Goldin has sought treatment for her addiction and made it through to the other side, but now her anger and ire has a new target. Oxycontin, the 1996 spark that ignited the current worldwide opioid crisis, is produced by Purdue Pharma, a company once run by the notorious Sackler family. While the Sackler name is now synonymous with catastrophe and human suffering, it’s also a name that shows up prominently as a sponsor of art galleries and universities around the world that exhibit some of Goldin’s works. Through the founding of the activist group P.A.I.N. (Prescription Addiction Intervention Now), Goldin is using her established influence in the art world to mobilize a movement and get the Sacklers’ name and money out of museums, galleries, universities, and hospitals. Goldin models P.A.I.N. and their large scale protests after the work done by ACT UP, the organization that stood up to apathetic, hateful lawmakers at the height of the AIDS crisis.

Poitras thoughtfully and intelligently creates the links between Goldin’s varied and rich experiences throughout All the Beauty and the Bloodshed. Taking cues from Goldin’s slideshow perpetually expanding magnum opus The Ballad of Sexual Dependency, All the Beauty and the Bloodshed is an expertly paced and edited look at the impact art can make, not only for the healing process of an artist who suffered through great traumas, but also to the world around them. Goldin’s evocative and iconic images are put to some of their best uses in Poitras’ film, with the filmmaker allowing those works to breathe new life into the present without being depicted in the most obvious ways. It’s often stated that the personal is always political for artists, but their past always finds a way to feel contemporary and informative to their present.

While Goldin sometimes struggles to find the right words as a public speaker and out front activist, she inherently understands the value of her work, influence, and advocacy. While her work might seem shocking, brutal, or potentially even mundane to the uninitiated, they point to larger truths about humanity, injustice, and a collective, overwhelming grief. All the Beauty and the Bloodshed (which shocked the cinematic world by picking up the Venice Film Festival’s coveted equivalent of Best Picture earlier in the fall) is a documentary that has the power to mobilize through the value of its artistry, the inspiration provided by its core subject, and by making people who have been marginalized for far too long feel less alone. 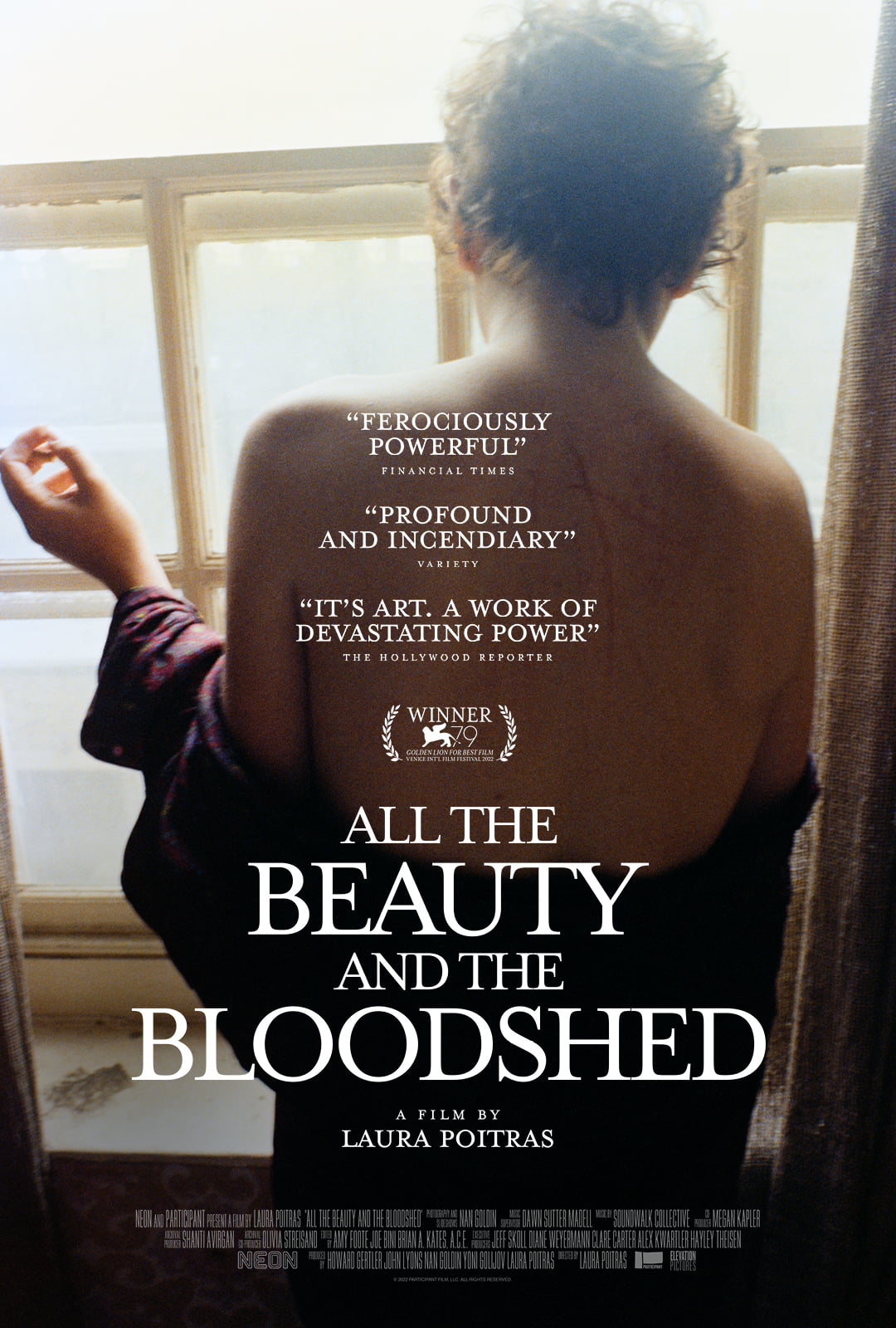 Movie title : All the Beauty and the Bloodshed
Director(s) : Laura Poitras
Genre : Documentary
The GATE
9.0 4.5 5