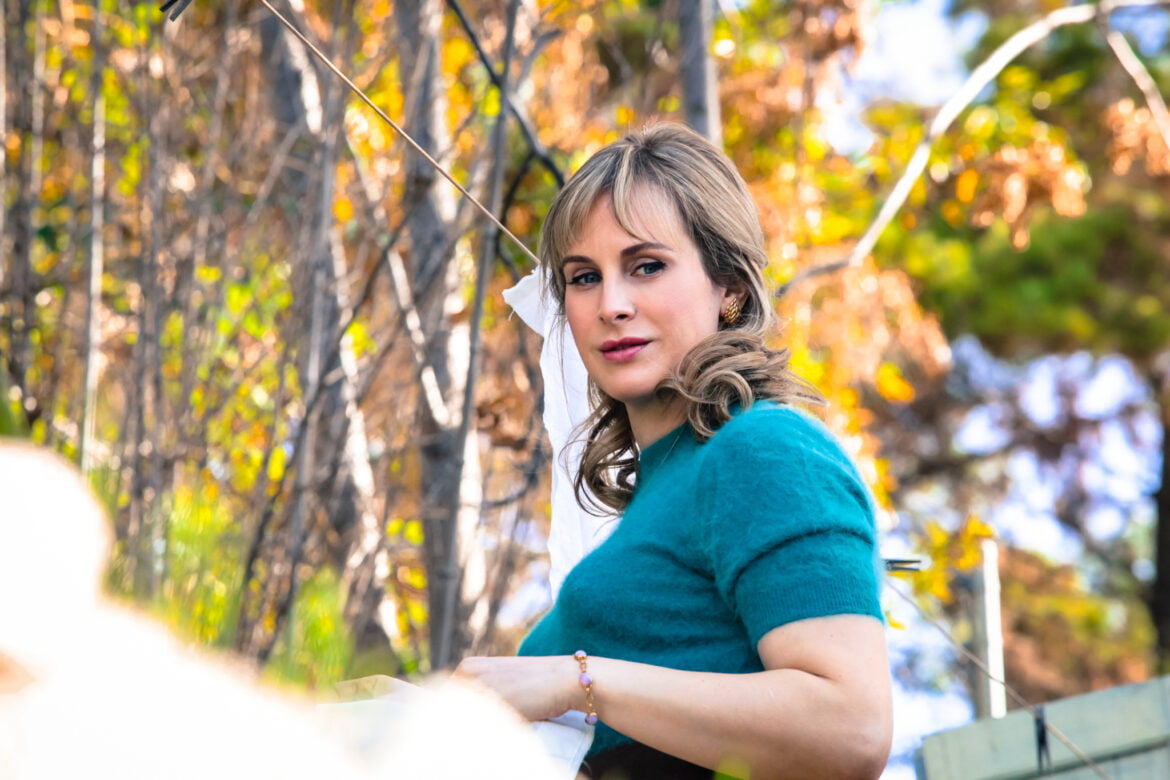 With their latest documentary Framing Agnes, filmmaker Chase Joynt once again reflects on transgender history to add context to the present. Much like their previous documentary – 2020’s outstanding No Ordinary Man, a look at trans musician Billy Tipton – Joynt’s latest picks a topic and asks people to reflect on what it means to them and their struggles in a modern context. While Framing Agnes is admittedly thinner than No Ordinary Man was, Joynt shows a genuine passion and interest when it comes to sharing stories and experiences within the trans community, with the results sparking captivating conversations and lessons.

The concept of Framing Agnes is somewhat experimental, but well reasoned. It’s built around research performed by UCLA sociologist Harold Garfinkel in the 1950s and 60s. In the wake of Christine Jorgensen’s headline grabbing transition, Garfinkel was busy interviewing and profiling trans people and their lives. Garfinkel’s research primarily zeroed in on a transwoman named Agnes (played by Zackary Drucker, who also appeared in No Ordinary Man), but there were others interviewed as part of the study, including a black woman and a teenager.

Joynt takes Garfinkel’s interviews and reimagines them visually as a Mike Wallace styled sit-down television program from the same era when Garfinkel’s study was taking place, with the director filling the role of host. Each of the interview subjects is cast with trans performers sitting in for their historical counterparts, with Joynt taking time to also ask these actors how they connect to their roles and how their experiences are similar and different. 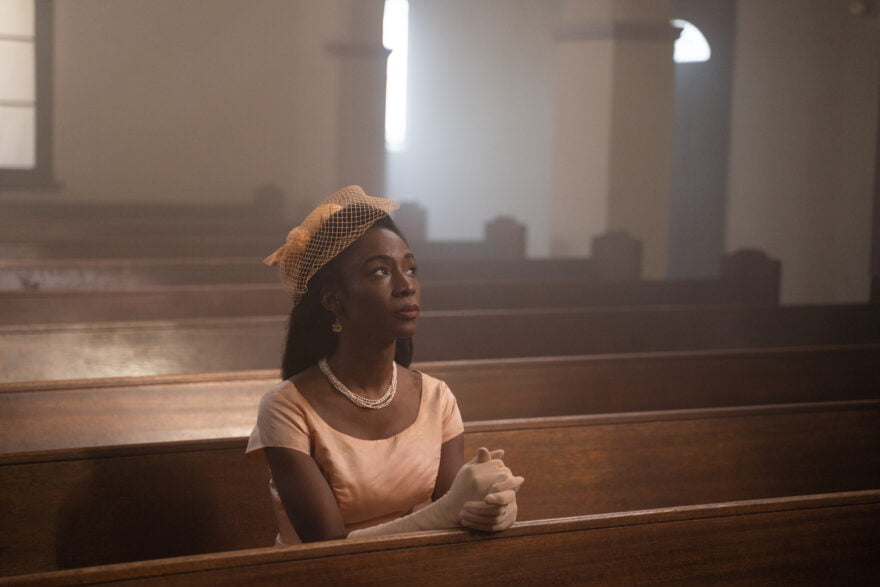 The purpose of the re-contextualized interviews is to place Garfinkel’s half-hearted exploration into trans culture and identity into the same format of television show that first exposed many heteronormative audiences to trans people in the first place. Talk shows often depicted trans people in the most salacious, questioning, and skeptical lights possible, trotting them out to exploit their “otherness” for the purpose of entertainment and shock value, not information.

That thread is an interesting one, albeit less successful than watching Joynt sit down with their cast and subjects for much richer one-on-one chats. No Ordinary Man was also built around a casting process to find someone who could play Billy Tipton, and while the similar approach worked well for that film, it doesn’t add as much here to see the fruits of the recreated study. The performances from Joynt and their scene partners are fine, but the real meat comes in the pre-and-post mortem discussions between the filmmaker and cast. In these reflections, Framing Agnes finds a lot of different ways to speak about struggles to find a sense of community, difficulties holding job, the sticky nature of disclosure, trying to afford surgeries, and even the meaning of intimacy. Those conversations inarguably mean more than the core gimmick of Framing Agnes. The film is providing something vital even when the actual framing device isn’t totally working beyond being a stylistic exercise.

But the real ace in the hole for Joynt is the participation of trans historian, writer, and researcher Jules Gill-Petersen, whose passionate, articulate, and confident appearances throughout the film add a lot of humanity. Not only is Petersen exactly the sort of guide Joynt is looking for to help guide viewers through this topic, but her own experiences and struggles with researching trans identities through history are just as compelling and heartwrenching to hear about as any of the filmmaker’s chosen “cast members.” Framing Agnes has a cool concept, but it comes most brightly to life whenever Petersen steps back into the picture.

Joynt is trying to accomplish a lot with Framing Agnes, and arguably too much to contain in a scant 75 minute film. As such, the film only briefly touches upon a lot of larger issues that remain on the periphery, such as racism, visibility, depression, and opinions and misconceptions on the nature of gender performance within the queer community. It’s not exactly handcuffed to its own gimmick, but it’s hard to say if it does the material any favours beyond making it a bit more cinematic. And even though it doesn’t entirely work in a formal sense, the conversations being had and stories being shared throughout Framing Agnes are truthful and moving. It works in the space where it has to the most. 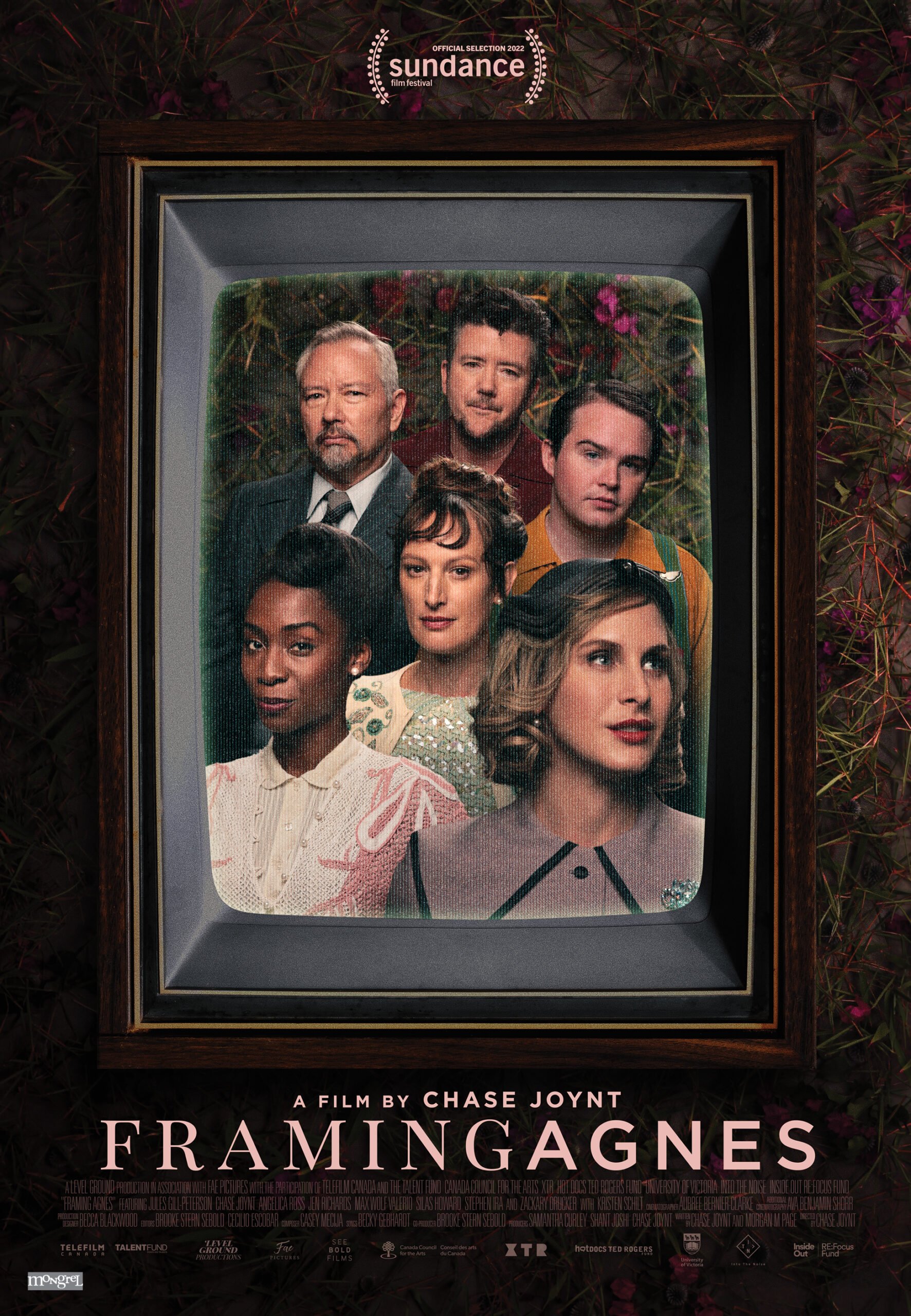